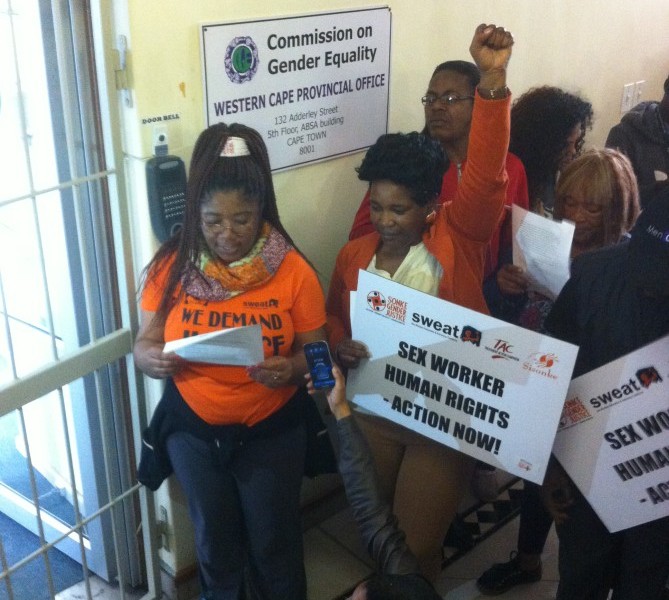 Earlier this year, the Commission for Gender Equality (“CGE”) came out in support of the decriminalization of sex work. Sonke staff was thrilled with this development because the CGE is an important institution. Their voice amplifies those of many others within civil society who have been calling for an end to the criminalization of the many women, trans-people and members of the LGBTI community who have been campaigning around this issue for years.

Many people still consider sex work to be a controversial issue. Here at Sonke we are in firm support of decriminalizing sex work because there are sound public health and human rights reasons for the move. South Africa is a signatory to many international commitments. The first is that we have agreed to reduce new HIV infections and ensure that people living with HIV have access to treatment. The second is that we have signed the Convention on the Elimination of All forms of Discrimination against women and the Universal Charter of Human Rights and we have the world’s most fabulous Constitution. Each of these binding documents are clear: unfair discrimination of the grounds of gender and/or sexual identity is illegal, and the abuse and harassment that sex workers endure at the hands of state officials, clients and others violates their rights to assembly, association, freedom of speech, dignity and sometimes, to life.

If you still aren’t sure why you should support the decriminalisation of sex work, check out our cool list*, and sign up to join our campaign!

Many countries around the world have adopted legal models that do not regard sex work as a crime. In Germany, the Netherlands, Senegal and Mali, sex work is considered a legal occupation and governments have passed laws that regulate and control the areas and situations in which sex workers are allowed to work. Although this model means that sex workers in those countries can access legal, health and social services, it is probably not the best model for South Africa as it relies on strict enforcement of law and would still allow police and others to discriminate against sex workers who do not operate in terms of the law.

Decriminalisation, by contrast, would involve removing all laws that make sex work a criminal offence. Laws and policy relating to sex work can exist but they must be designed to protect the rights of sex workers. This approach to sex work has been adopted by New Zealand and some states in Australia and evidence suggests that this approach, more so than any other approach to sex work, promotes sex workers’ engagement with public health services. It is also the only legal system that protects the human rights of sex workers and is the system that is most consistent with the South African Constitution.

For these reasons, Sonke not only supports the position taken by the CGE, but would encourage other statutory bodies, governmental institutions and individuals to stand with the CGE in its attempt to decriminalise sex work.

*Our list is based on a booklet published by the Open Society Foundation, entitled Ten Reasons to Decriminalize Sex Work 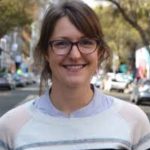