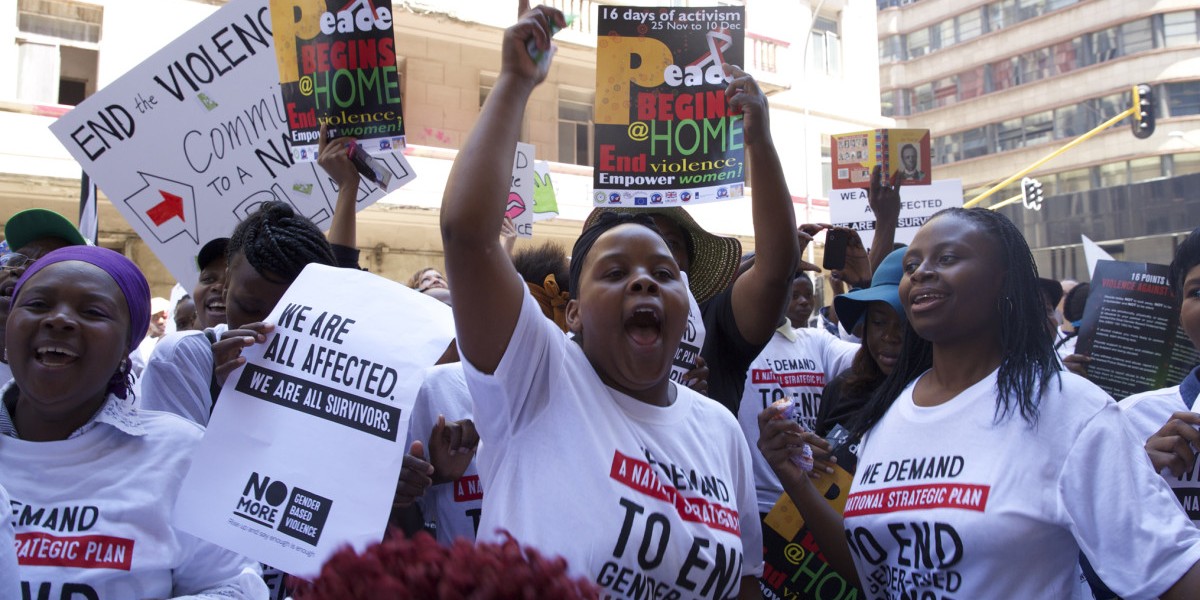 Sonke works with IRC against GBV in Cote D’Ivoire

Subsequent to our preparing issue 7 of this newsletter, the Ivory Coast has again been destablised by civil unrest. The disagreement over election results has divided the country with devastating effects for the humanitarian work being done in the area, including the work that Sonke and the IRC have partnered on. The project discussed in this article has thus been suspended.

After over decade of war, many women and children continue to be victims of rape and other gender-based violence in the Ivory Coast. In June 2010, Sonke began working in partnership with the International Rescue Committee (IRC) in the country. The IRC is trying to develop an appropriate model for working with men and boys to reduce gender-based violence in post-conflict settings.

“We are engaging men to be allies with women for the empowerment of women and girls to equally contribute to and access the benefits of reconstruction and peace in Ivory Coast,” said Sonke’s Refugee Health and Rights Coordinator Baku Firmin Kionga, who was deployed to work on the IRC project.

The work in Cote D’Ivoire is one of several similar projects that Sonke has with a number of organisations around Africa. This particular project has been built on the foundation established by NGOs such as MRI and IRC who have been working in this region for a number of years.

The partnership between Sonke and IRC is part of IRC’s Men and Women in Partnership initiative to prevent violence against women and girls. The IRC Gender-based Violence (GBV) project, launched in 2008 in six areas of the Cote D’Ivoire, includes technical support from Sonke and a survey by the London School of Hygiene and Tropical Medicine (LSHTM). The project seeks to strengthen the role of men as partners in preventing GBV and help women and girls realise their potential as respected, valued members of communities. A preliminary survey of the project showed that sixty percent of interviewed women had suffered violence from their partners and that only half of them had ever talked about it with someone. Moreover only one percent of the women who talked about the violence they experienced had received any support from NGOs or specialized agencies. The survey also showed that despite women’s economic contribution to their family, decisions regarding family expenses are in men’s hands.

Ivorian women and girls, especially in poor rural communities, are still confined to traditional roles and are exposed to abuse of all kinds.

Social norms about domestic violence sometimes encourage the violent acts and reinforce the silence about it. Domestic violence is regarded as a family matter. Women are often shamed for their presumed ‘bad behaviour’ and are considered to be in ‘need of correction’. A severe social stigma is attached to their supposed behaviour, and neighbours or even family members rarely intervene in domestic quarrels to protect women obviously suffering physical abuse.

Ivoirian law does address several forms of GBV, including physical assault, rape, female genital mutilation, forced and early marriage, abandonment of the family, sexual harassment, forced prostitution, adultery, and unequal inheritance rights. But legal reform (already initiated) is needed to define rape, create specific laws against intimate partner violence, incest, and levirate/sororate (types of marriage where a deceased man’s brother marries the widow, or where a husband enters into a marriage or sexual relationship with his deceased wife’s sister).“The Men and Women in Partnership initiative created and implemented with Sonke’s support urges individuals to speak out against sexual violence in all its forms with the aim of increasing the number of Ivoirians reporting gender violence and rape cases to authorities’, explained Baku Kionga.

But law enforcement is another challenge for women. Women who are victims of rape and domestic violence are often ignored when they attempt to report it to police. Lodging a complaint challenging because even police believe violence against women in the household is a private matter. If a woman presses charges or confides in professionals, family and community pressure is exerted on her to withdraw the charges. Referral services (especially on legal, medical and psychosocial matters) are also inadequate and often inaccessible to the population due either to the distance, the cost, a lack of staffing or poor quality of services. Knowledge among community members about legal provisions for violence against women is very low (especially amongst the rural female population). IRC’s GBV programme seeks to educate communities about the causes of violence and about the laws protecting women and also seeks to improve the provision of services to survivors.

The IRC initiative has mobilised men to participate in Men Dialogue Groups (MDGs) in six rural communities (Blapleu, Gogokro, Ouarebota, Zaoudrou, Zoukougbeu and Tobly Bangolo). Local IRC male field agents trained by Sonke’s Firmin Kionga and now overseen by his Ivorian counterpart, Tia Gogbeu, facilitate the dialogues. All six MDGs are in the midpoint of the curriculum and should graduate by the end of the year. While the MDGs are being trained, a parallel process is being undertaken with women in the same communities. There are no plans for the two groups to interact or take joint action, but the IRC is working on a new community mobilisation intervention that could see the two groups working together.

IRC is hoping to better understand the impact of violence on men, women, and children and the degree to which women feel safe enough to disclose domestic abuse. IRC also wants to understand how effective the MDGs are. The London School of Hygiene and Tropical Medicine will conduct a formal evaluation centered on several questions: Has there been a positive shift in the roles and behaviour amongst members of the MDG? Has gender equitable behaviours in their households improved? Have MDG members used their new anger management skills? Is there a reduction of violence amongst group members? “The change of behaviour and attitudes is a long-term process. 16 weeks of MDG facilitation is just a starting point, and we do see some tiny examples of self-reported change,” said Monika Bakayoko-Topolska, IRC GBV Coordinator. “One woman reported, ‘I have carried only one bag of coffee for the first time since I got married. Usually it is women’s work to carry all the load of agricultural products from the field.’ One man said, ‘When I get angry I think about the group members and I manage to control myself and not beat my wife.’ A third member said, ‘we learn so much in here (in the group) and I wonder how do I teach my children all of those things.’”

IRC field staff has reported that men are motivated and are committed to participating in the MDGs, and some men have come even if when sick.