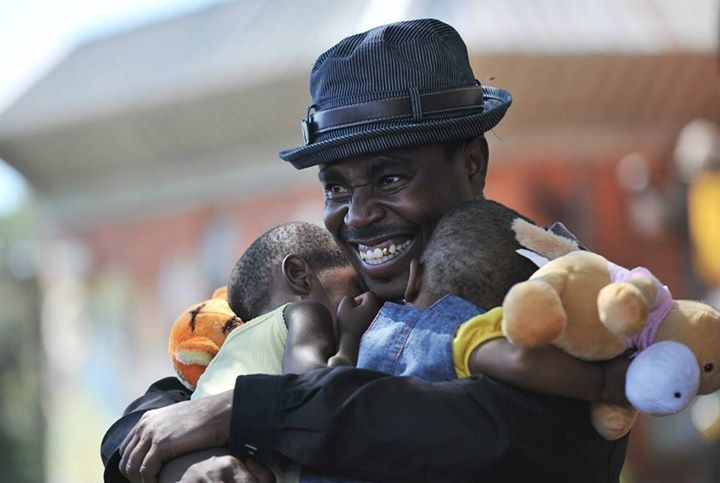 The dad who was really there

June 15 marks the fourth Father’s Day I’ll spend without my dad. He died in January 2011, which means that, for me, the day most people get together to celebrate their fathers has become a poignant reminder that he is no longer with us.

The first few years after his death were incredibly hard. But, this year, as I look at the advertisements for shaving cream and cologne, I am no longer filled with overwhelming sadness. Instead, I will be celebrating the wonderful father that I had and reflecting on a life well lived.

Goodness knows, my dad was an expert at living well. To this day, I haven’t come across another human being who lived with such gusto. My father had the fantastic quality of making the most mundane activities seem like adventures.

For as long as I can remember, a hilarious afternoon ritual would unfold in our kitchen. My father would begin: “Tanya, please make me a cup of tea, but do it properly! First warm my mug with hot water, then add milk and the tea bag and pop it into the microwave before you add hot water.”

While I laboured to make the world’s best cup of tea, my dad would begin laying an array of cakes and buns on the table. We would sit together at the table and he would eat as though it was the first time he’d ever tasted such confectionery.

This is how I recall my father: a big man, sitting at our kitchen table, drinking tea and gleefully stuffing delicious food into his mouth.

When I describe my dad to friends and colleagues, when I speak of the many adventures we undertook as a family, a strange silence usually settles in the room.

What typically starts off as a jovial account of fishing trips and recollections of his fart jokes soon gives way to a deeper discussion about absence and longing.

Over time, I have come to realise that the relationship I had with my father was rare, because so many fathers are absent, or angry, or in and out of their children’s lives.

We place huge emphasis on the value and importance of mothers. Hardly an acceptance speech, a dedication in a book, or a tale of overcoming odds fails to contain the phrase “I couldn’t have done this without my mother” or words to that effect. And so it should be.

Mothers, or women who mother, are instrumental to the functioning of society; they play an important role in the upbringing of children. Women do most of society’s nurturing and caring, often under the toughest conditions.

But it isn’t the job of women to do this alone. Indeed, their continued roles as the sole carers in many families buttresses the idea that this is the “natural order” of things. This idea – “that women are caring and men are not” – absolves men from being positive and engaged fathers. Though many wonderful people have been raised in single-mother households, we can’t continue to believe that the absence of good fathers in children’s lives is fine as long as mother is there.

Thankfully, there are increasing numbers of men who do not shy away from being engaged fathers. It isn’t an easy journey. Men in our society are not always raised to be good communicators, or to be in touch with their feelings.

Dealing with the mundane administrative chores associated with changing nappies and cleaning bottles isn’t fun, especially when you have been raised to believe that they aren’t really part of your job description. But all of these are part of the journey of fatherhood.

You don’t get the graduation speech from your daughter saying, “This wouldn’t have been possible without my dad” if you haven’t put in the emotional work.

My father loved me fully, through the grit and wonder of my own childhood. His love and devotion, his vulnerability and humour – these have made me the woman I am today. It isn’t a coincidence that I spend my working days advocating a world in which more men are good fathers.

I grew up knowing that a model of manhood that encourages men to be emotionally engaged and to display love is not only possible – it’s already here. The job ahead is to pass it on and make it the norm rather than the exception.

I was lucky to experience my father’s love because, even now, in his absence, it propels me onwards. Happy Father’s Day, daddy! Thank you.