Nkosiyethu Joe Fumba was an abused man but like many other men who suffer abuse from their wives or girlfriends, he remained silent about it. Now he is dead.

At about midnight on March 3, his wife Zandi allegedly poured hot oil on him while he was sleeping.

She allegedly threw some more oil on him as he tried to flee.

Last week, his neighbours from Ennerdale, south of Johannesburg, related how Fumba was locked out of the house by his wife.

Cynthia Jasmith said she had warned Fumba that his wife of more than 20 years would one day kill him.

“A few days before he was burnt with hot oil, he came to my house bleeding.

He said his wife had hit his forehead with a cold iron. I cleaned the wound and he went home.

“I warned him about his wife and that she would end up killing him.

“I told him that he should do something about the abuse. All he said was that he loved his wife,” Jasmith said.

Another neighbour, Lillian Davis, said she had found Fumba sitting outside his yard crying hysterically.

“He was screaming ‘help me’. His skin was falling off. 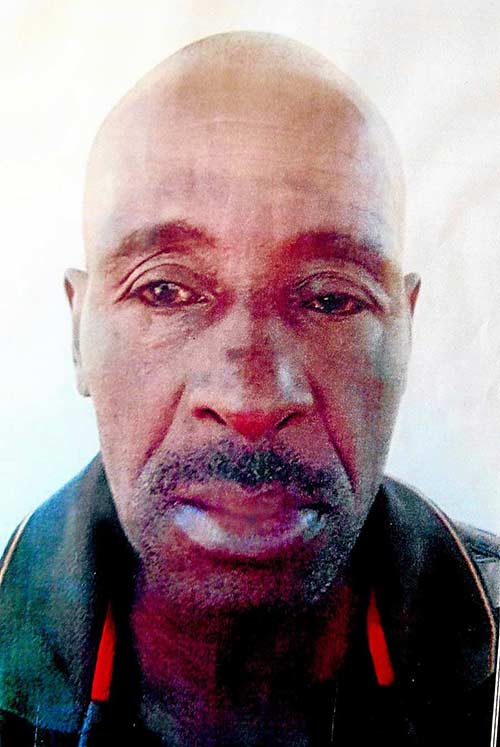 “He was badly burnt and he wanted to lie on his back but I could not let him because he was hurt.

“I woke other neighbours and he said he was cold. We waited for an ambulance to take him to hospital,” said Davis.

Fumba died from his injuries on March 8 at Chris Hani Baragwanath Academic Hospital in Diepkloof, Soweto.

Neighbours said Fumba was a loving and well-respected man in the community.

“He died a painful death. I will never forget that day. It was horrific,” said Davis.

“We knew he was being abused but there was little we could do. We never visited their home.

Zandi had alienated him from us. We gave up on trying to help him because he would not listen.

“My brother loved his wife. He knew that she would kill him one day,” Yose said.

When Sowetan visited the house on Friday, preparations for Fumba’s burial were being made.

The house was reeking of oil. The team was showed the mattress Fumba was sleeping on when he was burnt with oil. It was partially burnt and was still dripping with oil.

Fumba was buried at the Roodepoort Cemetery on Saturday.

Zandi was expected to make her second appearance on a charge of murder in the Lenasia Magistrate’s Court today.

Both society and police make it difficult for abused men to speak out, said Moshate founder and director Mashilo Mnisi.

Moshate is an organisation that was established five years ago, with its headquarters based in Johannesburg. It helps abused men with counselling.

Mnisi told Sowetan that in the eyes of communities, man abuse does not exist.

“There is a problem within our society. As men, we do not have a voice when we are abused. It’s common to see men who are abused by women but because this type of abuse does not exist in [the eyes of] our communities, men are scared of reporting it.

“Abused men suffer even more because when they go to police stations, they are discriminated against by the police. There are cases where they are told to go home and solve their problems like men,” Mnisi said.

He said even government does not recognise man abuse, which was adding insult to injury.

Department of Social Development spokeswoman Lumka Oliphant did not respond to requests for comment.

Mnisi said the organisation helped men who were abused physically, psychologically and socially. The organisation holds workshops to educate and encourage men to speak out against their abuse.

The organisation has a branch in Sedibeng in the Vaal and will hold a workshop under the theme “Justice for fathers: Human Rights Day Workshop” at the University of Limpopo, Turfloop campus, next Monday.

Mnisi called on abused men to take a stand. “Do not suffer in silence,” he said.

Sonke Gender Justice spokesman Mbuyiselo Botha echoed Mnisi’s sentiments, adding that in society, violence against men was considered a non-issue. “What promotes the culture of silence is stigma. You will be told that it is against the norms and standards which are for a man.

“This culture is encouraged at home, in the workplace and traditional settings. But to men out there, remember that you are a better man when you seek help,” said Botha. He said the organisation had worked with a number of government programmes on men’s forums.