“There is a misplaced belief that the battle against AIDS is over. I am here to say to partners and funders that the battle is not over yet. There is a lot that still needs to be done. I am saying to partners and funders: Get your heads out of the sand and re-prioritise your resources and energies to fortify the response against AIDS. This head-in-the-sand approach has characterised our response to AIDS in the early years of the epidemic and it continues today”, said former Sonke Gender Justice board member and Executive Director of INERELA, the International Network of Religious Leaders Living with HIV today at the closing plenary session of the 18th International Conference on AIDS and STIs, which ends today in Harare, Zimbabwe.

She also challenged cultural issues that make it difficult to respond to HIV. “I am a Zulu woman and I am proud to be Zulu. But there are certain practices that need to be challenged”, she declared.

For instance, “we have the reed dance and young women get tested for virginity. But we don’t have a culture where boys should prove they are virgins”, Mabizela said, to loud applause from the audience.

“This is a patriarchal practice. There is also the issue of hierarchy. Why when I have to take decisions as a woman do I have to consult with my husband or my father? These are gender issues that we need to address as African societies”, she added.

“Some rituals are dangerous and even lethal. Traditional male circumcision is one of those practices. In some settings, we have properly trained people who carry out traditional circumstances and in others people are not trained and young boys lose their lives as a result. Other such rituals are female genital mutilation (FGM) and virginity testing”.

“I have a problem with men dressed in suits telling me that these practices are part of our culture, yet the very suits they are wearing are not cultural. That is selective transformation.”

“Gender stereotypes need to be challenged. The way boys and girls are socialised differently is often problematic. That’s why we have a situation where boys and men present late for HIV services – when they are already ill and often die of AIDS-related causes”, she said.

“As religious leaders, we have a cone a long way since the advent of HIV and it’s important to embrace positive theologies when we speak about the epidemic. It is unfortunate that we have used some of the Scriptural texts – be it the Bible, the Qur’an or traditional African religion – to discriminate against people living with HIV. We also have a narrow understanding of sexuality. Hence, many of us do not accept people of different sexualities. The procreation versus recreation debate has done a lot of harm and continues to discriminate against people of different sexualities. We believe that sex is for procreaton. Well, that is a lie. Sex is also for recreation.”

“It is important to eradicate homophobia and transphobia. Being a religious leader does not give you a right to discriminate. We must empower ourselves with information so that we understand people who are different from yourself. Life is a sexually-transmitted condition. We need to be open about talking about sex”, Mabizela said.

“Finally, let us do things in a different way. Let us take the road less travelled and make a difference in people’s lives. Let us use religion and culture in a positive way to encourage those who want to be tested and those who are living with HIV. Getting tested is the first step towards life in abundance. Let us walk together. We can end AIDS”, she concluded. 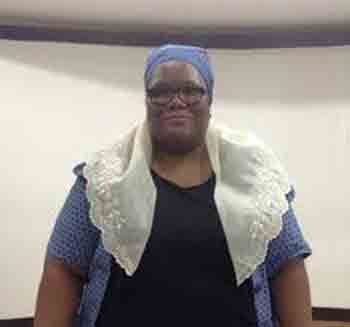