I must begin by thanking you for the recognition you bestowed on the many gender equality and women’s rights organisations in the country, in your speech on National Women’s Day. 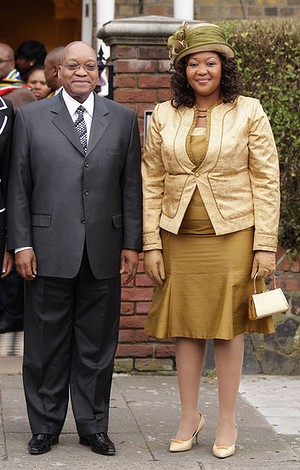 You said, “[Government] are therefore pleased to work with projects such as Brothers for Life… Soul City and the Sonke Gender Justice [Network].

I am writing to you because I am deeply concerned that, whether you are aware of it or not, you publicly rejected this principal tenet of their work, which you profess to support.

On ‘People of the South’, you said, “…I wouldn’t want to stay with daughters that are not getting married. Because that in itself is a problem in society. I know that people today think being single is nice. It’s actually not right. That’s a distortion. You’ve got to have kids. Kids are important to a woman because they actually give an extra training to a woman, to be a mother.”

According to you, unmarried women are a “problem in society.” And according to you, a woman should have kids (they are “important”), in order for that woman to get “an extra training.”

I cannot speak for the other organisations, but that is not what Sonke stands for. Sonke believes that everyone can play a positive role in society, everyone old and young, of all races, across the full spectra of sexuality, of gender and of physical sex.

Sonke believes that all people should be free to choose who they have sex with, have children with, and have romantic relationships with. This includes the freedom to choose not to have sex, not to have children, not to be in one, or many, relationship/s. Sonke also believes that women do not require “extra training”, whatever that is, and that a woman is no less of a woman if she is not a mother, or is not in a relationship.

In South Africa today, lesbians are killed for not conforming to the patriarchal ideal of womanhood: married to, or in a relationship with a man, and bearing children for him. Your comments condemning single and childless women feed directly into the culture of violence against lesbians. It is bad enough that some men in South Africa’s feel they need to ‘correct’ lesbians to fit their narrow-minded view of women. Naming single childless women of all sexual orientations as a “problem” will surely not do anything to reduce violence. When this sentiment comes from someone as powerful as you, it reinforces the idea that there is something horribly wrong with women who choose not to have children. Men do not have the right to limit the choices that a woman can make about her own life.

We call on you to reaffirm the unambiguous commitments to gender equality and women’s rights that you made on Women’s Day. The anti-women comments attributed to you are starkly at odds with those pronouncements.