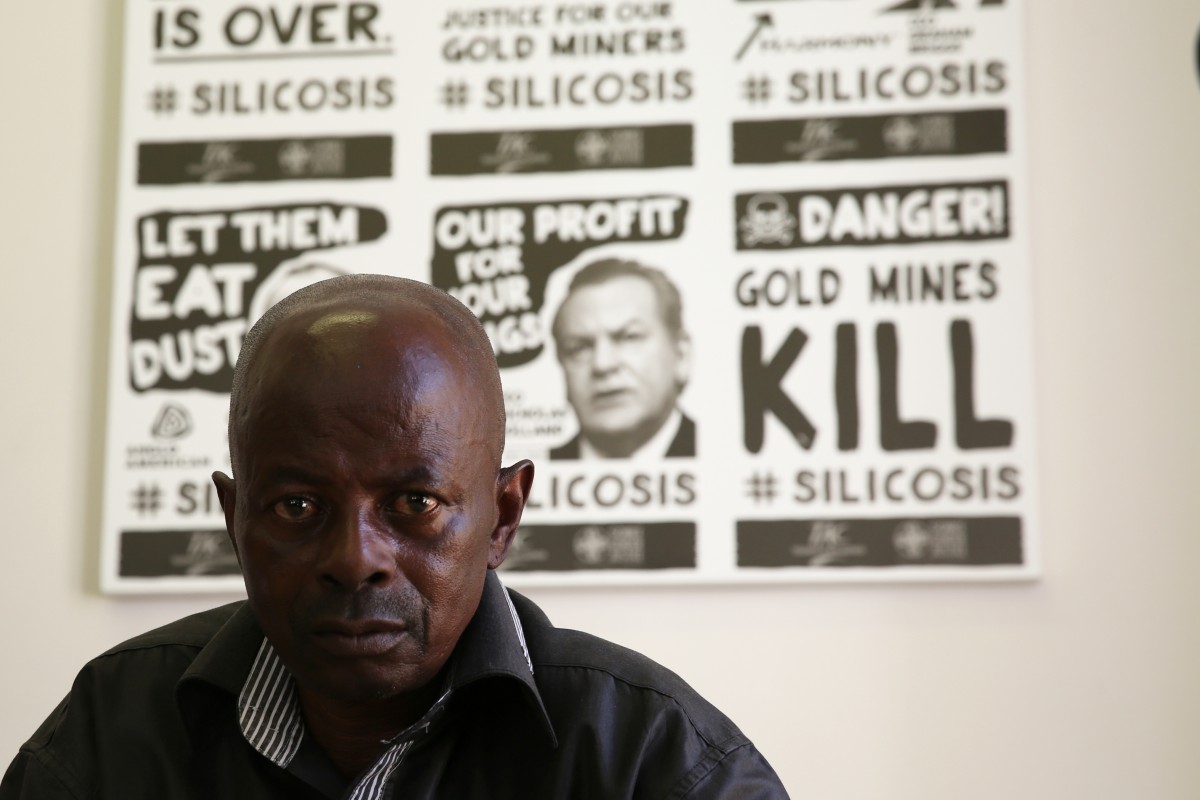 Mr Tshidiso Thulo worked in the South African gold mines for 38 years. He was released from his job in 2009 due to the effects of silicosis, a debilitating lung disease caused by inhaling silica dust underground. As the mining industry meets in Cape Town for the Investing in African Mining Indaba, the largest conference dedicated to the development of mining interests in Africa, men like Mr Thulo and the women and children who care for them, live daily with the effects of an entirely preventable disease.

During a press conference hosted by Sonke Gender Justice on Tuesday 7 February 2017, Mr Thulo spoke of the hardship endured by his wife who cares for him and his daily struggles for food and access to health services. Describing the lack of safety in the mines which led to the disease he said: “We’d blast and burn and then close our nose with our own hands.” After a period of just seven seconds, the miners would return to the work of drilling and blasting, remnants of the hazardous silica dust, remaining in the air.

Alice Magala, 24, broke down when she spoke of her father’s death. He’d worked in the gold mines and died from silicosis. She is demanding compensation from South African mines for their alleged lack of safety precautions.

In May 2016, the South Gauteng High Court handed down a judgment in favour of 69 mineworkers, who represent tens of thousands of former gold mineworkers and their dependents, in the certification proceeding for a class action. The mineworkers, represented by Richard Spoor Attorneys (Spoor), Abrahams Kiewitz Inc (Abrahams), and the Legal Resources Centre (LRC), sought certification of a class action aimed at seeking accountability from 32 gold mining houses for their failure to prevent and treat silicosis.

Sonke together with the Treatment Action Campaign (TAC), represented by SECTION 27 intervened as amici curiae (friends of the court), and submitted evidence on the gendered impact of the mining-related lung diseases, including the unpaid care-giving provided by women and children in mine-sending communities and the ripple effects of having to dedicate time, money, and personal well-being to provide this care.

In June 2016, the gold mining companies applied for leave to appeal against the judgment and partially succeeded with their application. Their application was successful only insofar as it related to one aspect of the case, prompting the mines to petition the Supreme Court of Appeal (SCA) directly.

In September 2016, the SCA granted the mining companies leave to appeal on all aspects of the certification granted by the South Gauteng High Court, resulting in further delay for the thousands of people affected. People like, Mrs Nomziwonke Jamela, the wife of a former mineworker who worked in the gold mines for decades. During the press conference, she made a direct plea to the mining sector to take responsibility for their actions:

During Tuesday’s press conference, Sonke’s Co-Executive Director, Dean Peacock, called out the mining industry for their silence on the issue. “It’s a egregious violation of people’s rights,” he said.