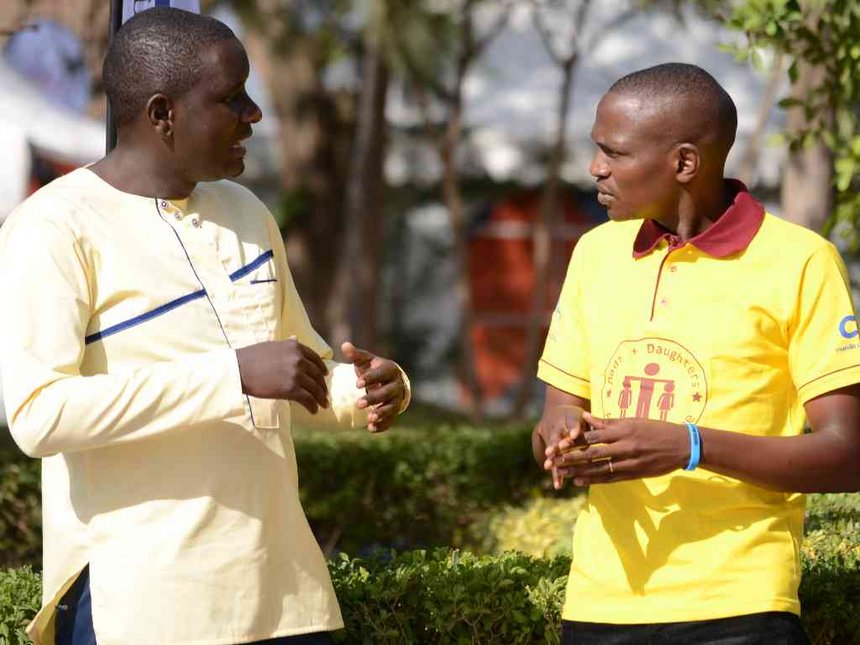 Two men in Kenya are rallying against the myths that perpetuate the violation of women’s and girls’ human rights through the centuries-old cultural tradition of female circumcision, more commonly known as female genital mutilation.

Elias Muindi attributes the popularity of female circumcision in certain communities to myths that girls are more likely to be married if they have been circumcised – even though there are no health benefits to the practice.

They work separately, but both men are ardent campaigners against female genital mutilation and promoting the rights of girls and women.

Tony spearheads the Men End FGM campaign from his web page and writes a blog on the need to end the damaging practice of female circumcision often performed without informed consent on girls up to age 15, although younger girls, even infants, and older women are subjected to the procedure. Elias is an activist with the Kenya Men Engage Alliance, which uses contemporary channels to reach out to boys and men to fight the acceptance of female genital mutilation, which is banned in Kenya and 24 other African countries.

There is a general perception, says Tony, that the practice is controlled by the mothers, aunties and grandmothers who take young girls, often in secret, to either a traditional circumciser or, increasingly, to health providers. But men, they point out, are complicit.

Tony and Elias also believe it will take a critical mass of men to break through the myths.

“Men can foster positive beliefs and attitudes and raise awareness on the impact of female genital mutilation to the health of women and girls, which can promote behaviour change in men and boys through the identification and promotion of positive notions of masculinities,” explains Elias.

Using films, role models and Twitter, under the tagline #MenENDFGM, both men are demonstrating the harmfulness of female circumcision through candid discussions with boys and men, including religious leaders.

“That boy we ignored 15 years ago while sensitizing the community is possibly a young man who now supports female genital mutilation,” says Tony of the need to overlook no one.

Dr Joyce Lavussa, a reproductive health expert with the World Health Organisation (WHO), is optimistic that the increased high-level advocacy efforts by such men as Tony and Elias will greatly broaden the needed awareness on the damaging effects of female genital mutilation.

The targeted advocacy campaigns with men and the enforcement of policies, laws and guidelines (typically by men), with an emphasis on multidisciplinary and multisector approaches, she says are concrete and realistic efforts in the fight against female genital mutilation.

“We need to provide both the technical and financial support for systems strengthening. We also need to support community engagement and social accountability as we work towards the abandonment of female genital mutilation,” says Dr Lavussa.

Female genital mutilation is a global public health concern, affecting at least an estimated 200 million girls and women with lifelong damage or complications, including severe pain, excessive bleeding, infections (such as tetanus), urinary problems, psychological problems and life-threatening circumstances for pregnant women and their babies during labour.

In addition to its advocacy for enactment and better enforcement of laws against the practice and its health-care worker training, WHO is researching the psychological impacts on girls, women and men in high-prevalence countries to generate evidence for better management of the long-term consequences and for strengthening prevention efforts.

WHO and UNICEF estimate that more than 3 million girls younger than 15 years are annually at risk of female genital mutilation or cutting. The procedure entails the partial or total removal of the external female genitalia and other injury to the female genital organs for non-medical reasons.

“Sadly, men are made to believe that marrying an uncircumcised girl is like marrying a baby,” says Tony. “We need to challenge this status quo. I urge the men to join in this fight, and together we can bring the generational change we yearn for,” he adds.

This article appeared in The Star, 6 February 2019