Important remarks from John Stewart on the Daily Show about race, violence and inaction. Manoeuvring to shift the debate away from the real issues and the continued oppression of Black people in the USA – through confederate symbols and confederacy – his use of the term racial wallpaper refers to issues we are facing in South Africa too with celebratory symbols of oppressors still standing:

“I honestly have nothing other than just sadness once again that we have to peer into the abyss of the depraved violence that we do to each other and the nexus of a just gaping racial wound that will not heal, yet we pretend doesn’t exist. And I’m confident, though, that by acknowledging it, by staring into that and seeing it for what it is, we still won’t do jack s—. Yeah. That’s us.

And that’s the part that blows my mind. I don’t want to get into the political argument of the guns and things. But what blows my mind is the disparity of response between when we think people that are foreign are going to kill us, and us killing ourselves.

If this had been what we thought was Islamic terrorism, it would fit into our — we invaded two countries and spent trillions of dollars and thousands of American lives and now fly unmanned death machines over five or six different countries, all to keep Americans safe. We got to do whatever we can. We’ll torture people. We gotta do whatever we can to keep Americans safe.

Nine people shot in a church. What about that? “Hey, what are you gonna do? Crazy is as crazy is, right?” That’s the part that I cannot, for the life of me, wrap my head around, and you know it. You know that it’s going to go down the same path. “This is a terrible tragedy.” They’re already using the nuanced language of lack of effort for this. This is a terrorist attack. This is a violent attack on the Emanuel Church in South Carolina, which is a symbol for the black community. It has stood in that part of Charleston for 100 and some years and has been attacked viciously many times, as many black churches have.

I heard someone on the news say “Tragedy has visited this church.” This wasn’t a tornado. This was a racist. This was a guy with a Rhodesia badge on his sweater. You know, so the idea that — you know, I hate to even use this pun, but this one is black and white. There’s no nuance here.

And we’re going to keep pretending like, “I don’t get it. What happened? This one guy lost his mind.” But we are steeped in that culture in this country and we refuse to recognize it, and I cannot believe how hard people are working to discount it. In South Carolina, the roads that black people drive on are named for Confederate generals who fought to keep black people from being able to drive freely on that road. That’s insanity. That’s racial wallpaper. That’s — that’s — you can’t allow that, you know.

Nine people were shot in a black church by a white guy who hated them, who wanted to start some kind of civil war. The Confederate flag flies over South Carolina, and the roads are named for Confederate generals, and the white guy’s the one who feels like his country is being taken away from him. We’re bringing it on ourselves. And that’s the thing. Al-Qaeda, all those guys, ISIS, they’re not s— compared to the damage that we can apparently do to ourselves on a regular basis.

So our guest tonight is an incredible person who suffered unspeakable violence by extremists, and her perseverance and determination through that to continue on is an incredible inspiration. And to be quite honest with you, I don’t think there’s anyone else in the world I would rather talk to tonight than Malala. So that’s what we’re going to do. And sorry about no jokes.” 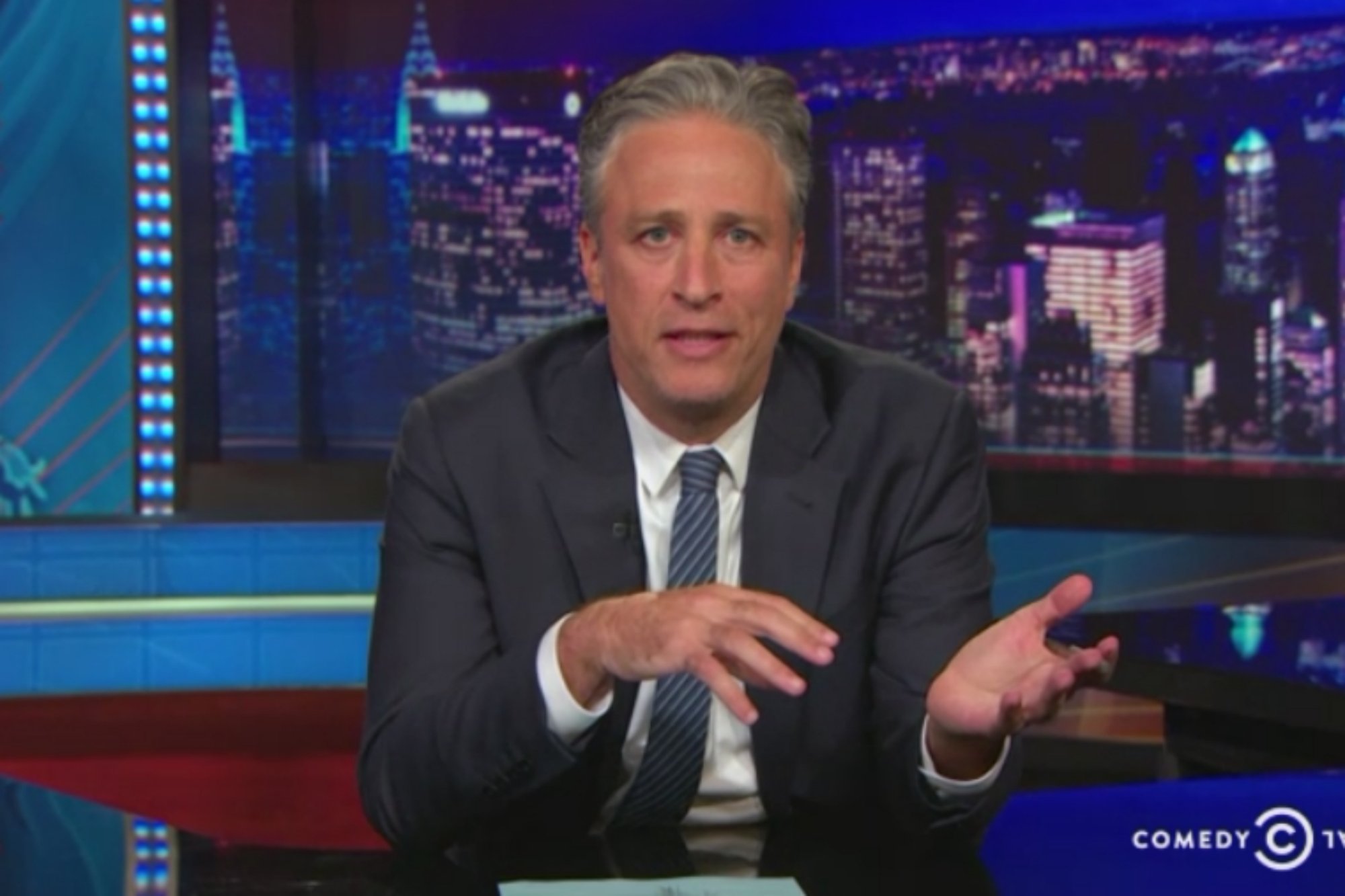 Jon Stewart on Charleston: ‘We Still Won’t Do Jackshit’
www.thedailybeast.com
Jon Stewart dropped his usual news satire Thursday and opted for a passionate five-minute commentary on the massacre at a historic black Charleston church that left nine people dead.

Dialogue to focus on safety of women