Learners and inmates engage in debate

On Tuesday the 30th October, Sonke’s Cape Town prisons team organised an event at Goodwood Correctional Centre that brought together school learners and inmates to discuss issues facing the youth and HIV. 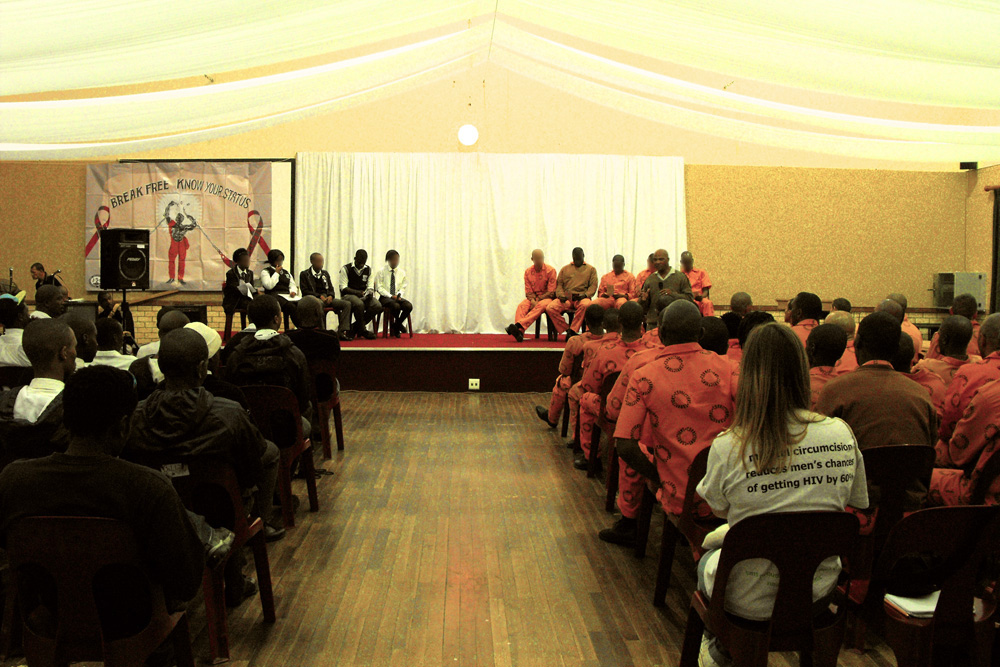 Sonke staff and the Refugee Health and Rights Community Action Team (RHR CAT) arrived to the sounds of the Goodwood Jazz Band warming up. Happy to reunite with the band, Welcome, a former inmate at Goodwood and now Sonke member, crooned along while we prepared the hall for the debate. A team of high school learners from Hector Pietersen High was to go head-to-head with a team of inmates in a discussion style debate. The teams were informed of the rules before the event began, and how the scoring would work.

Over 175 people attended the event, including high schoolers, inmates, DCS members, the RHR CAT and Sonke staff. Once everyone had arrived, the band opened the day with some smooth RnB funk sounds, pleasing the crowd. Mr Olifant, a DCS member at Goodwood prison, followed, preaching to the audience about making sacrifices in one’s life in order to grow and serve one’s god.

The debate began. The discussion questions focused on the role and possible roles that young people can play in the fight against HIV and AIDS. Overall, the inmates’ team stressed that young people are not doing enough to prevent HIV, and are instead perpetuating it even though they themselves are the victims, while the school learners stressed that there are already many campaigns and projects involving young people, that work to reduce the spread of HIV. Medical male circumcision (MMC) was also a big topic. Although the inmates beat the students from Hector Pietersen during a Youth Day debate in June, this time the students came prepared and out-manoeuvred the inmates.

Sonke is encouraging prisons in the country to offer MMC as a free health service to inmates, as part of a comprehensive HIV prevention health package. One of the goals for holding this debate is to open up discussion amongst young people and inmates about MMC with the intention of increasing its social acceptability and the demand for the procedure and its health benefits.

After the debate, we heard some more pleasant music form the band and then we all trooped off to the field for the Peer Educators’ graduation ceremony and a three-way soccer tournament. Graduating Peer Educators have been through intensive One Man Can training with the prisons team, and are charged with being leaders and role models inside the Goodwood correctional facility. They are responsible for sharing the information they learned about HIV, violence and human rights with their fellow inmates in the prison. Sonke staff work with the peer educators on a monthly basis, supporting their outreach to other inmates, and providing additional training along the way. The peer educators are a vital continuation of Sonke’s work behind the bars. 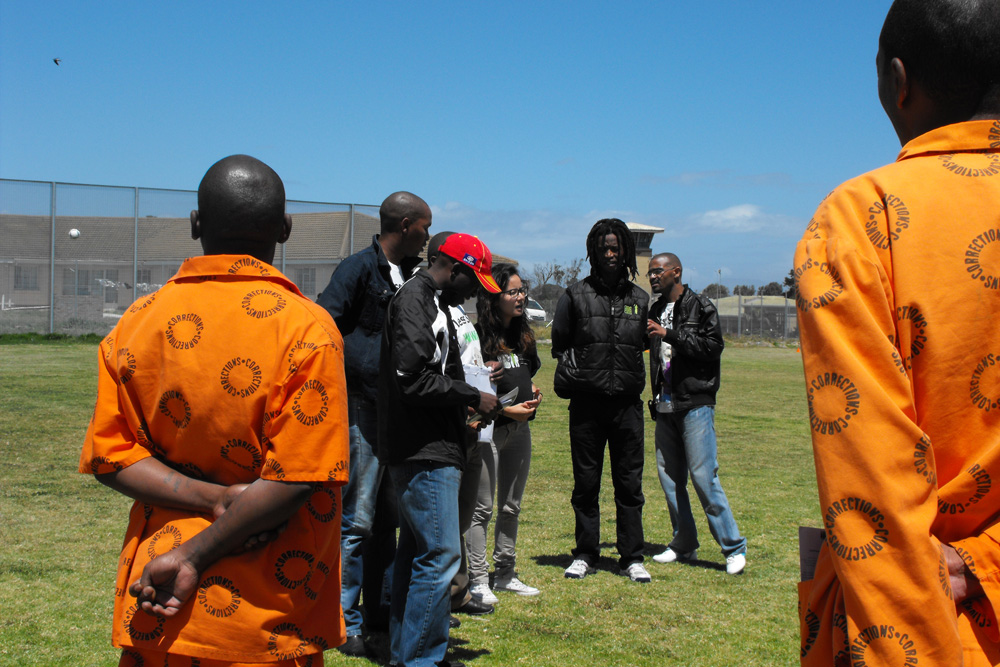 David Notwane, a coach from Santos Football Club, supported the event, and gave a motivational speech to the graduates and other inmates before kicking off the soccer tournament. Hector Pietersen’s soccer team played the Goodwood correctional centre team first. Though the Goodwood team was enthusiastically cheered on by almost 100 of their inmate peers, Hector Pietersen won the match. Sonke’s RHR CAT soccer team then played Hector Pietersen and though the students led the match in the first half, the RHR team came back strong and beat the students to win the tournament.

Thank you so much to David Notwane and Santos FC for joining the event, to Papy and the RHR CAT for the support you provided, to Cherith for adjudicating, and resident researchers Hanna and Anette for joining in the activities. Congratulations to the prisons team, Mzamo, Simphiwe, SK, and Welcome for their hard work in organising and participating in the event.