Let’s fix our own back-yard

The old saying, “people who live in glass houses shouldn’t throw stones” rings so true for me when thinking through gender dynamics and scope of the work that we do at MenEngage Africa, and our roles to either contribute to advancing the change or unintentionally exacerbating the problem. When thinking through these advocacy efforts, my thoughts always return to these questions: “What can I do?” “What can I change?” “What is in my control?”

As a mother of two children, I am starkly aware of the patriarchal system within which we live our daily lives. The awareness rifts through most, if not all, our spheres of life – be it in the workplace, media, learning institutions, or government departments – which should guarantee and promote equality and safety. We see notions of patriarchy perpetuated far too often.

An immediate injustice and failure of this system comes to mind when I hear the name Khwezi, a fictitious name that a woman assumed because she wanted to escape this cruel injustice, victimisation and persecution. A man who had the responsibility to ensure her safety, a man who was meant to be a family friend, a man she trusted, an uncle – albeit not blood related – raped this woman. This man, the president of a country, violated this woman by all accounts explicated in law books.

Injustices prevailed, the injustices spoke of a powerful man rallying his entourage to instil such fear and anguish into this woman that she eventually had to flee a country. I recently read an article on how she and her mother spoke to a reporter on the phone begging them not to run the story headlining the president as her rapist. Later, it was revealed that the entourage employed to navigate the “problem solving” to make the issue go away was, in fact, with Khwezi and her mother whilst this phone call ensued. She fled to save her life and the life of her family.

What kind of a nation is this where a survivor of a violent act so harsh and indignant is further violated by the community in which she lived and the country which should have acted to ensure and protect her safety, and became her lighthouse, but instead shunned her and forced her to flee to another country? I hang my head in shame when I hear of injustices such as these and my soul hurts that these are our stories in our country. These stories are becoming the norm and not the exception. Our story needs to change now.

The title of this article reads “let’s fix our own back-yard” and the premise for this statement is that we control what is within our means. If we can, within our own realm, on an individual level, change gender stereotypes and norms that should not be normal, but require significant shifting that will vehemently fight off the injustices we see around us, we can effect this change, for, indeed, and we do need change.

Nelson Mandela once said: “It seems impossible until it’s done”. This holds true for all ideologies which seem insurmountable to change. We all hold degrees of power – be it in our homes, families, partners, work lives – to shift mind sets and to have people within our immediate reach to hold a different opinion and perspective.

The challenge, thus, is, let each one of us change one thing in our environment to shift harmful gender norms and gender injustices. My children, our children, need a better place to live – where fear and anguish for walking down the street, fear that when my daughter goes out dancing her drink could get spiked and she may be raped or even trafficked, fear that my son will be murdered for his phone, wallet, car or whatever else someone deems fit to kill another for, is not common. These should not be fears that enter our realm. Let’s change our society by changing ourselves, by being the difference we would like to see and fixing our own back-yard first. 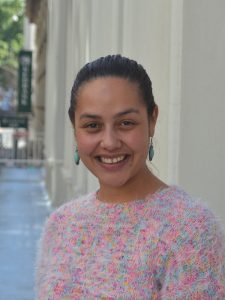