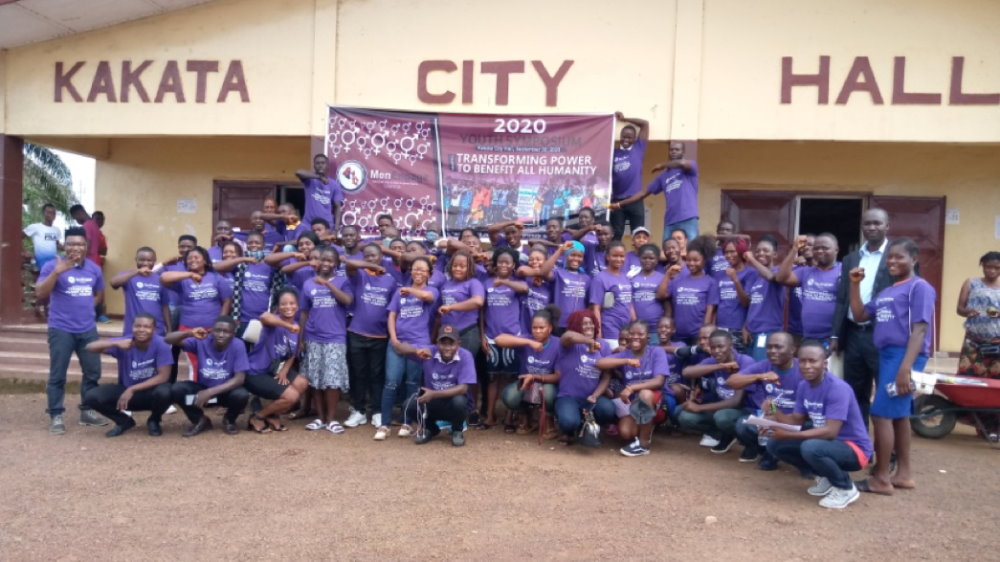 MenEngage Liberia has concluded a youth symposium aimed at galvanizing the participation of men and boys in the elimination of Sexual and Gender-Based Violence (SGBV) in Liberia and the role of Liberian youth in the maintenance of peace during the Midterm Senatorial Elections.

The day-long youth symposium held in Kakata, Margibi County on Wednesdayunder the theme: “Transforming Power to Benefit Humanity” brought together 75 young people from diverse background from Margibi and Montserrado Counties.

MenEngage Liberia Country Coordinator, Francis S. Konyon, speaking at the opening of the youth symposium said the event is aimed at elevating the impact and accountability of work to transform masculinities and engage men and boys for women’s rights and gender justice for all within a human right-based agenda.

Konyon stated: “During the period of Covid-19, we have witnessed dramatic increase in the rate of Sexual and Gender-Based Violence particularly rape. So MenEngage Liberia thought to organize this youth symposium with young people from different communities to discuss and find a way forward to firstly promote and protect the rights of women particularly in fighting to eliminate SGBV in Liberia”.

MenEngage Liberia Country Coordinator asserted that the power to eliminate all forms of violence against women and girls in Liberia doesn’t only rest on state bearers but also men, adding that society through culture and traditions has given men power and such power must be used to protect the rights of women and girls.

He expressed the conviction that after the symposium the participants could have a renew mindset and approach in their engagements at the level of their respective communities.

At the same time, Mr. Konyon intimated that MenEngage Liberia inculcated in the different topics the impact of the Midterm Senatorial Elections electioneering activities on peace and security in Liberia in order to engage the young people on how to avoid conflict and sustain the peace of the country.

Continuing, Konyon stated that: “The young people a largely the people involved in the campaign activities and also in the agitation. So we thought that bringing the election magistrate to explain the processes to avoid electoral violence is germane to protecting and enhancing the peace we enjoy today”.

MenEngage Liberia is a network of 15 Civil Society Organizations including faith-based institutions hosted by the Center for Justice and Peace Studies (CJPS). MenEngage Liberia is part of 22 networks of MenEngage Africa Alliance, a member of the Global MenEngage Alliance of non-governmental organizations and the United Nations (UN) agencies established in 2006 with the aim of engaging men and boys to achieve gender equality, prevent HIV and AIDS; promote human rights and reduce violence at all levels across the continent of Africa, and question structural barriers to gender inequalities.

This article was originally written for Front Page Africa, by Yawah Y. Jaivey