Case study: One Man Can campaign

Many men are socialised to believe that being a man means that they should be aggressive, never back down from conflict, have multiple sexual partners, drink lots of alcohol and call the shots in their relationships with women. In addition, many men are taught to believe that seeking health care services is a sign of weakness. These beliefs about manhood are a recipe for disaster and contribute to high levels of domestic and sexual violence and they also dramatically increase the spread and impact of HIV and AIDS. 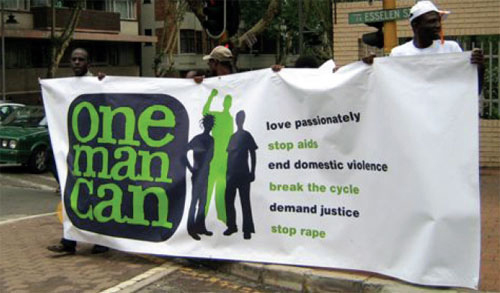 The One Man Can Campaign recognises that many men are concerned about high levels of violence and about HIV and AIDS and seeks to support these men to act on their convictions that a more just and equitable world is possible. The goal of the campaign is to encourage men and boys to act on their convictions and to take action to end domestic and sexual violence and to promote healthy, equitable and mutually respectful relationships.

A broad campaign that tries to mobilise men to become involved in civil movements around gender, violence and health, the One Man Can campaign tries to extend its reach into families and communities, affecting men and women. In addition to marches and other traditional forms of activism, the campaign uses workshops, drama, song, video, sport and art to raise awareness around gender equality and challenge men to love passionality, stop aids, end domestic violence, break the cycle, demand justice and stop rape.

One of the ways in which the campaign attempts to adjust attitudes is by highlighting the negative impact that current views of manhood have on men themselves. This includes the high level of man-on-man violence which Sonke Gender Justice believes is another expression of traditional male conceptions of power. Also, Sonke cites the high level of HIV transmission  as an issue exacerbated by traditional views of male sexual dominance and opposition to condom use because it isn’t “manly”.   The impact of gender equality programmes targeting men is increasingly being recognised. Participants in similar programmes are noted as having significantly greater awareness of the need for gender equality and the importance of behaviour change.

Sonke Gender Justice launched the One Man Can Campaign in late 2006 in partnership with a variety of South African and international organisations.  Since its inception, Sonke has provided intensive training to over 50 organisations in South Africa and across the region on how to implement the OMC Campaign. In 2009, Sonke will work with an additional 20 organisations in all of the country’s nine provinces as well as with new partners in Ivory Coast, Mali, Ghana, Namibia, and Kenya. The One Man Can Action Kit provides men with resources to act on their concerns about HIV and AIDS and about domestic and sexual violence. It is useful for any man concerned about these issues, as well as for representatives from government, NGOs, CBOs and community groups who work with men and women to address issues of gender-based violence and HIV/AIDS.

The Action Kit includes materials such as: 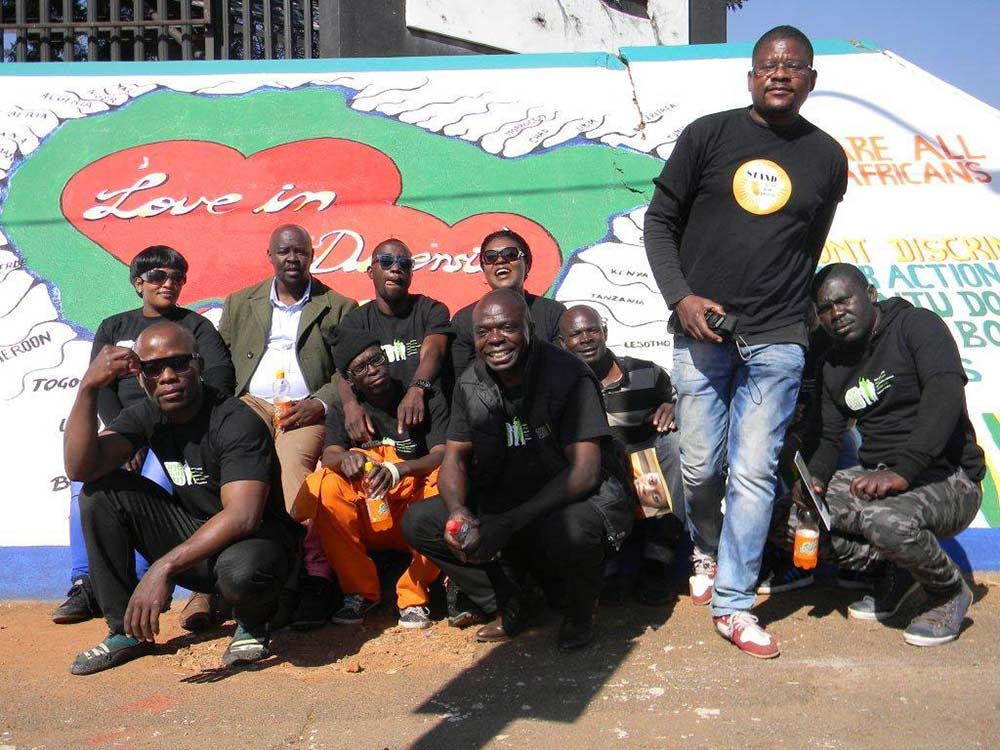