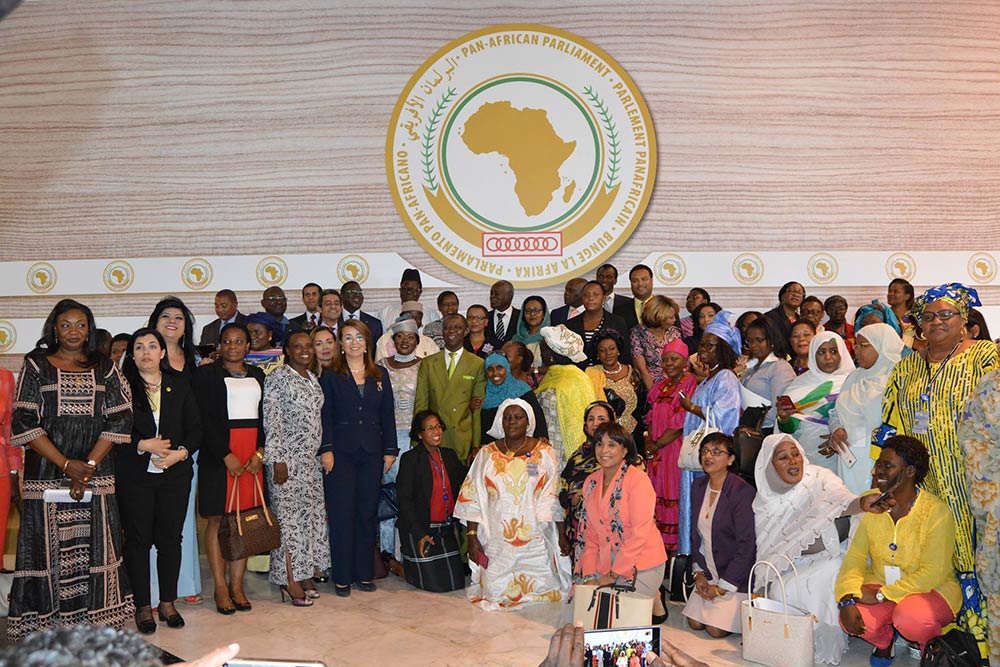 The 10th Pan African Parliament (PAP) Annual Women’s Conference gets underway today (12th October 2017) under the theme “Role of Parliamentarians in promoting international and regional Human Rights instruments, especially those related to Women and Youth, Peace and Security, and Female Genital Mutilation in order to achieve the Demographic Dividend”. The conference is being held at the PAP Parliament in Midrand, Johannesburg, and will end tomorrow, 13th October 2017.

Co-organised by the Pan African Parliament (PAP), MenEngage Africa (MEA) Alliance, Sonke Gender Justice (Sonke) and the UNFPA (United Nations Population Fund), the conference aims to mobilise members of the PAP to promote international and regional human rights instruments and to accelerate the fight against female genital mutilation (FGM) deemed to be a threat to Demographic Dividend of Africa.

More than 200 million girls and women have been cut in almost 30 countries in Africa, the Middle East and Asia while 86 million young girls worldwide are likely to experience some form of FGM practice by 2030, if current trends continue.

The president of the Pan African Parliament, Hon Roger Nkodo Dang says the first sign of success of this conference will be the engagement of members of the PAP as Champions of FGM elimination in their countries.

“Following this conference, we expect commitment from the PAP members to engage males to address gender inequalities and harmful practices such as FGM in their respective countries, due to decision-making powers they hold,” Hon. Dang says.

The President also underscored that the integrated approach for prevention and response requires the adoption and enforcement of appropriated laws which some African countries practicing FGM still lack.

The Women’s Conference, which brings together national & regional women Parliamentarians, civil society groups, and other stakeholders, will review progress of the Pan African Parliament in the promotion of gender mainstreaming and the economic advancement of women in Africa.

It will also discuss strategies and measures to fast-track the ratification and domestication of the African Union Legal Instruments, particularly the Protocol to the African Charter on Human and People’s Rights on the Rights of Women in Africa (Maputo Protocol), and the Pan African Parliament Protocol.