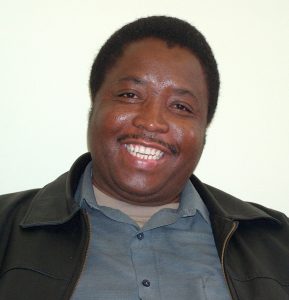 This is the first edition of South African National AIDS Council Men’s Sector Newsletter for 2013. It is also the first edition to be published since my election as National Chairperson of the SANAC Men’s Sector. I would like firstly to thank all those who have entrusted me with this responsibility. It is not a title I hold lightly nor is it one I will hold or fulfil alone. Secondly, I would like start the year on a foundational footing – by reflecting on the nature of the SANAC Men’s Sector.

SANAC Men’s Sector represents organisations and other bodies that work with men and boys, or run programmes focusing on men and boys, in the area of Health, Human Rights and Gender. The sector supports initiatives that address the role of men in combating the spread of HIV and AIDS, as well mitigating the impact of the disease in our communities.

The SANAC Men’s Sector was created to support all other national initiatives aimed at improving the health and wellbeing of South Africans. It forms part of the SANAC Civil Society Forum.I speak on behalf all SANAC Men’s Sector members when I say that we aspire for a HIV-, TB- and gender-based violence-free country. We hope to do so by (i) coordinating men’s responses in the fight against HIV/AIDS and gender-based violence through partner activities and by strengthening allied partners, (ii) supporting current campaigns that are designed to engage men in different communities in line with NSP 2012-2016 and its Operational Plans in the provinces and districts, (iii) working in partnership with government and other agencies that share the vision of the sector, and (iv) by advising government on policy matters and policy implementation through civil society engagements. Among the many things the SANAC Men’s Sector was involved in, and for which its members should pride themselves, are: (a) the Integration of Men in Partnership Against HIV and AIDS to the NSP 2012-2016 and the Government AIDS Action Plan, (b) unconditional support to the South African

Men’s Day initiated by the National Association of People Living with HIV and AIDS and Progressive Men of South Africa, (c) the support of the One Man Can Campaign, (d) the adoption of the Brothers for Life Campaign, (e) the adoption of medical male circumcision as a comprehensive health package, (f) the creation of a SANAC Men’s Sector secretariat, and (g) the protection of initiation and circumcision as part of the heritage in South Africa and encouraging the scaling-up of the Traditional Male Circumcision Act in certain provinces in terms of the established laws.

We have influenced a change in the language of NSP 2012-2016 to acknowledge that gender norms discourage men from accessing HIV, STI and TB services, that a comprehensive national social and behavioural change communication strategy is required to promote positive norms and behaviours and also that there is a need to address the gender norms that equate alcohol consumption with masculinity. Partner organisations have developed numerous interventions to respond to this challenge.This edition of the newsletter also presents an opportunity to restate the resolutions made with regard to the NSP Operational Plan. SANAC Men’s Sector members had agreed to: scan and identify organisations working with men in 10 districts piloted by the Department of Health on the National Health Insurance (NHI); ensure that organisations working with men and boys participate actively in District and Local AIDS Councils; strengthen the Local AIDS Councils by making sure that men participate in social mobilisation campaigns against sexual violence on women and children and those living with mental disabilities; decentralise advocacy to local communities; engage men in other sectors on gender-based violence and mental health; promote greater participation by men in SRHR services; promote medical male circumcision; and campaign for the provision of HIV-counselling and -testing services that target men through media such as radio and local newspapers.I restate our achievements to remind us of the long road we have travelled together and our resolutions to remind us of the road that remains untraveled. We should commit ourselves every day to ending the violence that takes place in our communities, reducing the spread of HIV and the advancement and success of our country and all who live in it. Pursuant to that goal, SANAC Men’s Sector has entered into a partnership with the Department of Women, Children and People with Disabilities to address issues of gender-based violence and develop a joint plan for this. A task team has been created with that end in mind.

I would like to thank all the contributors to the newsletter. Your activities and commitment are to be lauded. You should feel encouraged by what you have achieved. Special thanks to the many unsung heroes, men and boys in all the corners of our country who are making a huge contribution to the constitutional goal of affirming gender equality. We laud the continuous positive contributions by a growing number of men and boys geared towards eliminating the scourge of violence in our communities. “Men of quality are not afraid of gender equality” asserts our partner organisation, PADARE of Zimbabwe.

The struggle for healthy, equitable and violence-free society continues.