Shad K: “Keep Shining” – a voice from the margins

Rap and hip-hop music is frequently criticized for its misogynist treatment of women. Many popular songs in this music genre reveal aggressive and sometimes violent attitudes towards women, with women being depicted solely as sexual objects, commonly called derogatory names such “bitches” and “hoes”, and in extreme cases, deserving forms of violence for disobeying. Along with such explicit lyrics, are regular images of scantily dressed women in the music videos, usually surrounding one or two men, where they are often portrayed in highly objectifying and demeaning ways. 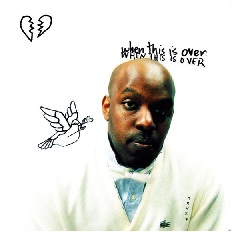 Some studies have found that frequent exposure to rap music can increase men’s sexist attitudes towards women, particularly black women. Research has also found that people who regularly listen to violent and misogynistic rap music are more likely to hold blaming attitudes towards victims of sexual violence, and perceive black men as hostile and sexist.
As with other music genres, interpretations of rap and hip-hop music must fall within the context of, and as contributing to, patriarchal hegemony. Indeed, every variety of Western music, including classical symphonies and opera, is an almost exclusively male domain. Rock lyrics are lopsidedly male, circumscribed by male dominance over women. Punk rock retained misogynist imagery. Paralleling rock’s sexism, rap and hip-hop is a haven of male hegemony. Yet, such critiques often fail to acknowledge both the misogynist treatment of women in other music genres, as well as the respectful, and sometimes feminist messaging that can occur within rap music.

Case in point is rap artist Shad K, who is known for his ‘positive’ and ‘socially conscious’ lyrics. Raised in Canada, of Rwandan descent, Shad K’s music has been well received, with an award-winning album, TSOL (2010), to testify. Shad K’s “Keep Shining” off his album TSOL is an ode of respect and encouragement to women. In this song he bemoans the lack of female artists in the rap industry, which is easily the anti-thesis of the history of hip-hop. He also gives credence to the valuable things he has learned from the women in his family, illustrating how all men have women they depend on. 90% of the video features an extremely diverse group of women lip-synching the rhymes. As the director puts it, “A call to claim one’s voice. Early on, I realized a key to this concept: Shad barely appears in the video. The ladies own the lyrics. For me, it’s as if Shad is saying “take it, own it, your voice belongs to you.” It was his intention to show strength, vulnerability, joy, and reclamation of the spirit of all the women who appeared in the video. Encouraging women to “keep shining” in an industry where they are frequently disrespected is evidence of a much-needed voice of change.

Sonke Gender Justice, a South African based NGO, which seeks to “create the change necessary for men, women, young people and children to enjoy equitable, healthy and happy relationships that contribute to the development of just and democratic societies”, sat down with Shad K for an informative interview:

Erin Stern: “Can you discuss the motivation and/or influence(s) behind your music?”

Shad K: “A few things motivate/influence me to make music. Firstly just the fun and joy of writing and performing. Secondly the deep satisfaction that comes from doing something well. Also the opportunity to connect with people, inspire them, console them. Music has made me braver and helped me understand myself and my world better. It’s a huge blessing in my life and I try to honour that by working hard at my craft.”

ES: “Your song “Keep Shining” has been well received for its position on gender equality. The video itself is also powerful for giving a voice to women of different styles. Can you tell me the story and/or inspiration behind this song and video?”

SK: “The song started with me wanting to do something fun and uplifting for women and ended up going in a lot of directions – from talking about male privilege in hip-hop to discussing family influences – but ultimately it became a song about perseverance i think. As for the video I wanted to let the director take it where she wanted. I was happy to be able to collaborator with her on that project, she really invested so much of herself into it.”

ES: “Your song “Out of Love” critiques how men and women sometimes use each other for their own selfish motives. Can you discuss the inspiration behind this song?”

SK: “That was one of the first songs I ever wrote. I stumbled on some lyrics that felt honest and funny and dealt with real feelings of love and insecurity. It’s another song that took me on a journey.”

ES: “What is your opinion on the role of rap music to both challenge and change attitudes in society?”

SK: “I think rap music specifically has always had an uncompromising tone to it. Artists speak their mind pretty unapologetically and irreverently and that’s a big part of its charm and appeal and power. It’s given a lot of young people of colour a voice and influence in a world that doesn’t often take us very seriously.”

ES: “Do you think that “positive hip-hop” can have an impact on masculine ideologies and attitudes towards women in particular? If so, what makes you say this?”

SK: “I think it’s difficult to neatly categorize music as positive or negative. Hip-hop has always been male-dominated so I think it’s important to listen both critically and compassionately. There have been some tremendous expressions by men and women in hip-hop – dear mama by Tupac and that thing by Lauryn Hill to cite a couple examples from my high school days – that invite a thoughtful consideration of women. Some songs have are more complex in their treatment of women and discussions of masculinity – Lights Please by J Cole, and a lot of Kanye’s catalogue, for example – others are more explicitly and wholly derogatory. I think fans need to focus on listening critically and compassionately and artists need to focus on being creative and honest in their expressions if we want to see the hip-hop have a positive impact.”

ES: “How does it feel to know that people have been affected by your music? What kind of feedback have you had that illustrates this?”

SK: “It feels tremendous. To see people at shows enjoying themselves, to get feedback from fans about particular songs, it really feels incredible to get to connect to so many people through music.”

ES: “Do you think your position as a black male rap artist affects the perception and image of your music in any way? If so, what makes you say this?”

SK: “Well I think that all artists take part in shaping culture and shaping people’s imaginations. Hip-hop is a new art form and black representation in the media is limited so I know my presence is a piece of what we’re building in terms of culture and in terms of a more complete picture of black identity in our collective imagination.”

Sonke Gender Justice seeks to challenge patriarchal norms by challenging conceptions of masculinity, and offering examples of the roles both men and women are playing in confronting gender inequality and other forms of injustice. Shad K’s music is a compelling example of such an endeavor within the music industry. Around the assumed misogyny in hip-hop, as in other forms of music, language is often used for its aesthetic and evocative qualities in addition to, or in lieu of, its apparent meaning. The use of ambiguity, symbolism, and irony can leave rap songs open to multiple interpretations. Rap’s ghetto stories as real-life reflections can also draw attention to the burning problems of racism and economic oppression. Thus, one should avoid homogenous characterizations of hip-hop, and rather be open to the layers of meaning in rap music.

Despite the plethora of chauvinist rap songs, it is simplistic to assume all rap music to be inherently sexist, neglecting songs that critique gender norms or offer feminist messaging, either directly or indirectly. Furthermore, in challenging racist and sexist stereotypes, hip-hop and/or rap music can be a platform to create new collective identities. Rappers often use the lifestyle commodities – cars, clothes, girls – as signifiers of success and wealth, and the damage done by the abundance of chauvinist lyrics should not be undermined. Yet, misogyny in hip-hop culture cannot purely be labeled as a “male black thing” but rather has its roots in wider societal and cultural hostility towards women. Blaming hip-hop for misogynist attitudes that exist in society and or/censoring the music is not the answer. Instead, there is a need to critique and question the culture, system and ideology that allow these lyrics to be written and endorsed. Because of the directedness and complexity of rap music, it cannot only effectively depict what is wrong in society, but it can also offer an alternative vision of reflection, hope, and a commitment to action for social change. And indeed, rap artist Shad K says it best; “some things in music gotta change. A lot of things.”