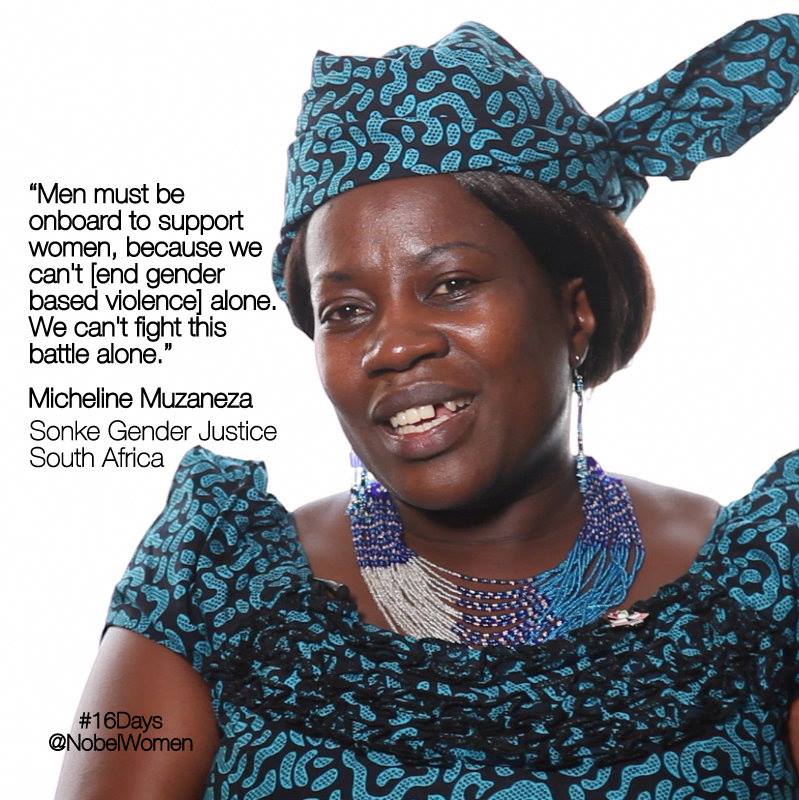 Both Sonke and MenEngage (which Sonke co-cordinates along with Promundo-US) are involved in the centenary.

Micheline Muzaneza is involved in a number of events, representing both Sonke & the Nobel Women’s Initiative. Last week, she joined the Nobel Women Laureates for a three-day event – Defending the Defenders: Building Global Support for Women Human Right Defenders!