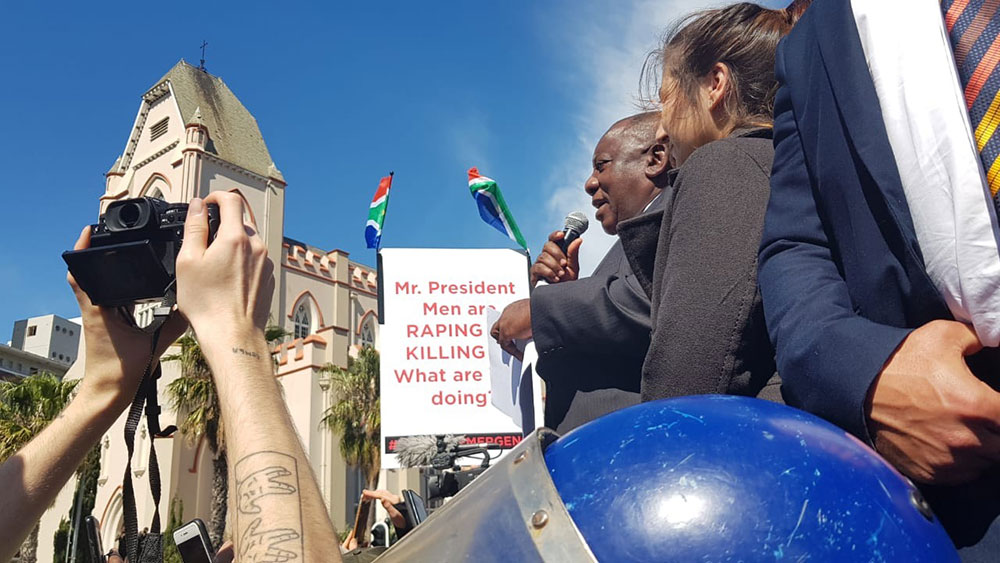 South Africa’s femicide rates are disturbingly high. According to The World Health Organisation (WHO), 12.1 in every 100 000 women are victims of femicide in South Africa each year – a figure which is five times worse than the global average of 2.6.1 This is why we are urging the government to go beyond half-hearted outrage condemnation of GBV.

To date, government has made commitments to combat GBV in name only, with recent news that there are insufficient funds to implement the proposed NSP on GBV, promises that Thuthuzela Care Centres being fully funded not being met and rape kits not being available at many facilities.

In a space of a week, University of Cape Town (UCT) student Uyinene Mrwetyana and boxing champion Leighandre ‘Baby Lee’ Jegels lost their lives at the hands of violent men, ironically at the culmination of Women’s Month. Tragically, these deaths are a snapshot of the ongoing state of emergency where lives of women are viewed as a cheap commodity.

As Sonke we offer our sincere condolences to the families of Uyinene Mrwetyana and Leighandre “Baby Lee” Jegels, and all other women who have recently lost their lives to GBV.

However, the bleak reality is that these murders are not singular random acts of violence and as a result should not be looked at in isolation.

Instead, these incidents should be looked at as systemic manifestations of violent masculinities and harmful gender norms, and this is why Sonke is calling on the national government to take its call for a National Strategic Plan on Gender-Based Violence seriously, by allocating adequate budget.

The implementation of a fully funded NSP will ensure that prevention programmes that seek to curb dangerous gender norms are rolled out, but most importantly, the NSP will ensure that survivors of GBV are provided with better services. Bystander programmes, community mobilisation, and early intervention and response, including good quality psycho social support to survivors have all been shown to prevent violence effectively.

Sonke also notes the calls for the death penalty and chemical castration for the perpetrators of these crimes. Sonke is against these approaches to a systemic problem of toxic masculinity, especially because GBV is about violence, power and humiliation and not sex. Research on countries that exercise the death penalty shows that it fails to deter commission of crimes and is more expensive than those serving a life sentence. Furthermore, chemical castrations and the death penalty are acts of violence themselves which violate the right to life and bodily integrity.