In September 2012, Sonke established a small office in Geneva which will focus on global advocacy, fundraising and training of key international partners, including especially UN agencies and international NGOs. We have every expectation that this will increase Sonke’s profile and influence and deepen the impact of our work. We will evaluate its effectiveness regularly to determine the future of the office. For the moment, we look forward to working with new partners and to expanding our horizons. 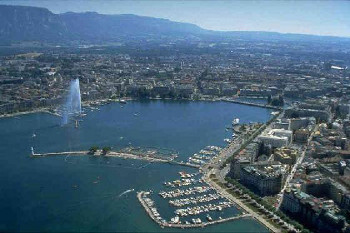 The office will be headed up by Dean Peacock, one of Sonke’s co-founders and current Executive Director. Dean will shift into the role of Global Director and Desmond Lesejane, Sonke’s longstanding Deputy Director, will take on more of the day to day management responsibilities in South Africa.

The Geneva office will allow Sonke to capitalise on the fact that the organisation’s work is increasingly global in nature. We continue to serve as the co-chairs of the Global MenEngage Alliance and in this capacity liaise frequently with organisations across the world, including many UN agencies and international NGOs. We work closely, for instance, with UNAIDS, UNFPA, UNDP and the WHO, with whom we have held a number of global consultations. In these meetings, we bring together teams from over 15 countries to explore ways to integrate a focus on gender-based violence and masculinities work into National Strategic Plans. We also have a longstanding relationship with UNHCR at the national and international levels. Sonke has an active role on the UN Secretary General’s Network of Men Leaders, and participates on the advisory committee of the Nobel Women’s Initiative Campaign to End GBV in Conflict. Given the increasingly global nature of Sonke’s work, there are many benefits to Sonke having a global advocacy, fundraising, networking and strategic leadership presence. Geneva is a strategic location for a global office because many of our key UN partners are based in Geneva including UNHRC, the World Health Organisation and UNAIDS. In October, Sonke presented to 80 of their staff at the UN Geneva Headquarters. Care International, a key member of the MenEngage Alliance and a longstanding Sonke partner with a presence in 60 countries, has its global secretariat based here and we hope to deepen our relationship with them—including through facilitating their annual Gender Network meeting later this year. The oldest peace organisation, the Women’s International League for Peace and Freedom, is also based in Geneva and we have already begun to work with them on a range of activities related to GBV in conflict settings.

The new office will also allow Sonke to engage in a range of new advocacy efforts, including through the UN Office of the High Commissioner for Human Rights (OHCHR), and especially the Universal Periodical Review process. Work with the Human Rights Commission will be especially valuable as Sonke begins advocacy related to the Beijing Platform for Action 20 year review process on women’s rights and the 20 year review process of the International Conference on Population and Development, both of which occur in 2015. Sonke has also begun to engage the permanent missions of countries with which we have prior working relationships, and those which are committed to advancing women’s rights and gender equality, including, of course, the permanent mission of South Africa and other influential member states from Africa. As we approach 2015 and Beijing and ICPD +20, we will deepen this work with the Human Rights Council and relevant permanent country missions.