A large part of Sonke’s work is community education and workshops, which give people the opportunity to engage on a personal level with the various issues we work on. However, there are only so many people that one organisation can reach when engaging participants in a workshop, or one-on-one. To reach people in areas where Sonke has no office or staff, Sonke partners with many community radio stations across the country, airing One Man Can (OMC) shows.

These stations are paired with local organisations which provide sustainable support and send a staff member to appear on the shows as guests. 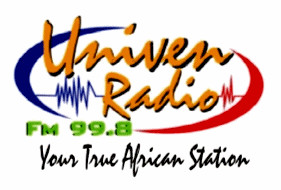 One station with whom Sonke partners is UNIVEN radio, situated in Thohoyandou at the University of Venda in Limpopo. The radio broadcasts in Venda and English, and targets both youth and adults, with a footprint covering the whole Vhembe district. During the public hearings on the Traditional Courts Bill (TCB), the station helped mobilise the community by broadcasting radio interviews educating the public about the TCB and encouraging community members to participate in the hearings. The organisation providing support to the show is the Thohoyandou Victim Empowerment Programme (TVEP), which has a long-standing relationship with the radio station.

The weekly show is presented by Samantha Hlayisi on Wednesday mornings. Guests on the episodes are either from Sonke or TVEP, an organisation with which Sonke has long had a fruitful partnership.

One of the most interesting topics discussed on a show recently was “Alcohol, violence and HIV,” and I participated as a guest on the show. The topic was critical because of the high rate of alcohol usage in the area which leads to violence and HIV issues. Though the show couldn’t take callers due to having only a single telephone line, immediately after the radio interview, listeners called in to make comments and enquire about facilities where one can go and get help. “The radio has done some sterling work over the years but rubbing shoulders with Sonke and its programs is helpful to educate our listeners especially on issues of male involvement,” says Samantha.

Since the inception of the partnership with UNIVEN radio, we have had an exciting relationship with radio staff. The station has always been supportive and committed to the partnership. The partnership liaison is Thabelo Ramulondi who works in the radio’s marketing department. Thabelo ensures that program is running smoothly. However, we can’t forget to mention Samantha the presenter, as she is running a very informative and exciting program.

TVEP has worked with the radio station for a long time and this work has developed into having various structured topics aired every Wednesday. Building on this partnership, a mutual agreement was reached between Sonke and TVEP to share episodes, sequencing them and avoiding repetition. Mr. Foldrich Gumula, the TVEP Program Manager, says, “We have our own radio topics which are very informative, but I am glad to work with Sonke as I have now learned a lot from their episodes which are accompanied by guidelines which makes job easier for the radio presenter and the guest.”

Mr. Gumula, Vusi Cebekhulu – the OMC Project Coordinator, and Thabelo Ramulond, work together closely to ensure that everything goes well.