Yesterday, Sonke Gender Justice‘s Programmes Director of Community Action & Knowledge Management, Angelica Pino, joined the co-founders of the Preventing Sexual Violence Initiative – UN High Commission for Refugees (UNHCR) Special Envoy and actor, Angelina Jolie, and former UK Foreign Secretary, William Hague – at a forum hosted by the British High Commission in Johannesburg. This was a side event of the 25th African Union summit which is currently taking place in South Africa. AU Special Envoy, Bineta Diop, and survivors of and campaigners against sexual violence were also amongst the attendees.

Jolie and Hague are highlighting the urgent need to address the use of rape as a tactic of war, and also to empower women across Africa. This summit’s theme is: “Year of Women Empowerment and Development towards Africa’s Agenda 2063″.

“There is a global epidemic of violence against women which can no longer be tolerated, and must be addressed,” said Jolie, according to gov.UK.

Hague, who co-chaired the Global Summit to End Sexual Violence in Conflict, alongside Jolie Pitt in London a year ago, said, “We need action on a broad front and in many different nations – changing attitudes through education and leadership, eroding impunity by holding perpetrators to account, and helping survivors rebuild their lives. The member states of the African Union are a vital part of this effort.”

Today, at an AU summit panel event, AU Commission Chair, Dr. Nkosazana Dlamini-Zuma said that women have to be part of policy-making: ”Involve women in drafting long term policies and their implementation. It is when you involve women in conflict [resolution] that we would see the fight against sexual violence in these areas being realised… Women are not the cause of conflict but bear the heaviest brunt, together with children, and are abused and raped and killed.”

Jolie said that failures to punish sexual crimes against women are contributing to the the fact that such crimes are becoming the weapon of choice for armed groups all over the world: “Think what it would mean if the 54 nations of the African Union press as one toward full rights and opportunities for women, not just for this great continent but for the world,” she said.

The AU is pushing for the mainstreaming of women in all development activities under its Agenda 2063 framework.

Yesterday, Dlamini-Zuma called for the acceleration of gender transformation in order to achieve women’s empowerment and development.

Today, Jolie said, “We need a new mindset, a understanding that women’s rights are not a side issue but the issue. The key to building free, open, democratic and peaceful societies. We need policies for long-term security that are designed by women, focused on women, executed by women. Not at the expense of men or instead of men but alongside and with men… There is no greater pillar of stability then a strong, free and educated women. There is no more inspiring role model then a man who respects and cherishes women and champions their leadership.” 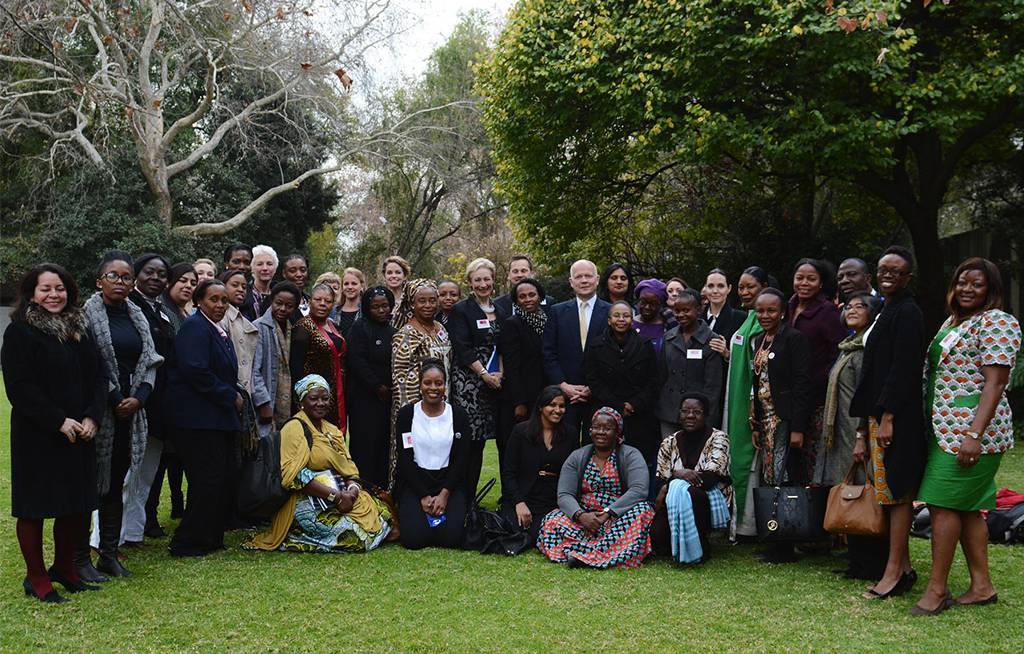