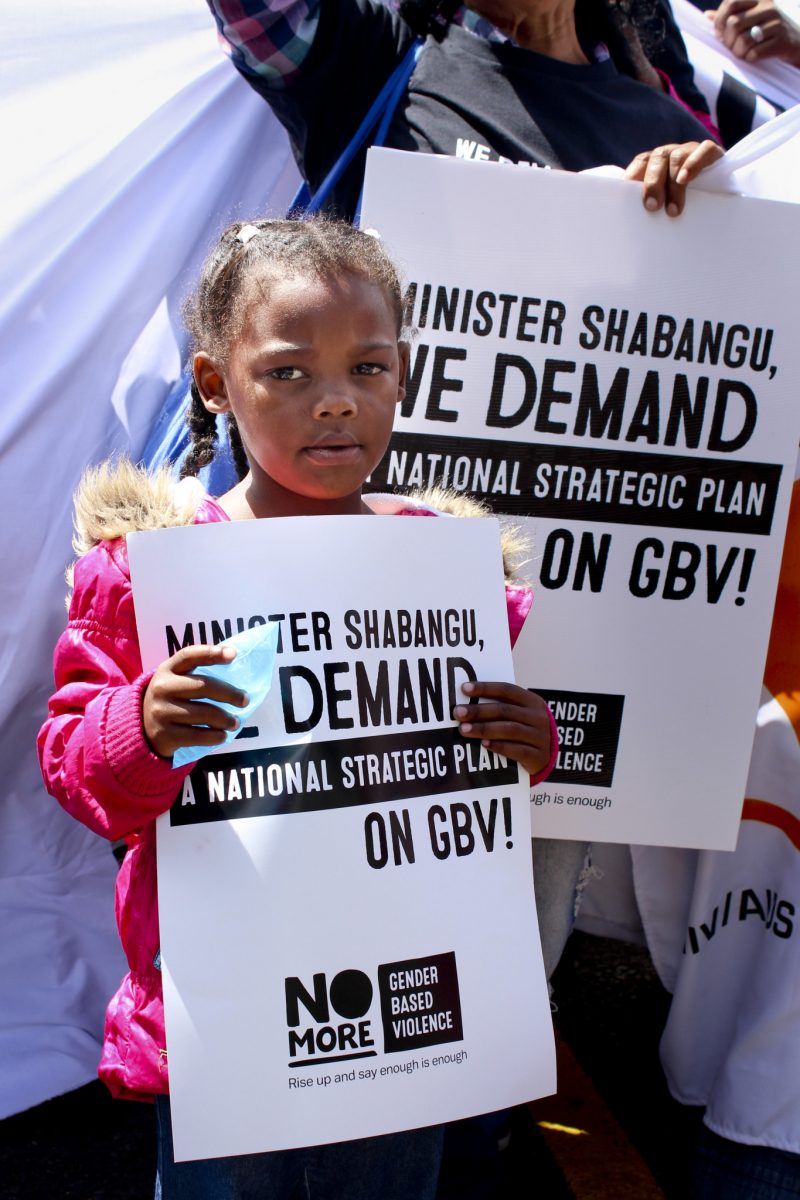 If the human cost won’t, will the financial cost make government commit to a comprehensive national plan to combat gender-based violence?

KPMG has just released a new report (with input from Sonke) saying that the economic impact of GBV in South Africa was between at least R28.4 billion and R42.4 billion for the year 2012/2013: http://www.kpmg.com/za/en/issuesandinsights/articlespublications/press-releases/pages/violence-against-women-costs-country-r284billion.aspx

These numbers should be more than enough to convince The Presidency of the Republic of South Africa that South Africa needs a comprehensive, fully-funded, multisectoral national strategic plan to combat gender-based violence (GBV), but unfortunately, our government does not seem convinced. The evidence keeps mounting, but decisive action is lacking. The “plan” to develop a national plan to combat GBV keeps getting delayed, diluted, sidelined and short-changed.

There are hundreds of thousands of horrific stories of violence against women and children, stories of rape, stories of gender-based violence every single year, and yet President Zuma’s State of the Nation address this year didn’t mention gender-based violence once. One study reports one in four South African men as admitting to having perpetrated a rape, yet the National Council on Gender-Based Violence which should have come up with a national plan in the nearly two years since it was formed, never did. Time and time again, South Africa is listed in global surveys as having the highest rate of rape in the world, but our government still hasn’t developed and implemented a comprehensive national plan with timeframes and measures for accountability. A 2009 report by trade union Solidarity said a child is raped every three minutes in South Africa and still Sonke and other organisations are forced to mount this nationwide advocacy campaign in order to try to push our government to real action.

While South Africa has passed some good laws (e.g. the Sexual Offences Act) and put in place some measures that could combat GBV (such as recently reintroducing sexual offences courts), these responses are generally not well implemented, nor properly funded, so that they never are implemented to scale and don’t create the seachange that is needed. Despite the fact that sexual offences courts increased conviction rates and led to a decrease in turnaround time from the date of report to the police to the finalisation of the case, most of them were closed down in the last decade due largely to the lack of a dedicated budget. We can’t afford one step forward, two steps backwards when so many people are being assaulted, raped and murdered. We can’t allow widespread corruption in our country when there are so many urgent places where investment is critical.

An investment in a national plan that strengthens GBV prevention efforts, GBV response mechanisms, policing, courts, psycho-social services, community-based work, the positive involvement of community, traditional and faith leaders, GBV prevention in schools, grassroots efforts to promote gender equality and combat GBV, and that effectively stops cycles of violence, will not only save our bleeding economy money, but more importantly, will stop the human bleeding, and save lives.

Getting our government to develop a national strategic plan to combat GBV shouldn’t be a hard-sell, but for some reason it is, despite the fact that 20-30% of women in South Africa experience violence within any given year, and up to half within their lifetime. 97% of South Africans polled by Gallup in 2009 said that rape was a major problem. Which number will make the government finally prioritise combating domestic and sexual violence?

The KPMG report has come out just as South Africa is starting to implement its National Development Plan with a national economic growth target of 5.5 % GDP per year , but the report explains that GBV is one of the most expensive health problems globally and its impact costs South Africa between 0.9 percent and 1.3 percent of its GDP every year. Can South Africa meet its growth targets if it doesn’t address the issues that are draining the economy?

Will the government respond to the economy if not to society? Inaction costs more than action.

Help us push government to urgent action: Tell President Zuma, Minister Shabangu, all of South Africa’s Ministers and the Parliament of South Africa to commit to urgently develop and implement a comprehensive national plan to combat gender-based violence now, not later.

Let’s use the hashtag #GBVplanSA and make our government pay attention to the numbers, and more importantly to the lives behind the numbers!