Taking a stand against gender based violence in the taxi industry 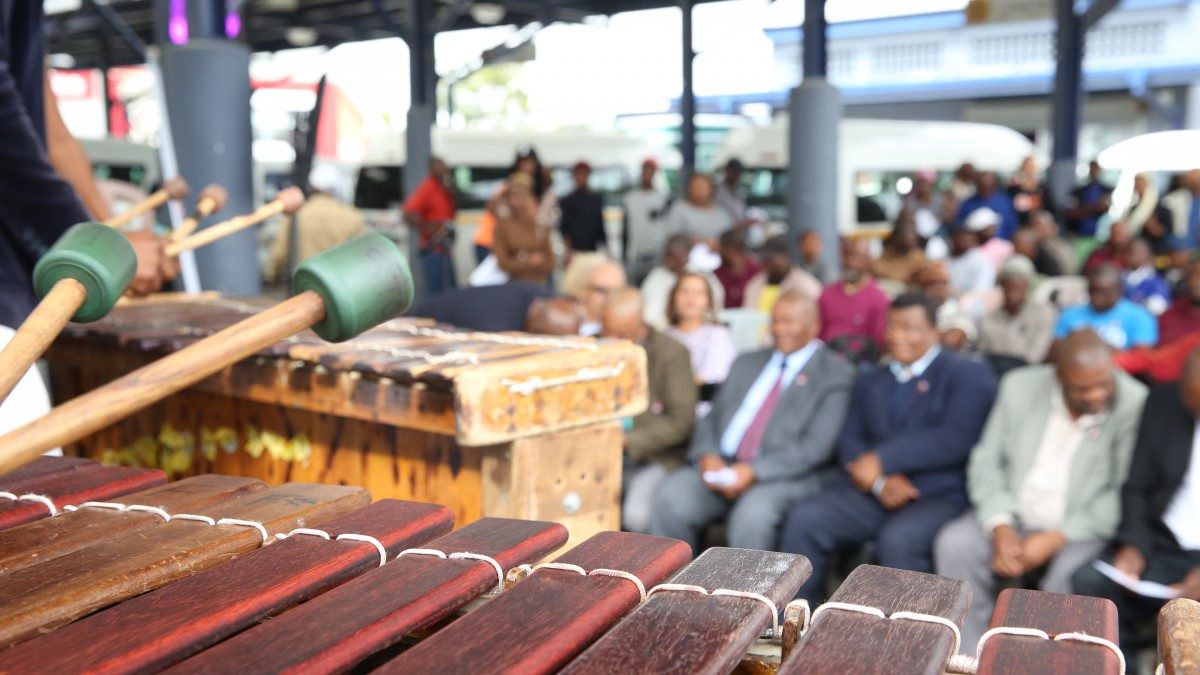 Reports of gender-based violence in taxis and around taxi ranks have been widely documented in South Africa.

This has driven Sonke Gender Justice and the South African National Taxi Association Council (SANTACO) to launch the Safe Ride, a project aimed at addressing the harassment and sexual violence of passengers by taxi drivers and queue marshals in South Africa.

Consultations between Sonke Gender Justice and the taxi industry represented by SANTACO have resulted in a partnership – with support from the Royal Danish Embassy, Irish Aid and the Mary Oppenheimer and Daughters Foundation – aimed at engaging the industry (taxi associations, owners, drivers, queue marshals, key government departments and civil society), in a campaign to promote respectful and non-violent behaviour towards taxi commuters, to prevent gender-based violence, to promote gender equality and ensure the safety of women and children in the taxi industry.

“The Safe Ride campaign addresses the critical issue of the sexual harassment of women and girls in taxis and at taxi ranks in South Africa,” says Nonhlanhla Skosana, Community Education Mobilisation Manager (Johannesburg), Sonke Gender Justice. “In order to prevent gender-based violence we have to engage men, which is why we are working closely with taxi drivers. We also want to educate commuters about their rights and give women and girls the support to report incidents of gender-based violence in future.”

On SANTACO’s decision to be involved in the campaign, Philip Taaibosch, SANTACO President says, “Taxi drivers are responsible for the commuting of 15.5 million people on a daily basis – mothers, fathers, brothers, sisters, children – within the conversations that take place between taxi drivers and commuters there is real opportunity to bring about change.“

“Gender-based violence is a serious human rights violation. It undermines the health, dignity and security of the women affected. It prevents women from reaching their full potential in society. It also affects their families as such violent behavior distorts the social relations between men and women. This distorted relationship can help to create a cycle of abuse, which is passed on from generation to generation. Gender based violence is often surrounded by silence. We must put an end to this silence,” says Trine Rask Thygesen, Ambassador of Denmark to South Africa.

“We all have a moral and ethical obligation to prevent and respond to gender-based violence (GBV) as a human rights violation, a public health challenge, and a barrier to civic, social, political, and economic participation. It undermines not only the safety, dignity, overall health status, and human rights of the millions of individuals who experience it, but also the public health, economic stability, and security of the country”, says Liam MacGabhann, Ambassador of Ireland to South Africa.

The campaign was launched in Cape Town on Thursday, 16th February 2017 at Gugulethu Square Shopping Centre. 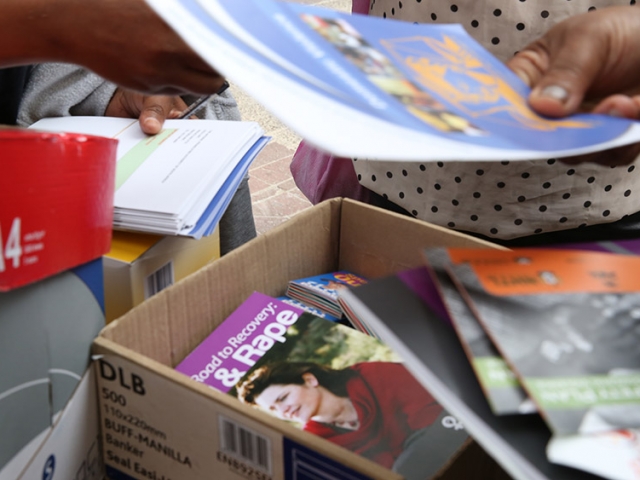 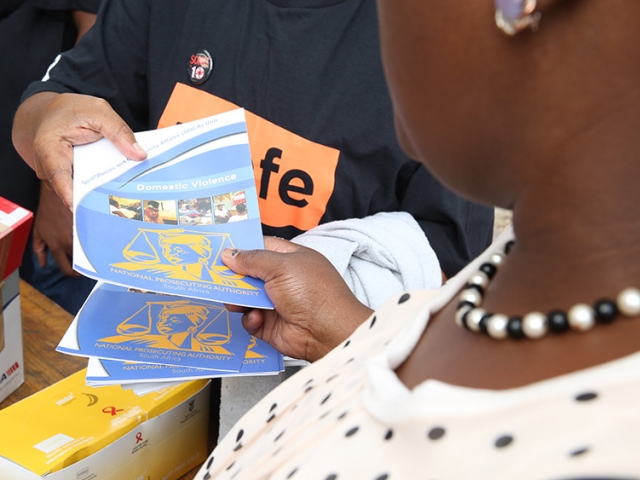 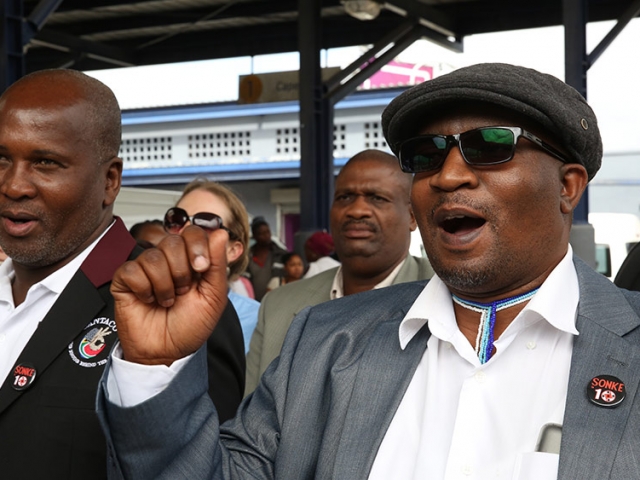 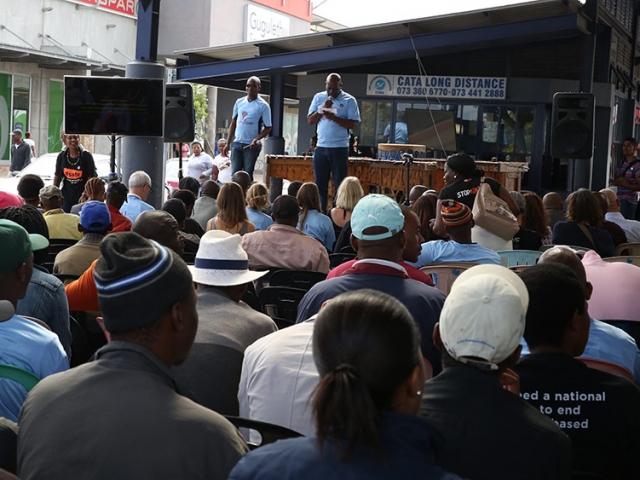 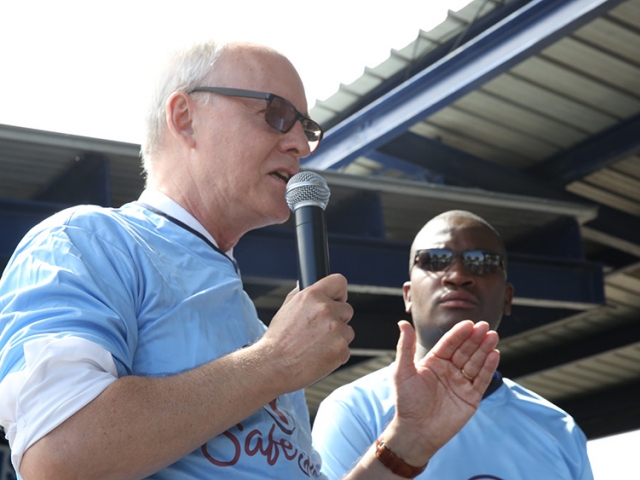 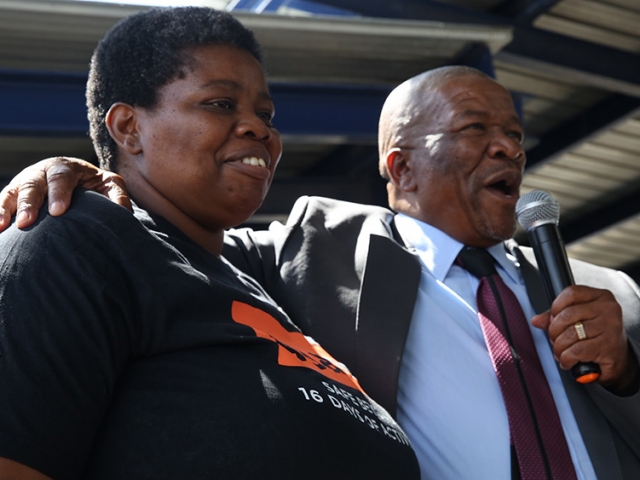 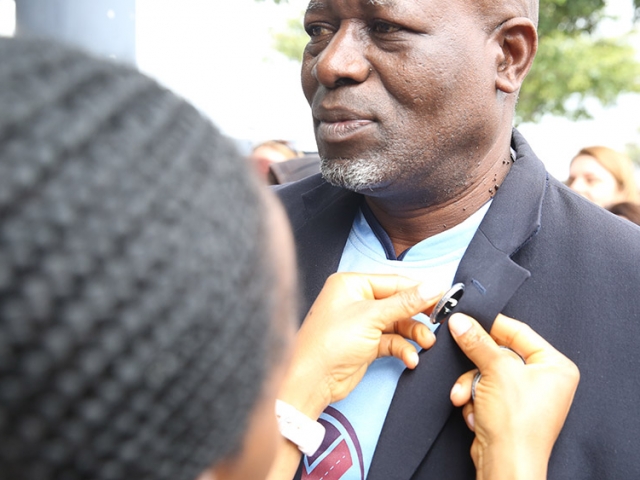 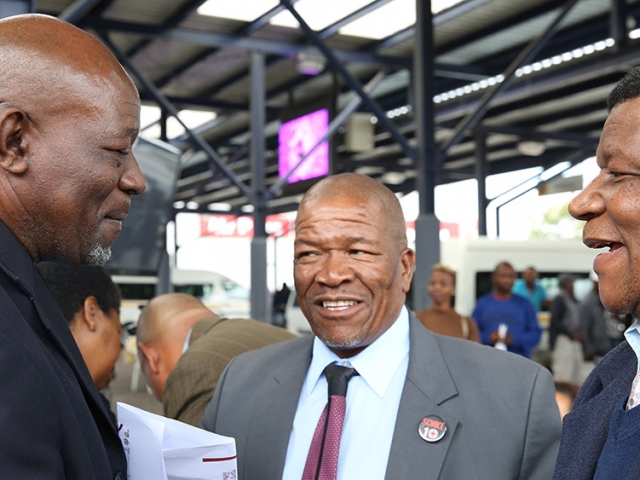 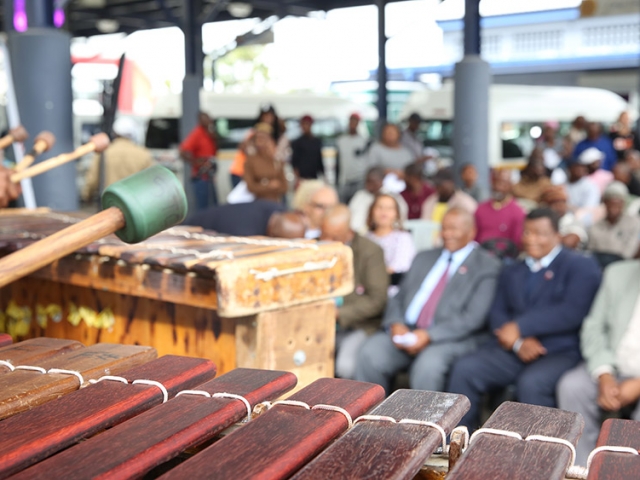 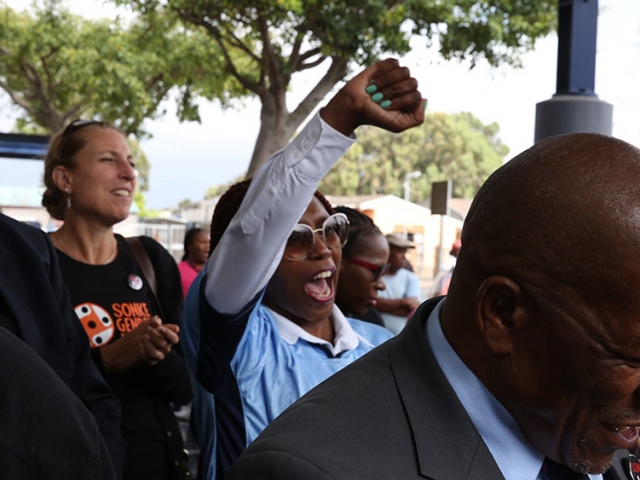 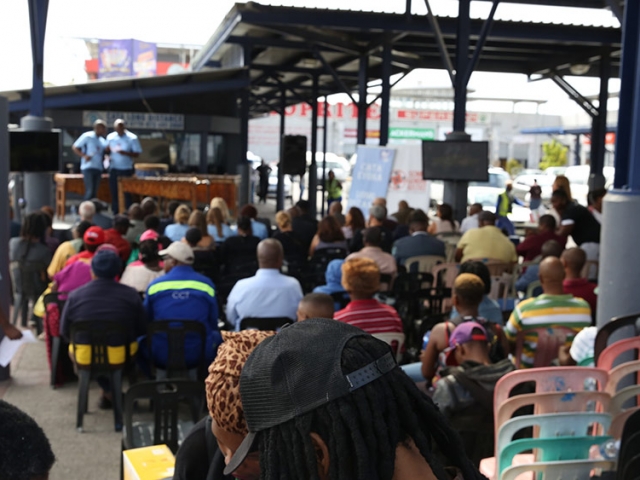 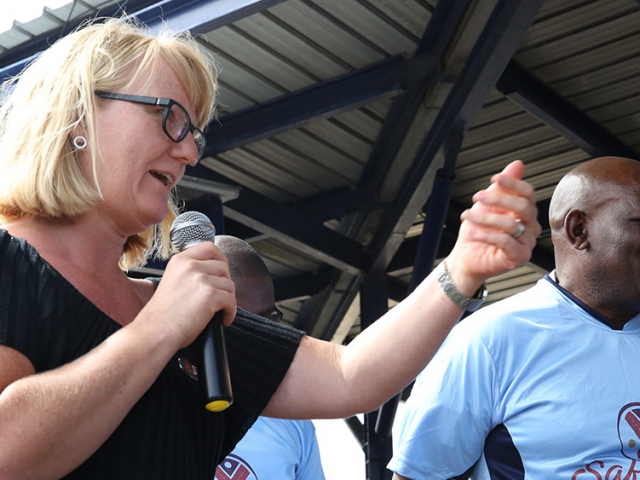 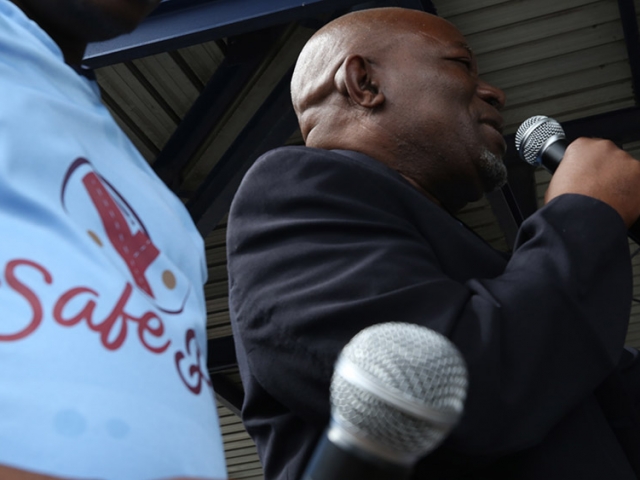 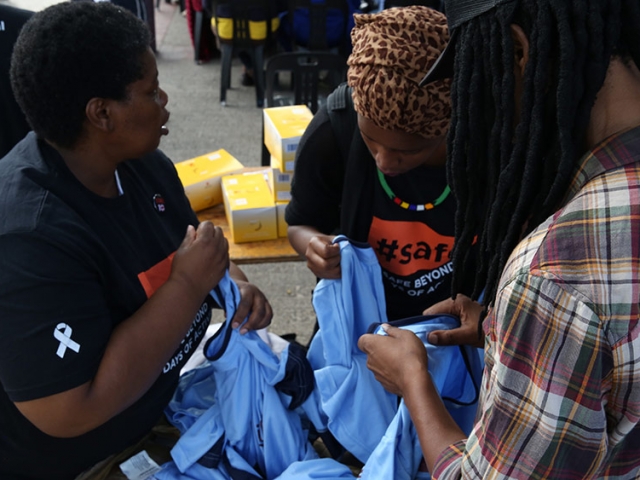 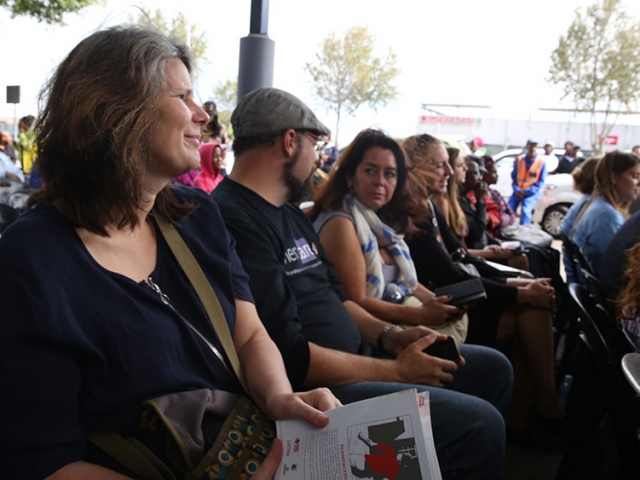 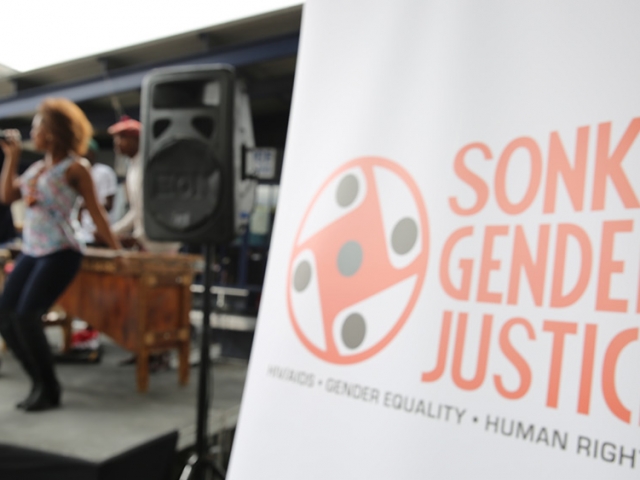