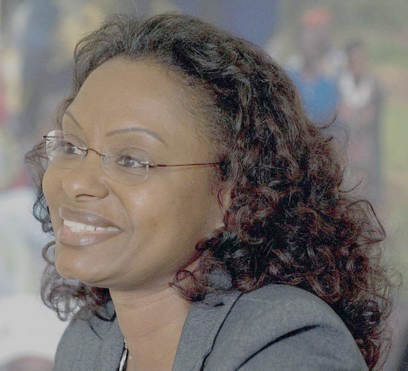 Gender-based violence, and in particular violence aimed at women, cost South Africa between R28.4 billion and R42.4bn for the period 2012/2013. This, according to a KPMG report, “Too costly to ignore – the economic impact of gender-based violence in South Africa”, represented 0.9 percent and 1.3 percent of gross domestic product (GDP), respectively.

The aim of the study was to identify, estimate and aggregate costs associated with gender-based violence (GBV) as incurred by victims, the government, civil society and businesses in South Africa. The costs included health, justice, and other service costs such as loss of earn­ings, revenues, taxes, and second-generation costs, the cost of children witnessing and living with violence.

Today marks the beginning of the annual 16 Days of Activism Against Gender-Based Violence campaign, a global initiative that seeks to raise awareness and educate on violence against women and children.

Several organisations will take part in initiatives and events nationwide to bring awareness on violence against women and children.

Produced by Accidental Films and TV, the series creates an opportunity for South Africans to join the conversation about feminism and gender equality, thereby creating an environment for posi­tive change, says director Tina-Louise Smith.

“Having worked at Cape Town Com­munity TV where (staff) members and the community are encouraged to make the TV they want to see, I realised that I wanted to see a feminist TV programme that grappled with concepts and made them accessible,” explains Smith.

The series targets people who don’t understand what it means to be a feminist or what feminism is, explains Smith.

“Filming the series was both hard and encouraging. It was hard because we didn’t raise all the funding we needed and, of course, the amount of money you have influences your schedule and so many other things. But I was encouraged by many things… the simple fact that there was someone willing to fund the programme,” says Smith.

Engender is a joint venture between Accidental Films and TV and the Heinrich Boell Foundation South Africa, founded by writer and Nobel Prize laure­ate Heinrich Boll. Based in Germany, the organisation is part of the green political movement that has developed worldwide as a response to the traditional politics of socialism, liberalism, and conservatism. Their interests are ecology and sustainability, democracy and human rights, self-determination and justice.

“Feminism has been misunderstood and has had such a bad reputation that I was thrilled that Heinrich Boll supported our initiative and as importantly, shared our goals and ideas,” says Smith.

“When we began our search for the presenters… you got the sense that this programme had arrived at the right time.

When we recorded the vox pops asking people to explain what feminism meant, the fact that many people weren’t sure what it was, was another encouraging fac­tor. This meant that people would learn and understand more about feminism from watching Engender”

Paula Assubuji, programme manager for the foundation, says that since the advent of democracy, significant advances have been made towards women’s empowerment. Quota systems to ensure women’s representation and leadership in political structures and legislation on crimes against women has led to the development of specialised courts and psycho-social support services.

“However, despite these advances, vio­lence against women remains a persistent feature of our communities. Patriarchal, misogynistic ideology, values and atti­tudes are embedded in South African society and continuously, whether done so overtly or subconsciously, impose notions of women’s inferiority to men.

“Public and media discourse reinforces stereotypes and normalises negative per­ceptions of women and their role and place in society, whereby violence against women is condoned,” says Assubuji.

“This project enhances a deeper under­standing of the drivers of GBV and con­tributes to the dismantling of gender-based discrimination.

“It encourages the creation of new or alternative strategies towards the preven­tion of GBV and towards greater gender responsive governance. The project looks to revitalise feminism and to nurture a collective feminist voice on GBV by encouraging relationship building and partnerships across various sectors…”

“Systemic gender discrimination has an effect in women’s lives and continues to further entrench women’s discrimina­tion and jeopardise any progress towards women’s emancipation,” she adds.

Smith’s main wish is that the series will encourage people to think differently about feminism and the way we relate.

The rest of episode one of Engender will air on Friday and on Sunday. Episode two and three airs from December 1 to 13. For the series’s full schedule, visit their Facebook page, Engender.

Where to get help