Women and Water: a panel discussion and community dialogue 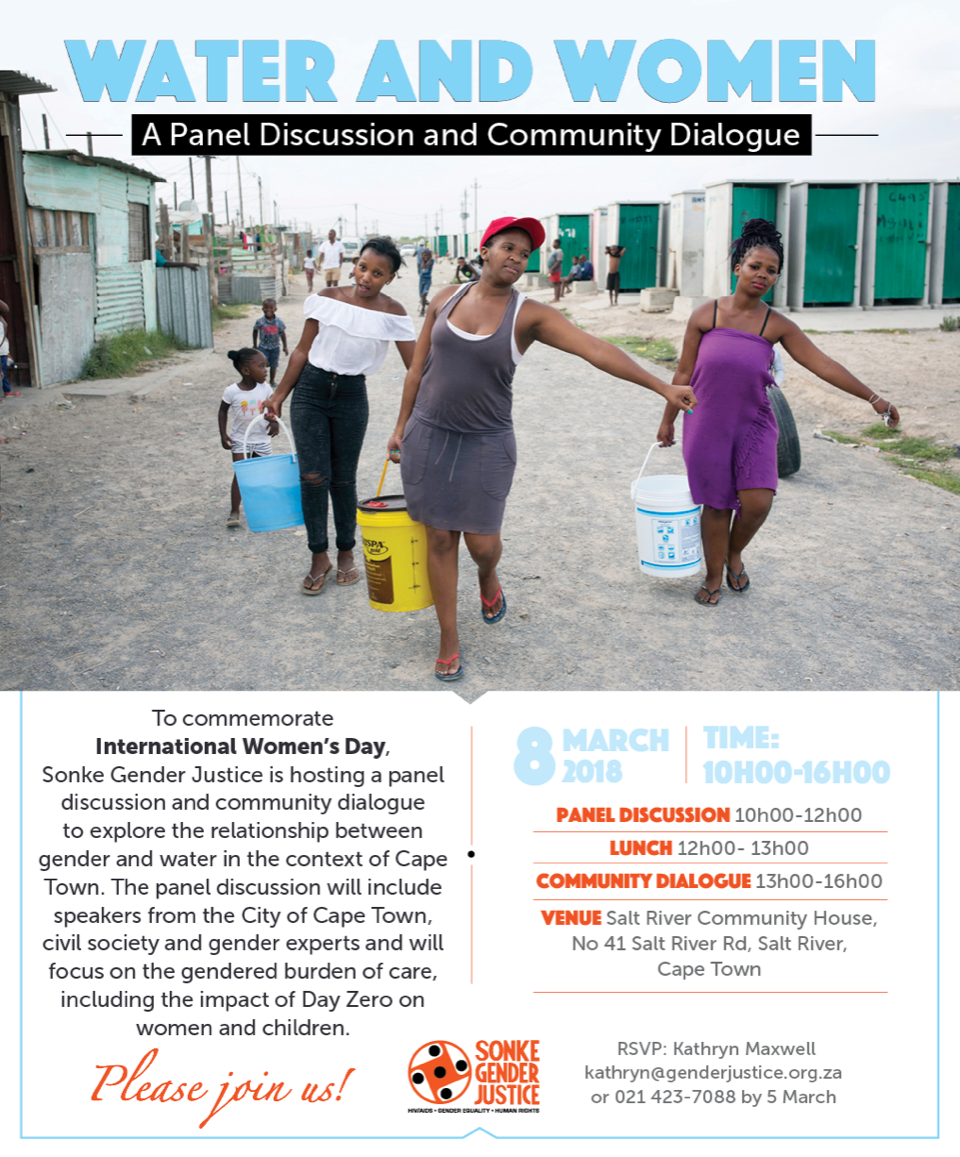 International Women’s Day, which is commemorated on Thursday 8 March, is a call to action for the acceleration of gender equality. Sonke Gender Justice is calling on the City of Cape Town and other stakeholders to work with women and men to mitigate the negative impact that lack of access to water has on women and the longer term negative effects on gender equality.

To assist collective planning in this, Sonke Gender Justice is holding a panel discussion and community dialogue to explore the relationship between gender and water in the context of Cape Town.

The event will include around 100 community members, primarily women, from diverse backgrounds and water crisis and gender experts to foster discussion around the impact of the lack of access to water on women.

Lack of access to water places a heavy burden of care on women and girls and affects several aspects of their lives. For example: