Micheline Minani Muzaneza is one of the peer educators involved in Sonke’s Refugee Health and Rights project. A refugee from Burundi, Micheline is a member of the African network of women peace activists. Recently she was asked to participate in a very prestigious training on women’s roles in promoting peace in Africa. 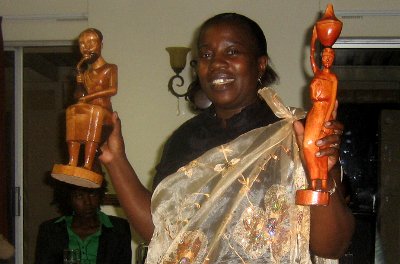 The host organisations jointly coordinate the network of women peace activists of which Micheline is a member. The training was intended to strengthen the network in order to:

The training provided participants with information and increased understanding about gender and non-violence. They were also equipped with practical skills including facilitation, fund raising, proposal writing and women leadership skills.

After the training, the participants are expected to put into practice all that they have learnt, including running workshops in their respective countries or provinces on non-violent peace building. Further training will be planned for the participants in the near future.

For more information on this initiative or to find out about workshops on this topic, contact Micheline at micheline@genderjustice.org.za.