Working with men to address HIV in Uganda

MenEngage Africa led a one-day workshop with key stakeholders to encourage and promote men’s full participation in efforts to address HIV and AIDS in Uganda. Held on the 15th of May, the workshop aimed to increase the support of programmes designed to improve the effective engagement of men in the HIV response.

Using a range of participatory methodologies, it presented the latest data and current promising practices for effectively engaging men in the HIV response, with a gender transformative approach at the centre of the intervention.

The Men & HIV campaign is one of key thematic areas that MenEngage Africa focuses on. Our work in gender transformation has informed us that gender inequalities and harmful gender norms are important drivers of the HIV epidemic, and they are major hindrances to an effective HIV response. While access to HIV services for women and girls remains a concern – particularly HIV prevention among adolescent girls – a growing body of evidence also shows that men and adolescent boys are less likely to have an HIV test, access antiretroviral treatment or adhere to this treatment.

Therefore, there is an urgent need to reach men and adolescent boys in Eastern and Southern Africa (ESA) with evidence-informed HIV prevention, HIV testing and counselling as well as treatment and care services because the latest data show that:

Engaging men and adolescent boys in the HIV response is important in order to increase men’s access to, and use of, HIV services as well as to transform the gender norms and power inequalities that contribute to men’s risk-taking and women’s vulnerabilities.

Much has already been achieved in working on effectively engaging men in the HIV response and there are a number of promising practices. However, programmes tend to be small scale and fast-tracking the HIV response among men will require a co-ordinated scaled up response. To support this, and building on the 2016 UNAIDS Platform for Action on Men and HIV, a Men and HIV Campaign is being co-ordinated by Sonke Gender Justice with support from the UNAIDS Regional Support Team for Eastern and Southern Africa and MenEngage Africa. This campaign seeks to scale up efforts to fast-track the effective engagement of men in the HIV response to end AIDS as a public health threat by 2030. 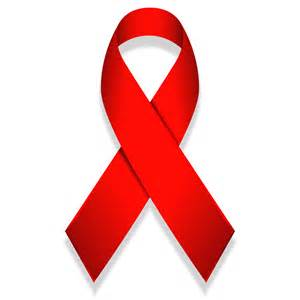