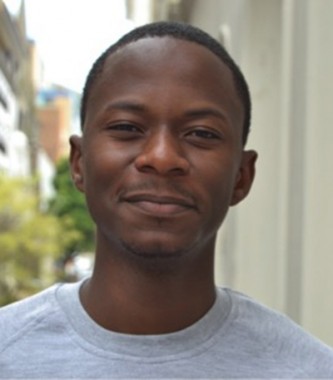 Busiso was the Regional Policy and Research Specialist for Sonke. He is a development sociologist who has contributed to published and unpublished scholarly articles on a broad range of development policy related issues including poverty, human rights, inequality, sustainability and agriculture. He is best known for his work as the advocacy and campaigns coordinator with the Studies in Poverty and Inequality Institute (SPII) and lead author of the South African Human Rights Commission (SAHRC) Special Focus Area Report (2013) on the Right to Food.

Busiso started his career at the SAHRC working on the intersection between constitutionalism and politics and moved to SPII where he worked on developing a socio-economic rights monitoring tool for the country with an explicit focus on agrarian reform and the progressive realization of the right to food. His current research projects include: the role of judicial activism, public interest litigation and collective action in realizing the Right to Food and the political economy of the SDGs. He has a vested interest in gender-responsive budgeting and the mainstreaming of gender in planning processes in South Africa and the continent. For him, gender equality is both a goal and a means of achieving sustainable development.

Busiso has vast experience in corporate and public organisations and has appeared on several local television and radio networks as a human rights defender and commentator. He has delivered several thought leadership papers and presentations at local, African and International conferences. In various capacities he has also contributed to high level negotiations and meetings at the Southern African Development Community (SADC) and Network of African National Human Rights Institutions (NANHRI) levels, regional civil society forums such as the SADC Council of Non-Governmental Organisations (SADC-CNGO) and other multilateral agencies on several occasions.

Busiso holds a Masters of Arts in Human Rights, an Honours degree in Development Studies, an undergraduate degree in Politics and International Relations all from the University of the Witwatersrand in Johannesburg, South Africa. He has received various awards over the years, he graduated as the top land and agrarian reform scholar from the University of the Witwatersrand and in 2015 he was honoured as part of the Mail and Guardian top 200 young South Africans.