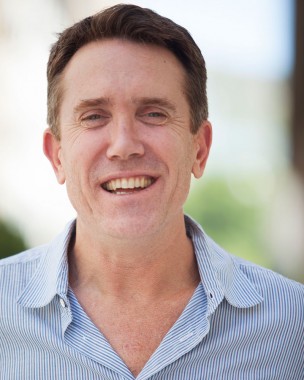 Dean Peacock is co-founder and Co-Executive Director of Sonke Gender Justice, a multi-award winning South African NGO working in twenty five countries in Africa and globally to prevent gender-based violence, reduce the spread and impact of HIV and AIDS and promote gender equality, and human rights. He is also an honorary senior lecturer at the University of Cape Town’s School of Public Health and an Ashoka Fellow. He is also the co-founder and former co-chair of the MenEngage Alliance, now active in 70 countries around the world.

At Sonke, Dean oversaw all of the organisations’ programmatic work, including Sonke’s work on gender and HIV, its high-impact legal advocacy and successful strategic litigation on prison reform, ending corporal punishment and the gendered impact of silicosis. He is a co-principle investigator on a number of randomised control trial evaluations currently underway to determine the impact of Sonke’s work on men, gender equality, GBV and HIV.

Dean’s work and activism over the last twenty five years has focused on issues related to gender equality, men and constructions of masculinities, HIV and AIDS and social justice. In 1985 he joined the End Conscription Campaign to oppose Apartheid army violence and later worked with homeless youth in Managua, Nicaragua and in San Francisco in the US. From 1994-2000 he worked at Men Overcoming Violence in San Francisco working with perpetrators of domestic violence in jails and community settings and establishing the MOVE Youth Program and Students Talking About Non-Violent Dating, a peer education partnership between MOVE and San Francisco Women Against Rape. From 2003 to 2006 he served as the South African Program Director for EngenderHealth and coordinated the South Africa Men As Partners Network and later worked for the Treatment Action Campaign, the London School of Hygiene and Tropical Medicine’s Gender Violence and Health Unit, and the UCLA Program in Global Health.

Dean is a frequent plenary and keynote speaker at conferences and international meetings, including at the United Nations, International AIDS Society Conferences, and other fora. He has participated in many UN expert group meetings on GBV prevention and serves on the jury for the International Gender Equality Prize and on a number of advisory boards including: the World Health Organisation Working Group on Men and HIV, the UNAIDS Global Coalition on Women and AIDS, the AVAC and PSI coordinated User-Centered Research on HIV Testing and Linkage to Treatment for Young Men, and the SaferSpaces, Knowledge and networking portal on violence and crime prevention in South Africa. He has served as an advisor to many UN agencies, the UN Secretary General, and the Nobel Women’s Initiative’s Global Campaign to Stop Rape in Conflict.

He has an Honours Degree in Development Studies from UC Berkeley and a Masters in Social Welfare from San Francisco State University.