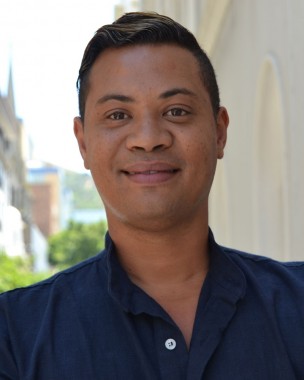 An attorney by profession and a graduate from the University of the Western Cape, Keegan obtained his LLB Degree in Law in September 2004 and was admitted as an Attorney of the High Court for the Cape of Good Hope Provincial Division in December 2005. Keegan joined Sonke Gender Justice in October 2014 as the CEM Manager for the Western Cape. In addition to his qualification and experience in the legal profession, Keegan had been employed as the Provincial Legal Officer and later as the Acting Provincial Coordinator for the Commission for Gender Equality in the Western Cape for nearly 8 years and brings with him a wealth of institutional knowledge pertaining to the operations of Chapter 9 institutions, which were established under the Constitution of South Africa to support Constitutional Democracy.

Prior to joining the Commission, Keegan was employed as a Professional Assistant at the Cape Law Society’s Disciplinary Department between 2005-2007 and completed his articles with a small Law Firm in Brackenfell, Stopforths Inc. in November 2005, where he specialised in civil and criminal law, family law, deceased estates and contracts.

However, through his activism and advocacy while at the Commission, Keegan developed a passion for the gender movement and has been a strong and involved member of various structures, both within civil society and government departments which is evident from his career highlights below: