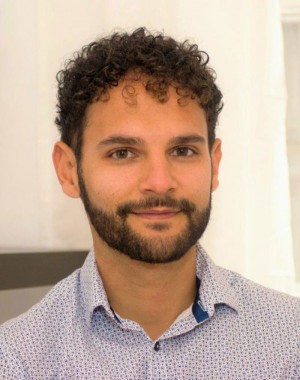 Rafael is currently a postdoctoral research fellow for the Basque Government posted at Sonke Gender Justice, in South Africa. His aim is to contribute with evidence-based policies in gender justice as well as engage in the transformation of structural drivers of gender inequality using innovative approaches.

In 2015, Rafael completed a PhD in Sociology at the University of the Basque Country, Spain, where he had been a faculty member since 2012 with a doctoral grant awarded by the Basque Government. His thesis focused on African Pentecostalism migratory contexts. The fieldwork was carried on in Johannesburg and Bilbao and examined the psychosocial drivers of integration in the discourse of social transformation evoked by pastors. During this time, Rafael has been a visiting researcher in multiple institutions. In the African Centre for Migration and Society at Wits University (2013) he was a member of the research team in the MiWORK research Consortium (UN, ILO, Wits, and the EU) analyzing migrant workers labour trajectories in Durban and Johannesburg. In 2015 he was a visiting phd at the International Migration Institute at the University of Oxford and collaborated with a book chapter on belonging and integration of migrants in the African Diaspora. In 2016 Rafael was funded by the UPV/EHU through the European Social Fund to carry on a fieldwork with young Senegalese social entrepreneurs in Saint-Louis du Senegal. In this project, he explored the transformations of masculinity and the religious struggles perceived between generations. In the same year, he received a prize for outstanding phd achievement (cum laude and international doctorate) awarded by the Department of Science Policy of the Basque Government. Since 2012 Rafael has been an associate researcher at the Autonomous University of Barcelona (ISOR) in several projects supporting the Catalan and the Spanish government with evidences for public policies in cultural diversity and religious pluralism.

He also loves to learn languages and often is said to have created his own by mixing expressions and words from different cultures.