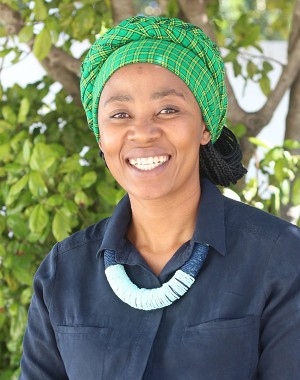 Vuyiseka Dubula joined Sonke as the Programmes Director: Community Mobilisation and Accountability. She completed her PhD at the Centre for Civil Society (University of KwaZulu-Natal)’s school of Built Environment and Development Studies. Her undergraduate studies were in applied psychology in professional contexts (University of South Africa). Her post-graduate studies were focused on HIV/AIDS management in the place of work (Stellenbosch University).

Vuyiseka has been involved with Treatment Action Campaign (TAC) in multiple roles since 2001, but more recently she was their general secretary (executive director) for eight years. Then joined Sonke Gender Justice as their Director of policy and accountability unit in 2014, and became the director of programmes in 2017. She has also has experience in academic postgraduate teaching and student supervision from her lecturing role on social aspects of HIV/AIDS at the Africa Centre for HIV/AIDS Management (University of Stellenbosch).

She is openly living with HIV for seventeen years, and has been the leader of people living with HIV through serving on South African National AIDS Council (SANAC). Also a founder of the Activist Centre for Education & Development (AEDC) in 2009 which facilitate access to higher education for women living with HIV activists and create platforms for community activist’s leaders particularly women to reflection, writing and record their stories.

She is a recipient of various awards for her leadership and activism, including the Global leadership award from Acacia Global (2015), John Lloyd Foundation Leadership Award (2010), recognised by the University of Oslo as a “courageous leader” (2004).