Engaging youth in sports to prevent GBV, HIV/AIDS, child marriage and to promote SRHR in Kenya 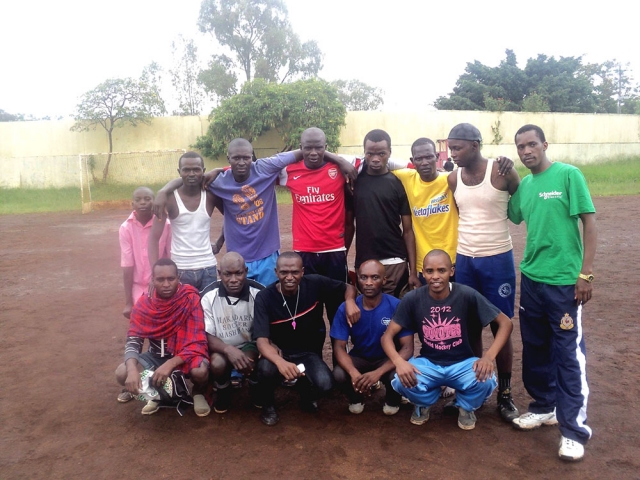 Over 160 young people aged between 12 and 25 years took part in sports-driven awareness activities, in Nairobi, Kenya, earlier this month, on the 2nd of May, to discuss issues that many youths are grappling with – sexuality, HIV and AIDS, relationships, marriage and gender-based violence as well as the challenges that accompany these. The event was organised by Kenya MenEngage Alliance – KEMEA and the Pentecostal Evangelical Fellowship of Africa (PEFA) Churches of Kenya.

On the day, play met frank talk about issues affecting young people’s lives. They participated in a variety of sporting activities, including football, volleyball, relays, sack races, and sprints. They also listened to experts speak on issues that affect them. Peer educators and counsellors spoke with the youth about HIV and AIDS, one of the challenges facing Kenya’s young people.

“It is against this background that we had this awareness day, since the Ministry of Health attributes the new infections to early sex where 20% of youths aged between 15 and 24 had sex for the first time before their 15th birthday. We believe that there is an urgent need to refocus attention on HIV prevention, particularly amongst the youth”, says Elias Muindi, Programme Officer for Kenya MenEngage Alliance.

“Studies done in Kenya also show that the fastest-growing risk factor for ill health in young people aged between 10 and 24 years in the past 23 years has been unsafe sex. We want to help reduce these statistics”, he adds.

“This awareness initiative, which included sports as an activity that many young people identify with, has made us realise that it is crucial to invest urgently in the health, education and lives of the youth”, says Muindi.