This was always going to be one of the longest drives of the whole trip, it rained most of the way and the driving conditions were not great. We did listen to the news every half an hour for about seven hours though.

We met Mr Jibhana in the road outside the town of Whitlesea, it’s amazing how the most loosely made plans seem to just work out in the Eastern Cape, he was just sitting outside a shop waiting for us, without any real indication of when we would turn up. The road to Hofmeyr is one long, straight road through the Karoo desert. Hofmeyr just springs up out of nowhere and, from the looks we got, doesn’t get a lot of visitors. 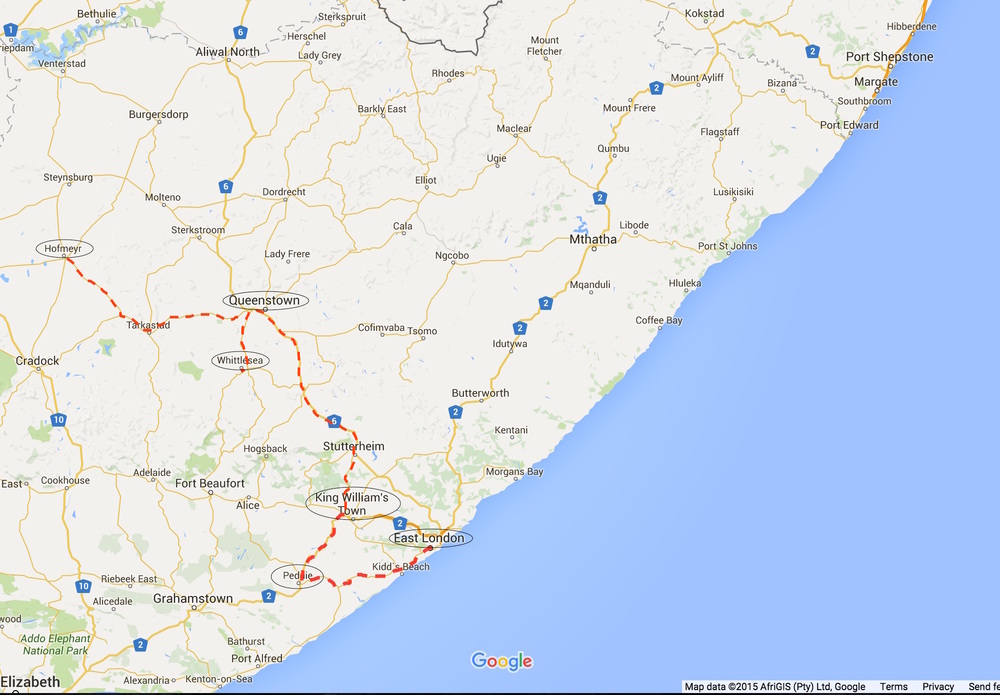 Here is a map of the trip so far and a short timelapse that shows just the last part of the drive to Hofmeyr. We drove 3.5 hours just to see Mr Bozo and luckily he was there to meet us in town.

It’s important to remember the vast distances that these men have to travel, by bus or taxi, to access any kind of healthcare outside of that available in their small rural town.

Dyamara Jibhana lives in Whitlesea, Eastern Cape with his brother. He worked on the mines for 39 years and received no compensation when he was diagnosed with silicosis and sent home. Up until 2008 he was working at Beatrix Gold Mine in Witwatersrand Basin. He is now 65 years old and waiting to hear whether he will get some money to help him live with his condition.

Zimoshile Bozo is 57 years old and lives in Hofmeyr, Eastern Cape. He worked on the mines for 27 years at Blyvooruitzicht Gold Mine and was diagnosed with silicosis in 2008. He didn’t receive any compensation and now has to rely on his sister to look after him as he is unable to find work. He lives with with his sister and her children in a small 3 room house in the township outside Hofmeyr.