After 7 days I have started to notice the similarities in the stories that I hear. All of the miners that I have met so far went to work on the mines because it was the best way for a man without a formal education to make some money to support their family. It is much easier to try to dig for stories about how bad the conditions were and how poorly they were treated as workers than it is to try to understand the need for work and the satisfaction that it brought to be able to send money home. In truth it seems that most of the men were pleased to have work and never really questioned the conditions of living and labour. It was what it was and you put your head down and got on with your work to provide for your family.

It is very easy to overlook how privileged those of us are who have a choice about what we do to earn money and to project that mid set by asking questions like “why didn’t you look for other work?” or “what did you want to be when you were younger?” – as if there was a choice.

Bongani Nkala is the first named person on the lawsuit against the gold mines and for that reason he is the miner most often named in the media. In truth he has no knowledge of this and is unaware of the many articles that have mentioned him over the last few months.

Mr Nkala worked at Harmony Gold for 15 years and was sent home from the mine hospital after 6 months of TB treatment. He was diagnosed with silicosis and was paid R50,000 in compensation (approx. $3,600 or £2,360). He used the compensation money to buy a Toyota Avenza and worked as a taxi driver until 2009 when he could not afford the maintenance on his car.

“We were always aware that something could happen” he said as he described a time when 7 of his fellow workers died in a rock fall about 6 metres away from him. “The hardhats were squashed flat under the rocks” he told me. “The safety procedures were not followed” he continued  “We weren’t given dust masks and we were never told about the dangers of silica dust.”

Landile Qebela, 52 years old, has 9 children and works as a security guard now that he cannot work in the mines any longer. He has silicosis from his 32 years service at Vaal Reefs No.8  and received R52,000 compensation in 1995 (approx. £2,460 or $3,730). He stayed at the mine for another 5 years working as a loco driver on the surface until he was retrenched because they could not find a suitable job for someone so sick.

Mr Qebela went to find work in the mines when he was 25 because his mother became sick and he needed to make money to provide for his sister’s future. He managed to send enough money home over the years to support her until she gained her teachers certificate. 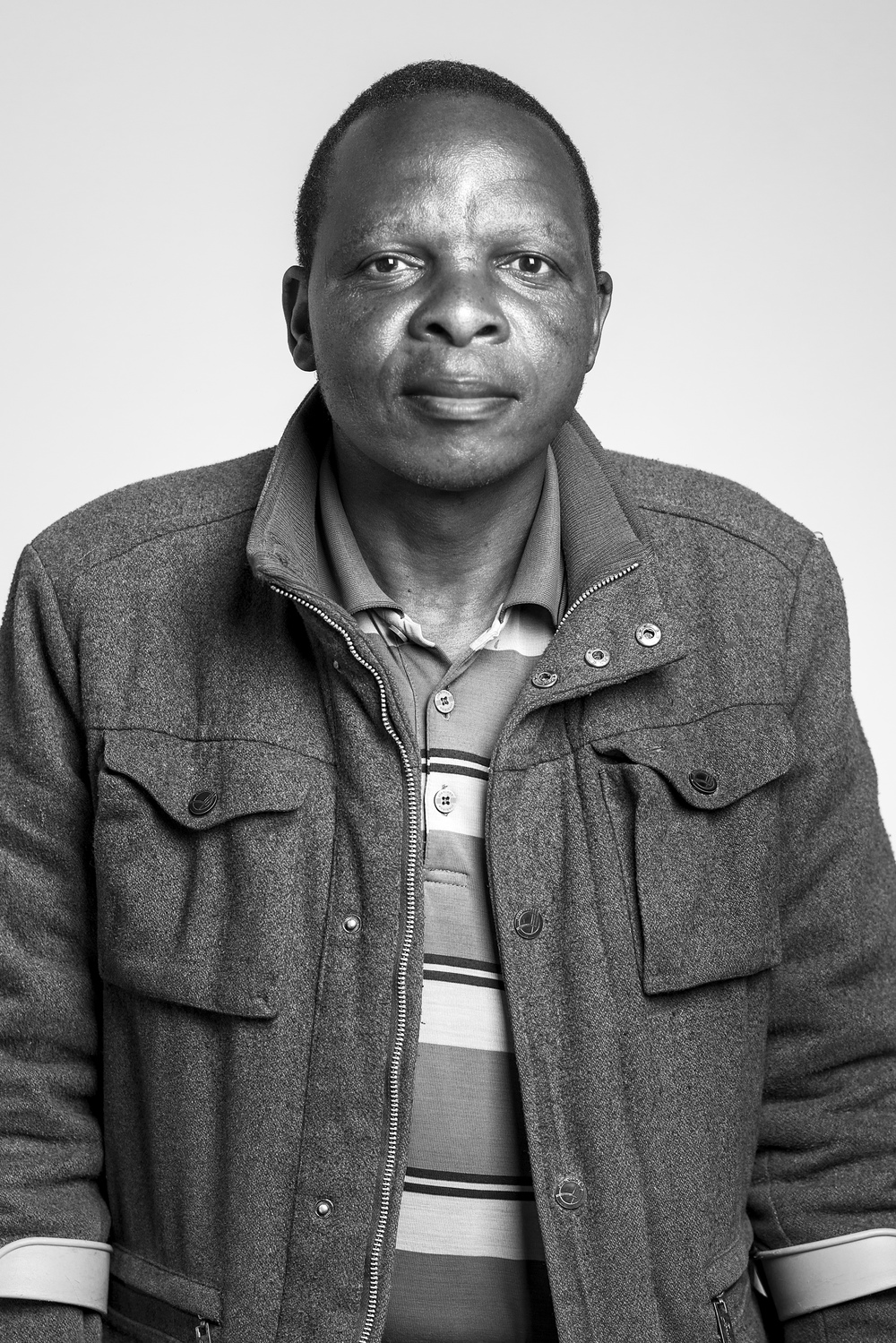