What do we know about the role of men and boys in supporting gender equality?

A wide range of initiatives and interventions now exist for engaging men and boys aimed at increasing men’s support for gender equality and women’s empowerment. Initiatives that seek to change norms, often using collective action, connect up individual, community and institutional levels and target young people are seemingly most effective in this. Not enough is known, however, about what works best when it comes to changing broader social norms, or the institutional arrangements and structures which sustain or shift these norms and attitudes, nor indeed about which men (and women) need to become engaged at different levels, why and how. 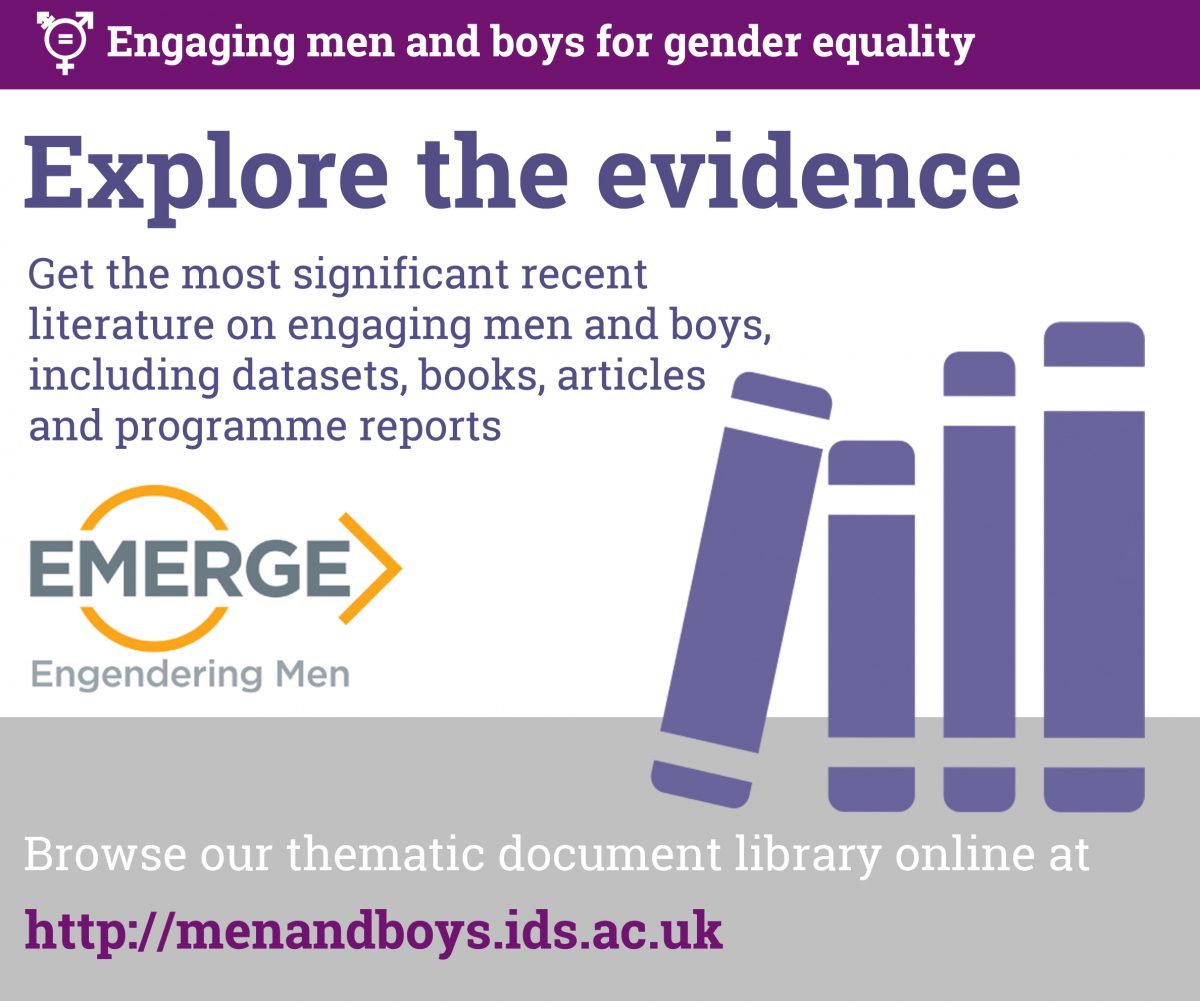 To help address this, the EMERGE project has just published a new resource which gathers evidence and lessons to provide a stronger basis for improving policy, learning and practice.The EMERGE document library provides salient, relevant literature (datasets, books, articles, program reports) published in recent years. It includes studies, as well as mapping of policies and processes of change that have documented impacts on lives and relationships. These examine changes in men’s lives, as well as changes in women’s lives, and changes in the relations between women and men. The studies were selected by relevance to EMERGE learning objectives and the rigor of the methodology, as well as by the strength of the evidence presented. They are organized by nine priority themes, providing key insights on:

EMERGE (Engendering Men: Evidence on Routes to Change for Gender Equality) is a two year project undertaken by Sonke, in partnership with the Institute of Development Studies (IDS) and Promundo. The project’s aim is to review and analyse the evidence available globally in order to enable learning on what works best and to support stronger leadership for working with boys and men to promote gender equality. The project team aims to do this by gathering, inter-relating and analysing evidence and lessons. These will be strategically disseminated in targeted and accessible formats for improved learning, policy and practice. The project pays particular attention to efforts that go beyond individualistic and linear programmatic approaches and instead attempts to understand broader and more lasting impact by effecting changes in laws, policies and institutional practices.

Nine of the ten worst countries for mothers are in sub Saharan Africa, according to Save the Children