Elimination of discrimination against women and girls 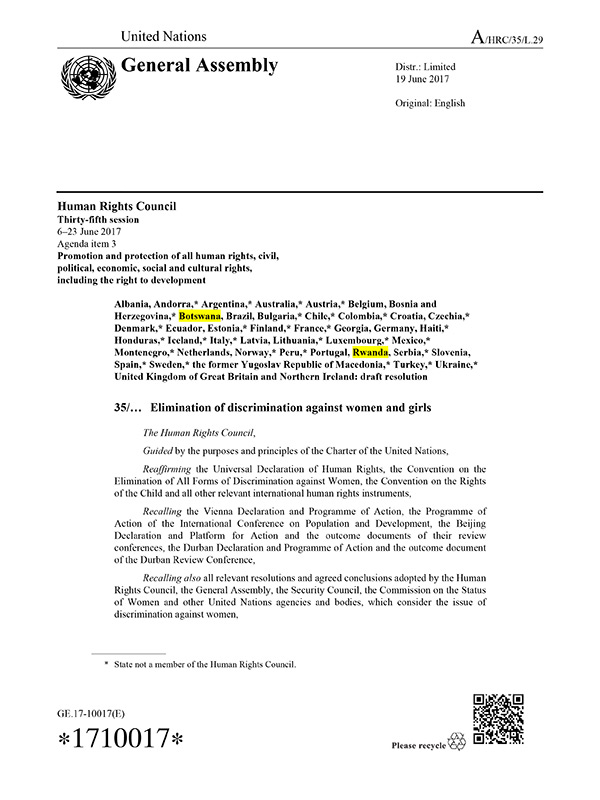 The resolution drafted by Mexico and Colombia on the Elimination of Discrimination against Women and Girls was co-sponsored by forty three countries including Botswana and Rwanda in the Africa Group. It urges States to challenge patriarchal attitudes and eliminate gender stereotypes, address unequal power relations that view women and girls as subordinate to men, reaffirms […] 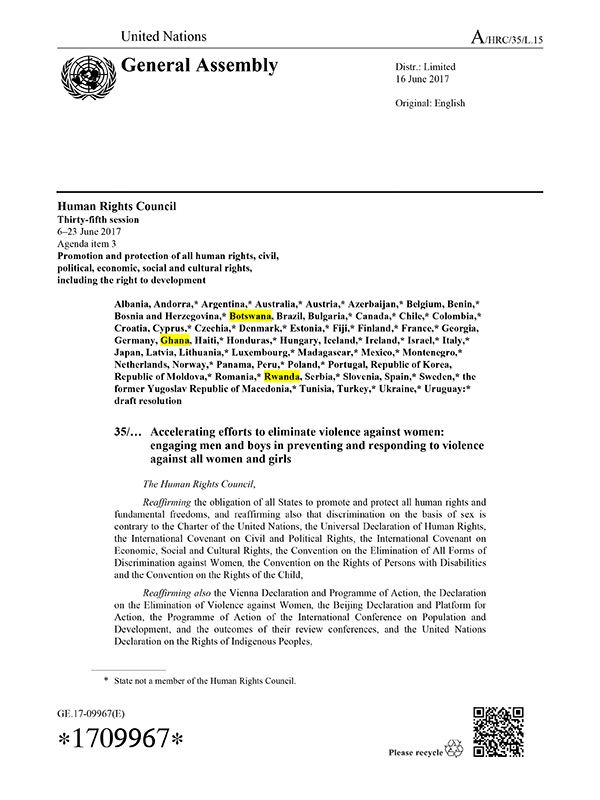 Drafted by Canada and co-sponsored by sixty countries including Ghana, Rwanda and Botswana, the Resolution on Accelerating efforts to eliminate violence against women is the first resolution ever in the Human Rights Council to call on States to implement strategies to engage men and boys in preventing and responding to violence against all women and […] 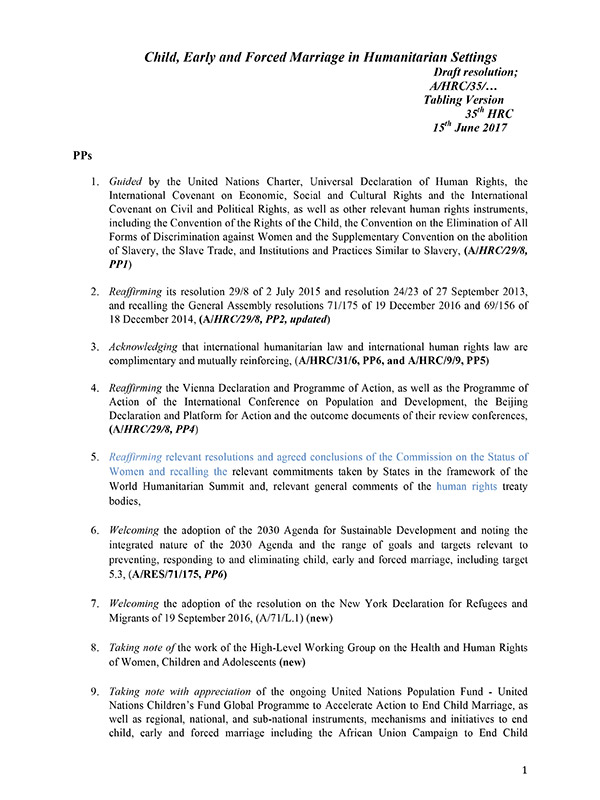 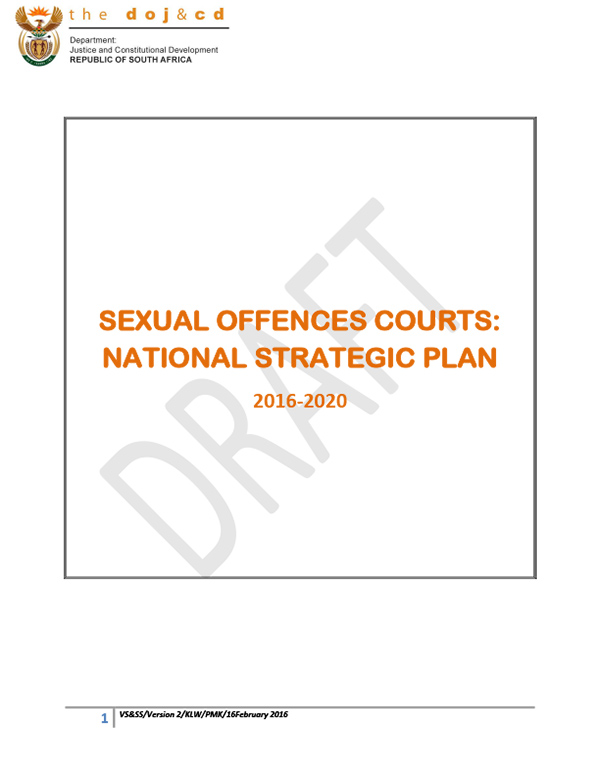 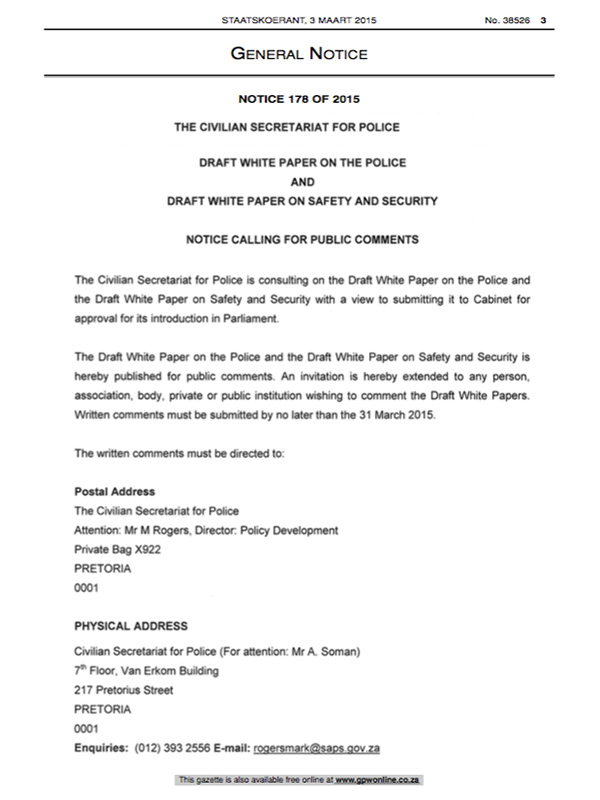 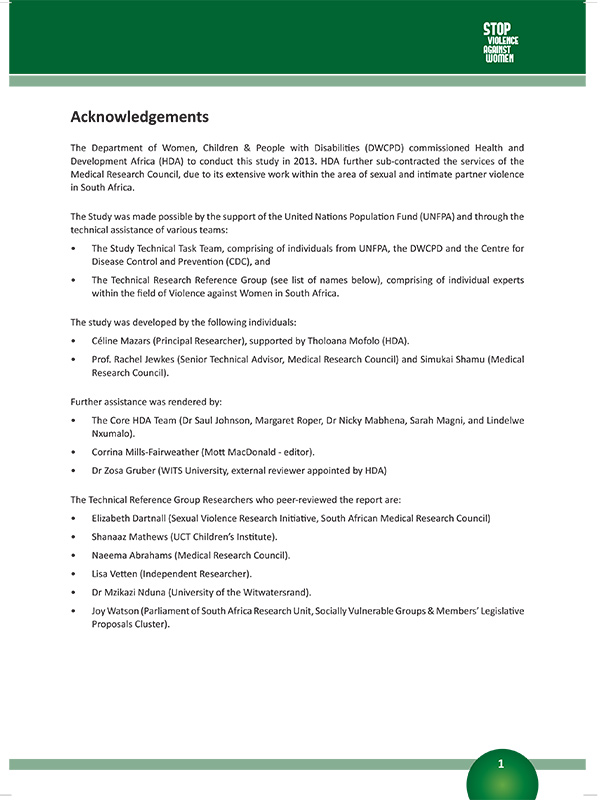 In recognition of the urgent need to respond to high levels of IPV and SV, the Department of Women, Children and People with Disabilities (DWCPD) commissioned this study on VAW. This is the first national effort to compile, synthesise and analyse data on the scale, determinants, consequences and responses to VAW in South Africa. The […] 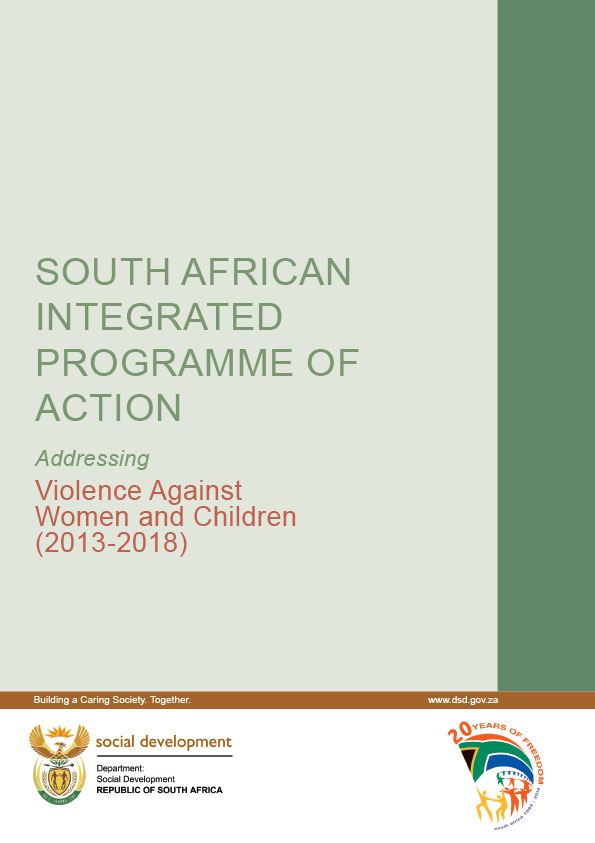 The high level of VAWC is particularly alarming and continues to have a devastating and lasting effect on survivors. It also harms families across generations, as well as communities, and constitutes one of the key drivers of the HIV epidemic in the country. Violence undermines social and economic development, it reinforces intergenerational cycles of poverty […] 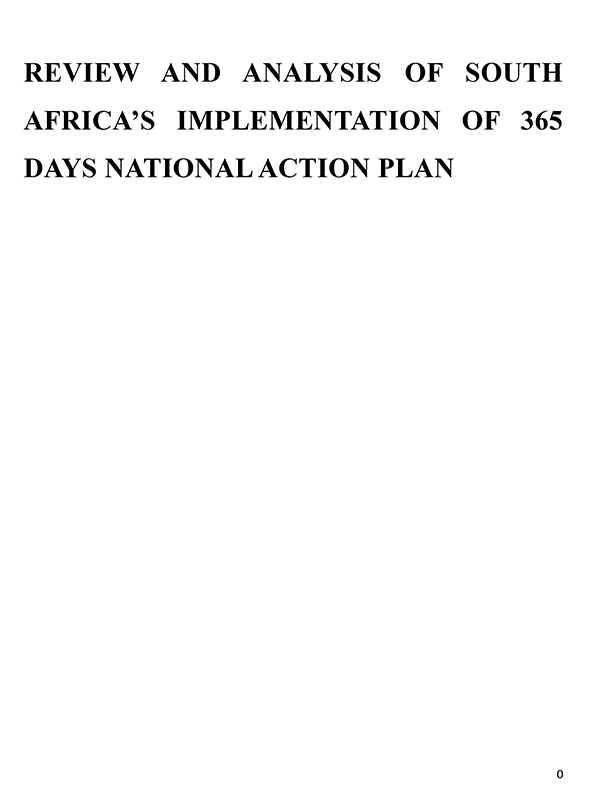 As a country South Africa continues to make efforts to address gender-based violence (GBV). This is done through numerous approaches and strategies including legislation, policy, and strategic leadership and mainstreaming gender into various components of its work. The government leads efforts to abate GBV. The 16 Days Campaign against GBV has gained momentum in South […] 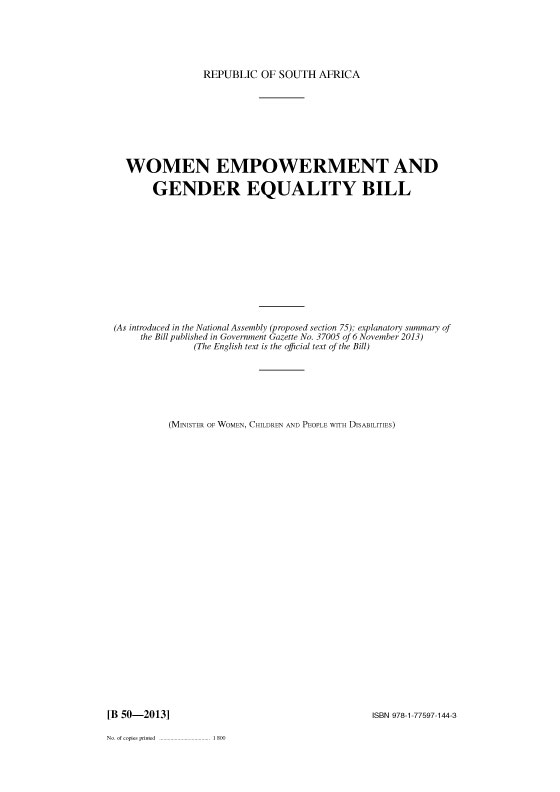 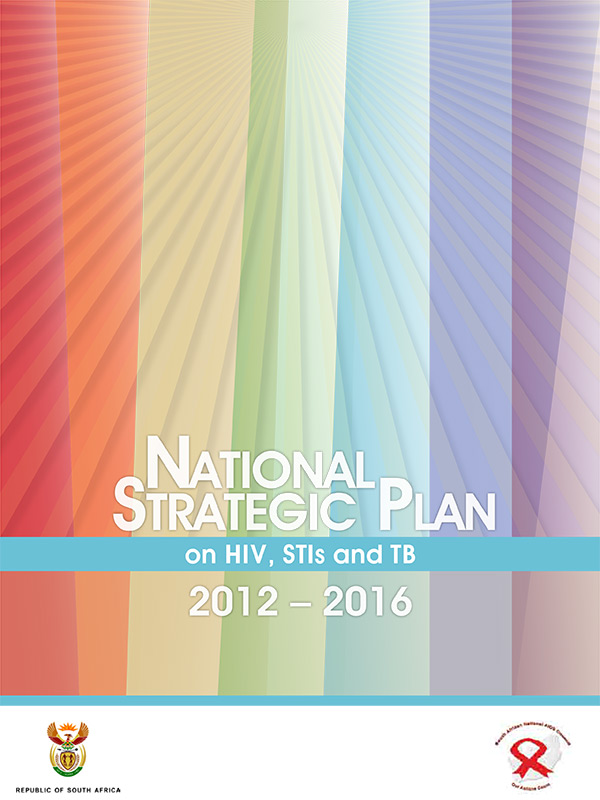 The National Strategic Plan (NSP) on HIV, Sexually Transmitted Infections (STIs) and Tuberculosis (TB) (2012–2016) NSP is the strategic guide for the national response to HIV, STIs and TB for the next five years. The plan addresses the drivers of the HIV and TB epidemics and builds on the achievements of the previous NSPs to […] 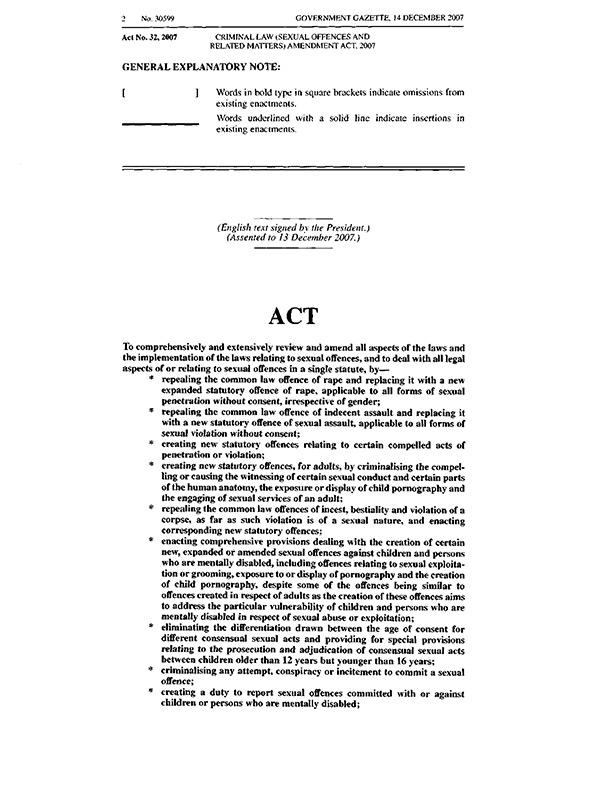 WHEREAS the commission of sexual offences in the Republic is of grave concern, as it has a particularly disadvantageous impact on vulnerable persons, the society as a whole and the economy; WHEREAS women and children, being particularly vulnerable, are more likely to become victims of sexual offences, including participating in adult prostitution and sexual exploitation […]