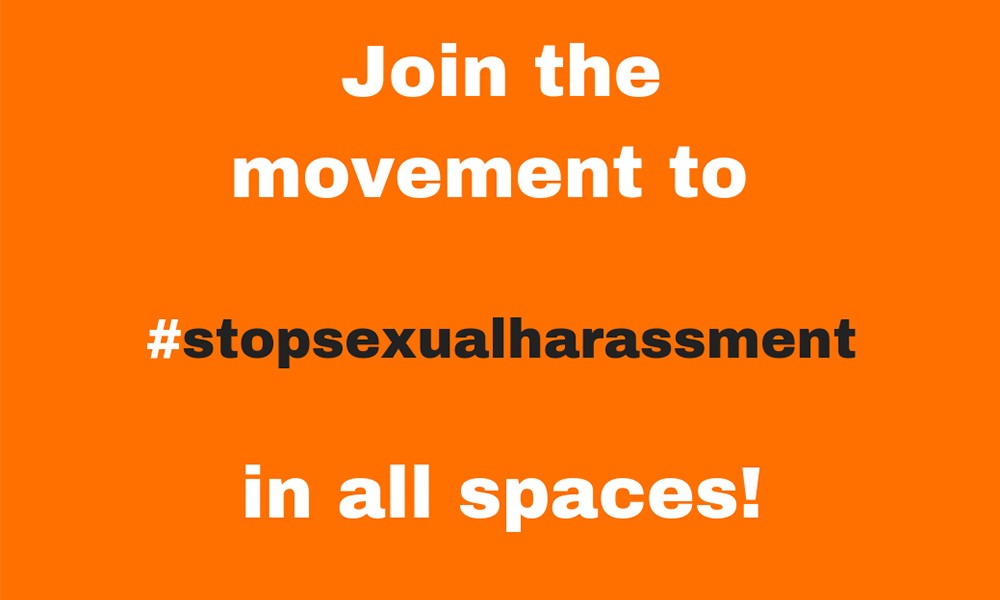 Join the movement to #StopSexualHarassment in all spaces!

Sparked by the viral #MeToo movement, which saw women around the world share their stories of harassment and assault perpetrated against them, sexual harassment continues to be called out in every industry around the world – from the film industry to the finance sector. The NGO sector has not been immune.

We should address sexual harassment head on and in so doing become active agents of change.

Sexual harassment is a human rights violation. There are a number of laws in South Africa which protect our rights to safety, offer protection from harassment; and promote bodily integrity – but as we know, women experience daily violations ranging from unwanted sexual advances to more severe forms of gender-based violence.

These daily violations have become so normalised and are yet another example of the entrenched rape culture in our society.

Violence exists on a spectrum and by normalising sexual harassment we edge closer to normalising other forms of violence.

During 16 Days of Activism against Gender Based Violence – and beyond, Sonke is raising awareness about the different forms sexual harassment often takes, as well as importantly, how to take action and safely interrupt sexual harassment should you see it happening.

Read the first in our series of comic strips showing how pervasive sexual harassment is the lives of women in South Africa. And join the movement to #StopSexualHarassment in all spaces! 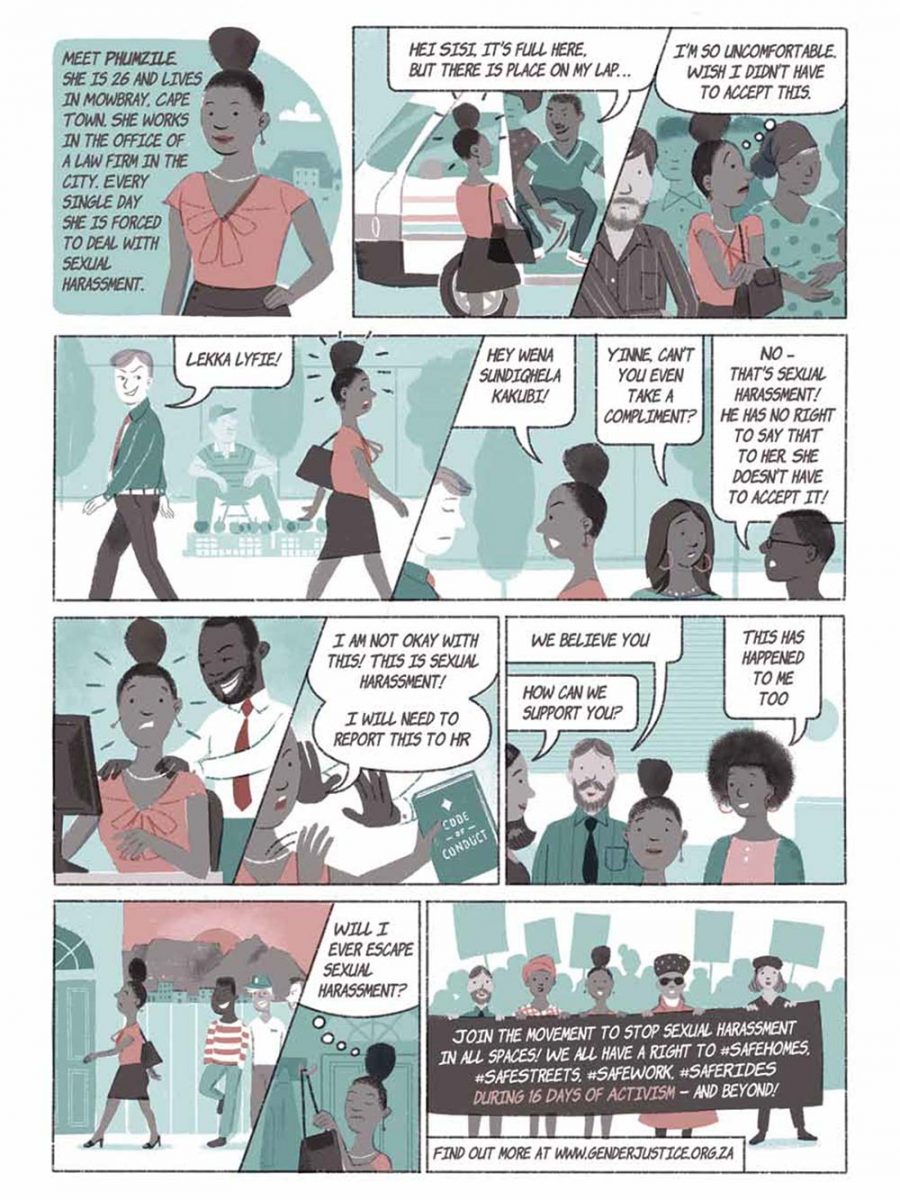