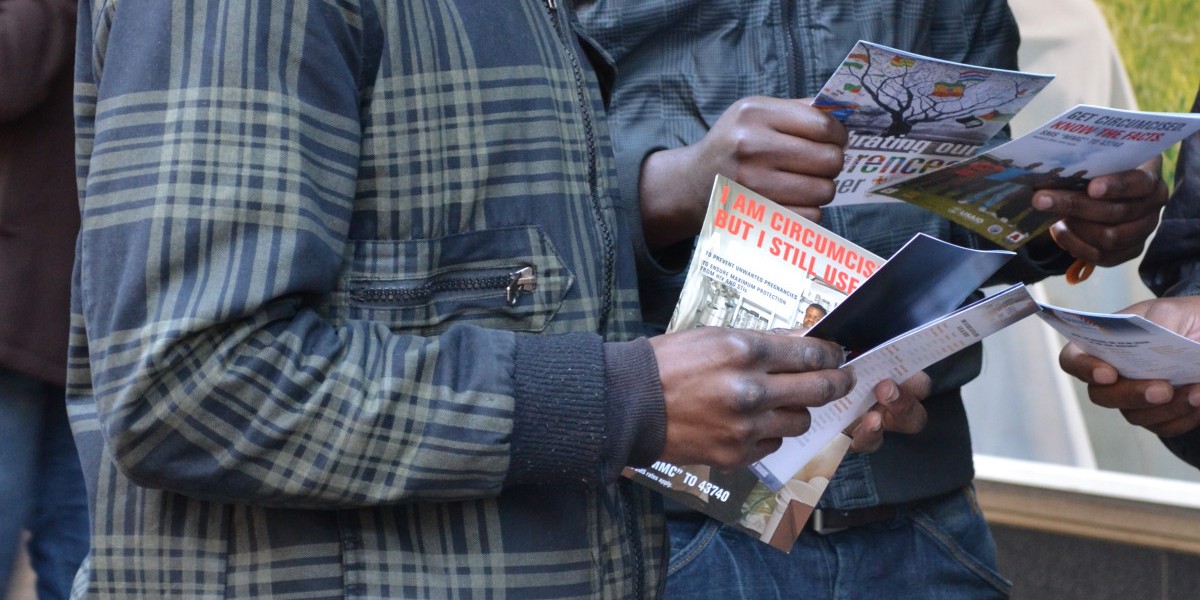 The increased availability of bio-medical HIV prevention approaches, like medical male circumcision (MMC), mark an important step towards reducing HIV infections. However, it is important that these methods not be divorced from the social contexts in which they are implemented, especially cultural and gender factors.

In partnership with Artist Proof Studios, Sonke has been granted funding by the South African Development Fund (SADF) and AVAC: Global Advocacy for HIV Prevention to:

Roll-out of MMC in South Africa

South Africa is one of the few countries that explicitly includes MMC in its HIV and AIDS National Strategic Plan, though we do not yet have an official policy on MMC. However, there is growing support for MMC and activitists (including Sonke) will be pushing for a coherent MMC policy that includes a focus on gender.

Towards the end of 2010, male circumcision received support from two important (and vastly different) sources:

MMC does not directly protect women from HIV infection. It provides indirect benefit to women by reducing the number of men who are HIV infected, thereby decreasing male-to-female HIV transmission.

Concerns have been expressed about the ways in which MMC may impact negatively on women, in terms of increased stigma and possible increased violence against women. There are also (as yet unproved) concerns about circumcised men participating in more risky behaviour due to perceptions of immunity.

This is a key focus for Sonke’s work on MMC.

The Case for MMC

Three randomised clinical trials in South Africa, Uganda and Kenya have concluded that MMC can reduce men’s risk of becoming infected with HIV by about 60% because:

After complete circumcision, the skin of the penis thickens and becomes a stronger barrier (like skin on other parts of the body) to HIV infection. Although, it has been clearly proven that MMC significantly lowers the risk of heterosexual HIV transmission for men it does not directly protect women, and there are concerns that it may have harmful consequences for women if condom-use decreases as a result, or if women become stigmatised as carriers of HIV. There are even concerns that there may be an increase in gender-based violence related to condom negotiation.

Brothers for Life, Community Education & Mobilisation, One Man Can