The City He Left Behind

The port city of Merca lies in the south of Somalia and sits between the Lower Shabelle River and the Indian Ocean. It’s home to approximately 230 000 inhabitants, but for 29-year-old human rights activist, Abdillahi Ahmed Mohamed, Merca will always be the city he left behind when he fled from the militant Islamist group, Al-Shabaab, one summer night in 2006.

He ran for ten hours through the jungle that night to a small town called Jilib. When later he phoned his mother she told him, “Keep going in the direction you’re headed and don’t look back.” He never did. With the help of strangers, he travelled to Kismayo, another port city in the south of Somalia, and crossed into Kenya.

Now, Abdillahi is stationed at the offices of a non-profit organisation, Sonke Gender Justice, a block away from Green Market Square in Cape Town – a busy arts and crafts market where scores of other immigrants who have also found refuge in South Africa make their living. He trains Somali migrants about sexual and reproductive health and rights. It’s a taboo subject and one that is connected to tragedy within his own family. 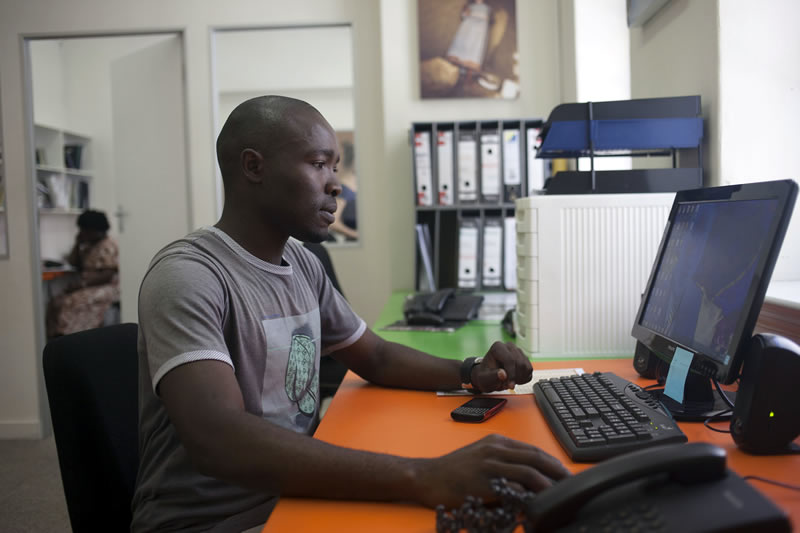 Born on the first of September in 1984, Abdillahi is the fourth of six children. His father, who at one time was in a polygamous marriage, worked as an engineer and later, as an agriculturalist for Somali Food, and his mother sold pottery and farmed maize and other vegetables on a small scale.

“I went to school in Merca,” Abdillahi says, recounting the years of his childhood. “That time, the country was not stable.” It was 1990, and in January the following year, Somalia plunged into civil war after President Said Barre fled the country. The drought in 1992, the most severe in decades, also brought about a famine which killed thousands. “People were dying of starvation and malnutrition,” Abdillahi remembers.

For those two years, Abdillahi says that schools were closed, and he was only able to continue again in 1994 when the situation stabilised somewhat. Still, the country hung in a precarious balance. It was divided into semi-autonomous territories ruled by warlords. “Really, it was a tough time,” Abdillahi remembers; “a tough, tough time.”

When the war broke out, Abdillahi’s parents were struggling to feed their family. Both were out of work, and of their six children they could only send Abdillahi to school. To get there, Abdillahi says he walked “around 10 to 12 kilometres” and he survived on one meal a day. 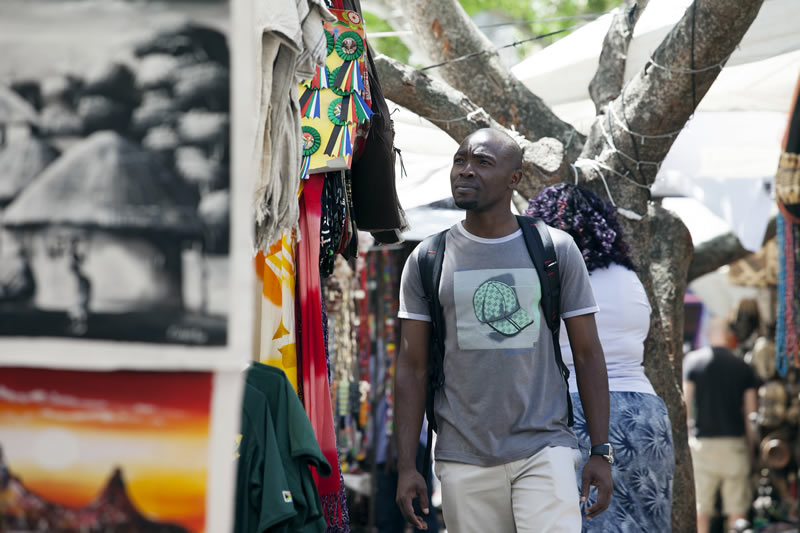 “I used only one book for Mathematics. What I used to do, the teacher, he would say to me, ‘I’ll tick your exercise books,’ I would say to him ‘Teacher please, only tell me whether the answer is correct or incorrect, don’t mark my book.’ I used to write with a pencil instead of a pen because I want to clean that book [rub out the pencil] and use it for next year,” he says.

Books were not the only challenge in the way of Abdillahi’s education. His ethnicity is Bantu, a historically marginalised minority from the south of the country. He looks different from other Somalis, he explains. His skin tone is darker, and it was only years later when he was in Kenya, he says, that he first saw other people who looked like him.

Abdillahi says that many Somalis think that Bantus are not intelligent, and the destiny of a Bantu is to become a farmer or fisherman. “The one thing I couldn’t forget is people that were abusing me when I was passing [on my way to school],” Abdillahi remembers, explaining that sometimes he was shoved or pushed while walking. “Other people, they are teasing me, ‘Why are you going to school? You should just know how to plant.’ It was very painful. Even in class, the teacher discriminates against you.”

Nevertheless, Abdillahi finished primary school at age 16, and started teaching his family what he was learning. “I was teaching A B C D, starting [with] my mom; then my fellow brothers and sisters –my siblings – because they didn’t get that opportunity,” he says. And soon, he was teaching the other Bantu children in Merca. “Those kiddies, after four or five years, I persuaded them that they must join primary school” and by 2004, “almost 500 Bantus were going to school.”

The experience ignited a passion in Abdillahi for teaching and social justice. Now, he draws on this in both his volunteering and his activism work in South Africa. Two or three times a week, he tutors basic mathematics to a cross-section of Somali refugees in Bellville, and as a community educator for Sonke Gender Justice, he spends his days talking to the community about the importance of sexual and reproductive health and rights. 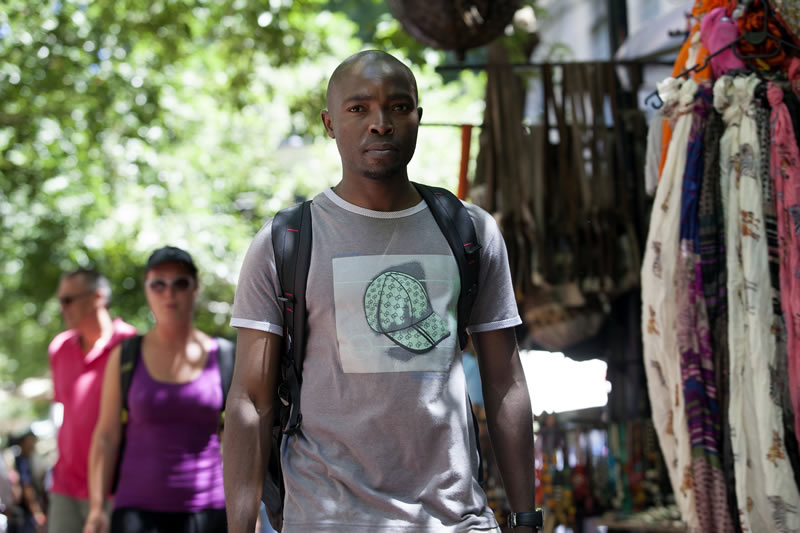 It’s not easy work. An overwhelming percentage of the Somali community is Muslim, and sex and condoms are taboo subjects of conversation. To get his message across – that HIV and Aids “does not know religion” and does not only affect those who have “sex outside marriage” – he has to push against the cultural and religious conservatism of his community. Sometimes he has to face people in the community who say he is “creating trouble”, but as he sees Somalis in South Africa die of AIDS-related illness, he continues teaching them about safe-sex and giving out condoms.

His own sister may not have died if Abdillahi’s family had someone like him teaching them about sexual health and reproductive rights back in Somalia, where he witnessed her die at age 29 from the side-effects of female genital mutilation. Before Mana died, Abdillahi says, he watched her live in pain for six years. “I loved her very much,” he says.

The pain of Mana’s tragic passing was an eye-opener for then 18-year old Abdillahi. He successfully persuaded his mother not to have his youngest sister circumcised and he ventured into the community to speak out against female genital mutilation. He also started volunteering with several Non-Governmental Organisations (NGOs) advocating for access to better health care and educational opportunities for marginalised groups.

Despite the civil war, Abdillahi says NGOs went about their work with relatively little interruption until 2006 when Al Shabaab gained ascendency over the warlords in Merca. “Al Shabaab became very powerful,” he says. They started taxing NGOs and kidnapping their personnel for ransom. Four of Abdillahi’s friends were kidnapped and never heard from again. Abdillahi says he would have been with them if he hadn’t stepped out of the house they were in. 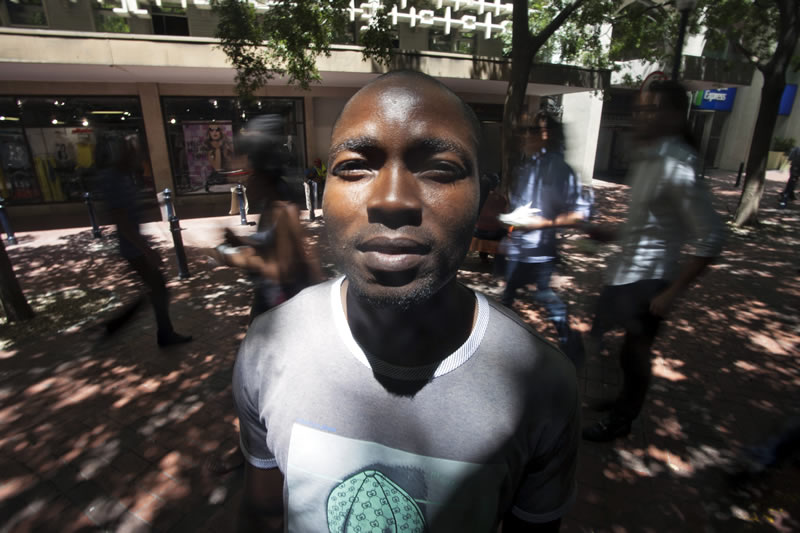 When he heard the sound of gunshots coming from the house, he says he turned and ran. With only the clothes on his back and an A5 notebook, he crossed into Kenya, and ended up in a Kenyan refugee camp, but when his wife got very sick, they continued south to South Africa. He lives in Cape Town with his wife, Qamar, and their six-month-old son, Abdi. Qamar told him he mustn’t be scared of sharing his story. “She said if I’m scared, I can’t be an activist.”

Abdillahi has not seen his parents and siblings since he fled his birth country eight years ago. They still live in Merca, more than 3,000 kilometres away from Cape Town. Abdillahi says his father is old, and he sends money to Somalia for his family regularly. “They rely on me. I sustain them, all of them,” he says. After Abdillahi’s mother told him to run and never look back, he left Merca behind for good, but what the port city taught him about social justice and human rights will always stay with him.