The fifth day of our two-week Women’s Health, Masculinities and Women’s Empowerment: Policy Advocacy Training gets underway in Gaborone, Botswana, today, with the course’s first guest facilitator, Dean Peacock, talking to participants about how to make policy advocacy work.

Dean Peacock is Co-Founder and Executive Director of Sonke Gender Justice. His work and activism over the last 25 years has focused on issues related to gender equality, gender-based violence, men and constructions of masculinities, HIV and AIDS, human rights, and social justice. He is also co-founder and co-chair of MenEngage, a global alliance with networks in over thirty countries across the world. In addition, he is an Ashoka Fellow and an Honorary Senior Lecturer at the University of Cape Town’s School of Public Health.

Since joining the End Conscription Campaign as a high school student in Cape Town in 1985 to oppose Apartheid army violence, he has been involved in ongoing health and human rights efforts. After finishing his undergraduate degree in Development Studies at UC Berkeley Dean worked with homeless youth in Managua, Nicaragua, and in San Francisco. Eager to address the violence that contributes to youth homelessness, he then worked at Men Overcoming Violence, where he worked with perpetrators of domestic violence, and partnered with San Francisco Women Against Rape to establish Students Talking About Non-Violent Dating (STAND), a high-school based dating violence prevention programme.

He later worked at the Center for Effective Public Policy in Washington DC where he co-authored the policy and prevention sections of the US Agenda for the Nation on Violence Against Women and later at the Family Violence Prevention Fund, now Futures Without Violence, to coordinate their Building Partnerships Initiative to address men’s violence against women. From 2001 to 2006 Dean was the South Africa Program Director for EngenderHealth where he coordinated the South Africa Men As Partners Network.

Dean has served as a part-time member of the University of California at Los Angeles Program in Global Health and part-time member faculty at the London School of Hygiene and Tropical Medicine based at the Gender, Violence and Health Centre. Over the years Dean has served as a consultant to many UN agencies, as well as many civil society organizations in South Africa, the UK and the US.

Dean is a member of many advisory councils, including the United Nations Secretary General’s Network of Men Leaders formed to advise UN Secretary General Ban Ki-moon on gender based violence prevention and of the Nobel Women’s Advisory Committee on ending sexual violence in conflict settings.

His writing has been published in many books and peer reviewed journals including The Lancet, The Journal of AIDS, the American Journal of Public Health, the Journal of Men and Masculinities, and the Journal of Gender and Society, and he writes regular opinion and analysis pieces for national newspapers in South Africa and appears frequently on radio and television.

He has a Bachelors with Honours in Development Studies from UC Berkeley, and a Masters Degree in Social Welfare from San Francisco State University. He is a PhD candidate in the Politics Department at the University of Stellenbosch. Together with Sonke co-founder Bafana Khumalo he won the 2007 Men’s Health Magazine’s best man of the year award for commitment to public service. 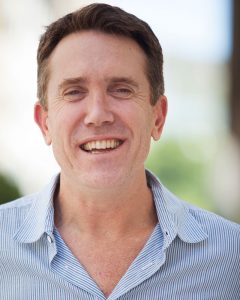