Last night, 20th September 2016, Itumeleng Komanyane, manager of MenEngage Africa and head of Sonke Gender Justice’s Regional Programmes and Networks unit, who hails from Botswana, was among 50 Batswana people under the age of 40 who were celebrated for the work that they do in pursuit of leadership and excellence in the inaugural Change Makers of Botswana awards.

The inaugural awards took place as the country gears to mark 50 years of independent rule.

In celebration of Botswana @50, the award organisers said: “We wanted to honour 50 Batswana Change Makers for their contribution in fashioning Botswana, an evolution that enables the country to be an innovative hub with one of the fastest growing economies in the world. The project answers the question of what makes us uniquely Batswana by identifying people who have inspired change and built Botswana to its position as one of the most prosperous countries in Africa. It is the unique passion of the people that has created a country that is recognised not only for its prosperity, but also for its forward thinking, peaceful rule and the innovation of its leaders and young people.”

The venture, a partnership between the Mail & Guardian newspaper and radio station GabzFM, honours those who have significantly helped transform business, society, politics, academia and culture. Nearly one thousand entries were received, with KPMG and a panel of independent judges tasked to identify Botswana’s top 50 Change Makers of 2016.

Komanyane was awarded in the Social Development Category for her activism work that started taking shape at the young age of 13. Today, she has 20 years of experience working on HIV, youth leadership and gender issues.

Talking about her achievements, she says “the most impact I have has been around issues of youth leadership, prevention of HIV in young people, gender justice and, most importantly, furthering the dream of every African child to become a force to reckon with – both at home and in the global space. 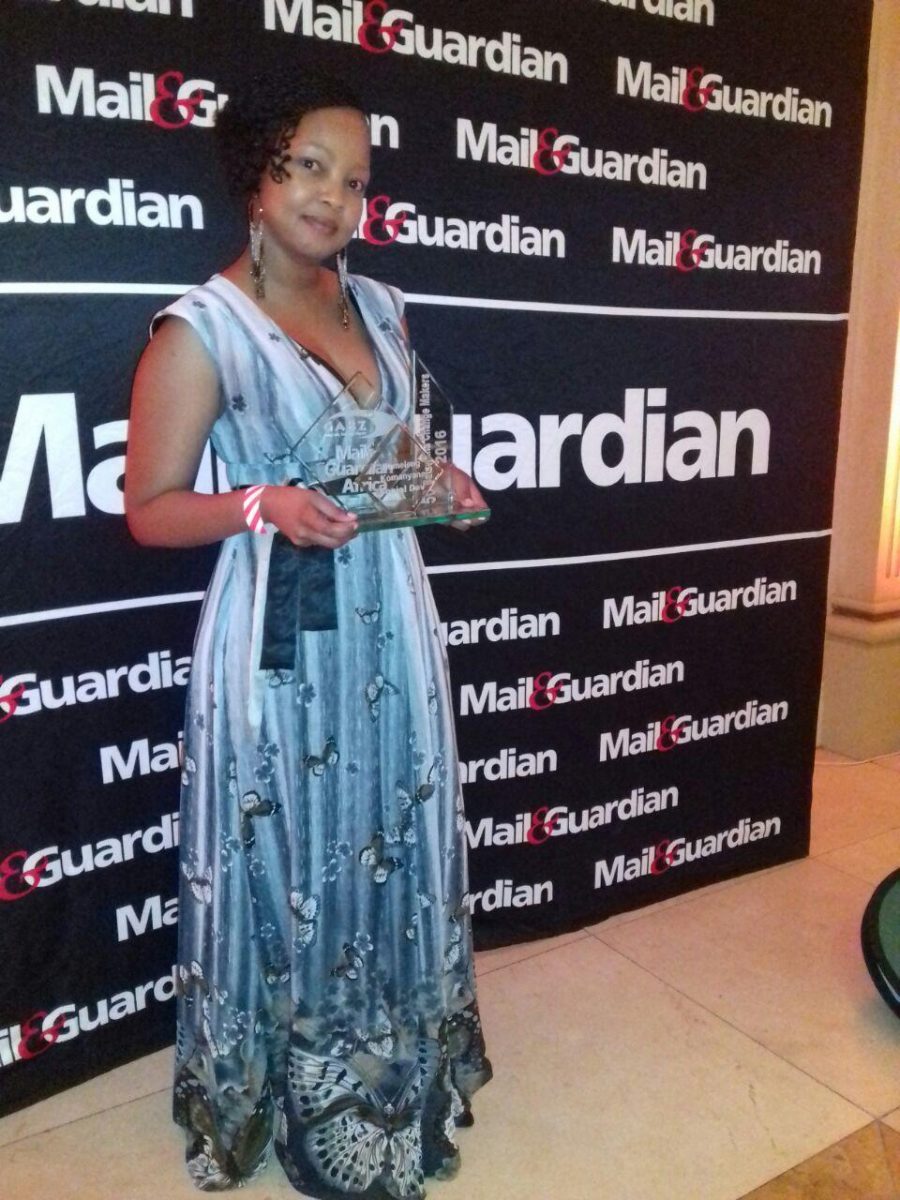