On the last day of the global 16 Days of Activism Against Gender-Based Violence and Violence Against Children campaign, Sonke’s Co-founder and Senior Programmes Specialist, Bafana Khumalo will be recognised alongside the Vice President of the United States, Joe Biden, celebrity athlete and educator Donald McPherson, and actor and activist Patrick Stewart for their leadership in pursuing a world free from gender-based violence. The four men will be receiving the inaugural Vital Voices Solidarity Award which recognises men who work to stop violence against women at an event “Voices of Solidarity” which will be held in New York City on December 10, 2014, which is also International Human Rights Day.

The Vital Voices Solidarity Award acknowledges men who have shown courage and compassion in advocating on behalf of women and girls in the United States and around the world.

On the day before receiving the award, Khumalo will be speaking at a rally in front of the White House urging United States President Barack Obama to take executive action on correct implementation of the Helms Amendment* and to allow U.S. funding for termination of pregnancy services overseas for women raped in conflict, and globally, in cases of rape, incest and life endangerment. The December 9th rally, being organised by the Center for Health and Gender Equity (CHANGE) and involving more than 20 international advocacy organisations is part of the #BreakBarriers campaign that seeks to ensure access to comprehensive, post-rape care and services for survivors of sexual violence in conflict. Earlier this year, at the Global Summit to End Sexual Violence in Conflict which was held in London, Sonke and other partners asked international organisations to fund mobile clinics to assist survivors of sexual violence in conflict areas, where sexual violence is prevalent, and where stigma often causes survivors to fail to seek help. Khumalo says that women and girls suffer unimaginable brutalities and sexual assault in conflict and often don’t have access to post-rape services including counselling and basic medical support. Sexual violence becomes a tactic of war, and women suffer assault upon assault.

“The levels of violence against women in conflict and post conflict settings is unacceptable,” says Khumalo, “It is an indictment against our leaders who continue to look the other way. The abduction of the over 200 girls in Nigeria eight months ago and failure to rescue them up to now demonstrates just how cheaply women’s lives are treated. If only a fraction of the resources and focused leadership deployed in the search for the missing Malaysian plane were used to search for the missing girls, I’m sure they would have been found by now. We need responsive and accountable leadership, and we need it now!”

Sonke’s International Programmes and Networks Manager, Itumeleng Komanyane, says about Khumalo: “Across South Africa and southern Africa, Bafana is recognised for his determined work to advance peace and social justice and for his visionary efforts to get men to support women’s rights. As a co-founder and senior director at Sonke Gender Justice, he has built one of the most successful human rights organisations in Africa.”

The four men receiving the Vital Voices award are being recognised for their exemplary leadership in pursuit of a world free of gender based and a world in which women live free from violence. USAID says that “one out of three women will be beaten, coerced into sex, or otherwise abused in her lifetime, with rates of abuse reaching 70% in some countries.”

“Everyone is affected by gender-based violence,” says Khumalo, “if not directly, then indirectly. Our friends, partners, sisters, and children are being abused, assaulted, attacked, neglected and harassed. In South Africa, most of the women who are murdered are killed by an intimate partner – as many as three women per day die this way. There is a great economic cost to this violence, but more importantly there is the human cost that is felt in great suffering and represented by scars, broken bones, rape trauma and an ever-increasing number of graves. Every citizen has a role to play in speaking up and working against such violence.”

*The Helms Amendment, a decades-old provision, forbids the U.S. to “pay for the performance of abortion as a method of family planning,” but does not prohibit U.S. foreign assistance in cases of rape, incest or life endangerment. Despite the distinction, lack of clarity around the implementation of Helms has served as a barrier to safe abortion services for women and girls, including those raped in conflict.

Bafano Khumalo is Sonke Gender Justice’s Senior Programmes Specialist and one of the organizations’ co-founders. He served as co-director of the organisation from 2006-2010, and as manager of Sonke’s International Programmes Unit and the Policy, Advocacy and Research Unit from 2010-2011. Active in the anti-apartheid struggle, Bafana worked with the Soweto Civic Association and subsequently participated in the peace accords. Bafana has spoken at many international conferences, events and UN meetings on gender and HIV and AIDS. He has been published widely in professional journals and appears frequently on radio and television in South Africa. He has both a bachelors and masters degree in theology from the University of Natal. Together with Sonke co-founder and Executive Director Dean Peacock, he was awarded Men’s Health Magazine “Best Man” Award in 2007.

Sonke’s vision is a world in which men, women and children can enjoy equitable, healthy and happy relationships that contribute to the development of just and democratic societies. Sonke Gender Justice works across Africa to strengthen government, civil society and citizen capacity to promote gender equality, prevent domestic and sexual violence, and reduce the spread and impact of HIV and AIDS.

For more than 17 years, the Vital Voices Global Partnership has collaborated with civil society, the private sector and government to end violence against women. They advocate for effective legislation to ensure the full protection of women’s rights; provide innovative training programs for judges, prosecutors and police; and in conjunction with the U.S. Department of State, offer emergency assistance directly to victims facing extreme acts of gender-based violence around the world.

WHEN: 12:30 p.m. Tuesday, December 9, 2014
WHERE: White House 1600 Pennsylvania Ave, NW, Washington, D.C.
WHO: This call to action has been supported by former USAID Administrator Brian Atwood, more than 30 US faith-based leaders, and a diverse coalition of NGOs.

Note for journalists and editors:

U.S. voters support executive action to ensure funding for safe abortion in cases of rape, incest, and life endangerment. A January 2014 poll found that 57% of U.S. voters favor such action

At the U.N. in September, President Obama acknowledged that “mothers, sisters, and daughters have been subjected to rape as a weapon of war.”

All audio and visual equipment must be hand-held. Tripods and other stands are not permitted on Pennsylvania Avenue. 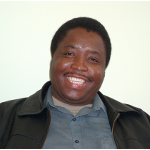