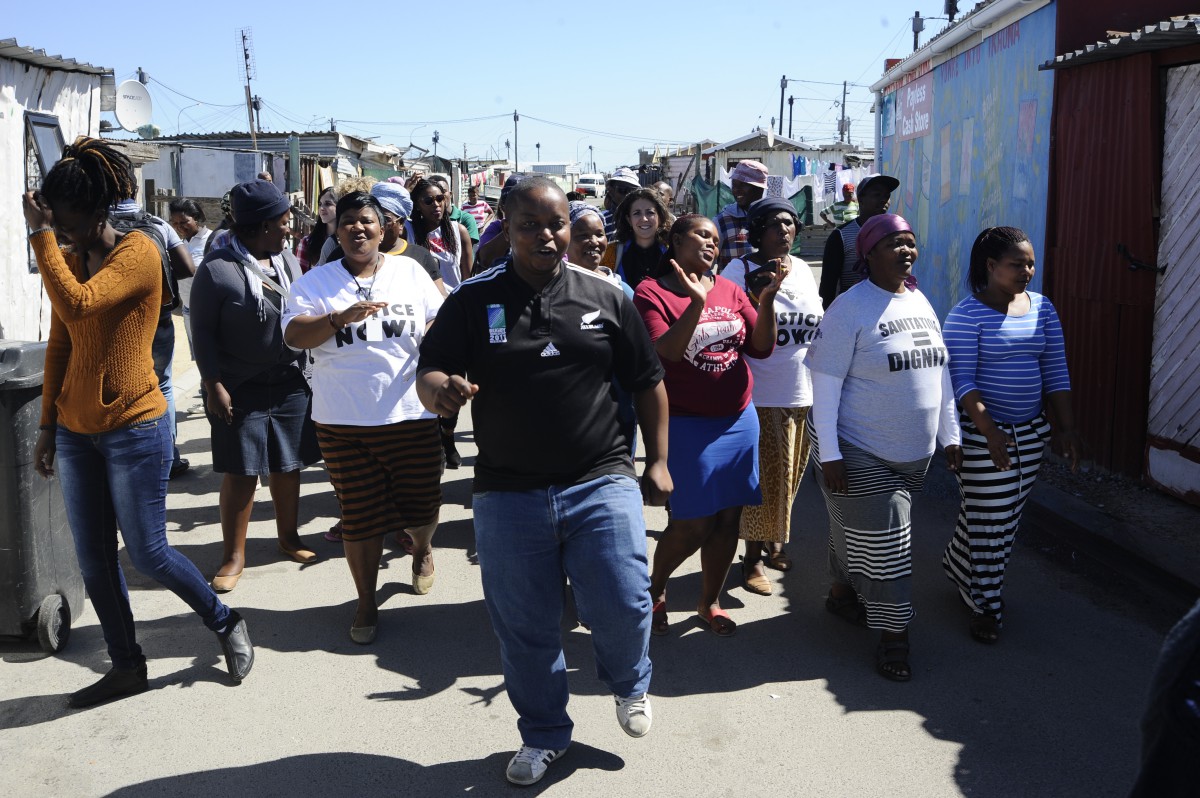 When the annual crime statistics were released by the Minister of Police earlier this month, some celebrated over the 3,2% decrease in the number of total sexual offences reported to the South African Police Service. However, for organisations working in this sector the decrease reported by SAPS was cause for concern.

Research has consistently shown that the vast majority of sexual offences go unreported and so, in the absence of campaigns to improve the rate of reporting, a decrease in the official figures simply underscores the truth that many survivors of rape and sexual assault continue to suffer in silence. In Khayelitsha, according to the latest figures, the number of reported cases of sexual offences decreased by 11,4%.

Womenability, a Paris-based collective dedicated to the promotion of gender equality in cities around the world, together with Social Justice Coalition and Sonke Gender Justice will conduct an exploratory walk in Khayelitsha on Saturday 17 September to raise awareness around issues of gender-based violence as well as lack of sanitation and other basic services, and issues of increased drug use and gangsterism in the area.

40 people, comprised of residents of Khayelitsha, will conduct a 2 hour walk, which will stop at four designated points along the route to discuss issues affecting women in the informal settlement as well as solutions. Included in the stopping points will be the area in which 19 year-old Sinoxolo Mafevuka was brutally raped and murdered. Mafevuka’s naked body was found in a communal toilet about 200m from her home in SST block on 2 March 2016.

The goal of the walk is to propose community-driven solutions to improve public space for women in Khayelitsha. Questionnaires filled in by residents during the walk, will inform a memorandum which will be delivered to the Mayor of Cape Town.

Womenability is a collective firmly dedicated to the promotion of gender equality in world cities. “Through our actions we work towards safer and better cities for women, with an approach that combines exploratory walks interviews and training sessions in situ. Our initiative extends to over 25 cities across the globe, all chaired by women, which will be successively visited in the course of 2016 and for each of which the same three-step process will be repeated.”

About the Social Justice Coalition (SJC)

The SJC is a grassroots social movement made up of 12 branches, located mainly in informal settlements across Khayelitsha, Cape Town. The SJC works to advance the constitutional rights to life, dignity, equality, freedom and safety for all people, but especially those living in informal settlements across South Africa. While these rights are protected and promoted by our Constitution, people do not feel them in their everyday lives. Our campaigns strive to change that reality.

Sonke’s vision is a world in which men, women and children can enjoy equitable, healthy and happy relationships that contribute to the development of just and democratic societies. Sonke Gender Justice works across Africa to strengthen government, civil society and citizen capacity to promote gender equality, prevent domestic and sexual violence, and reduce the spread and impact of HIV and AIDS.