“I just feel the scar. I know that it is a lifetime scar.” 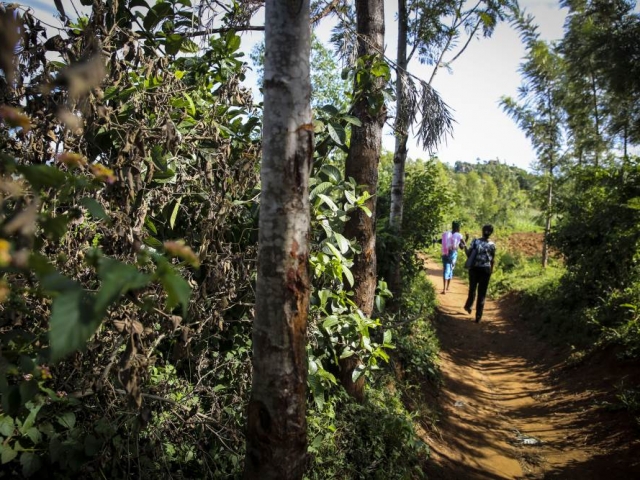 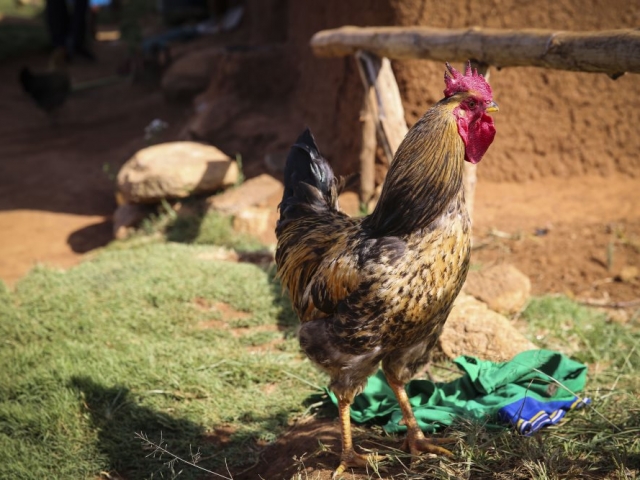 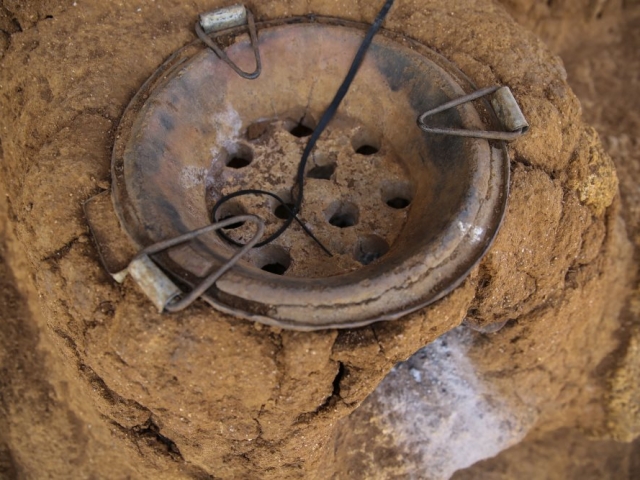 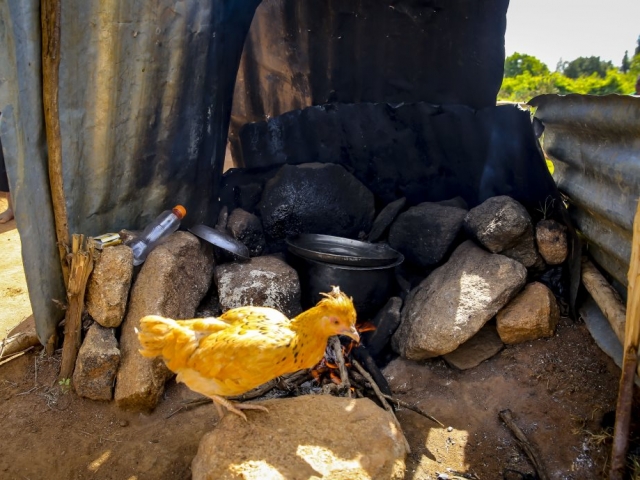 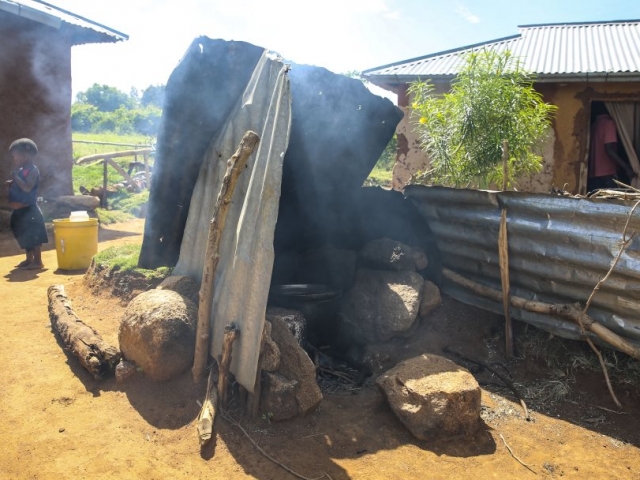 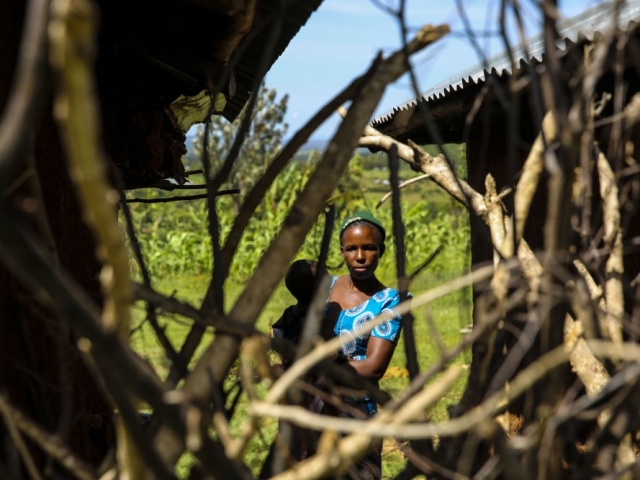 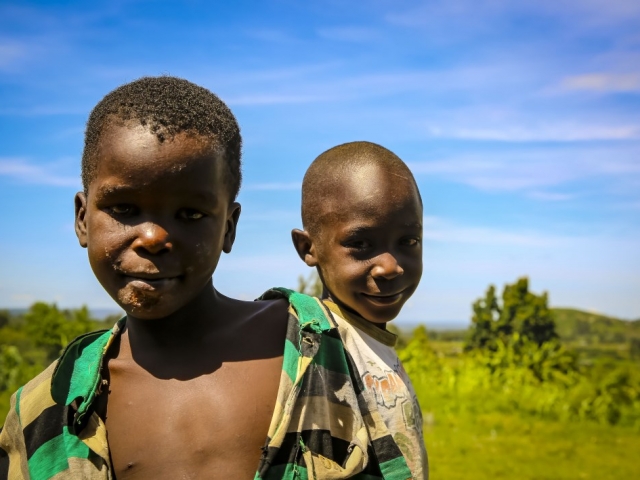 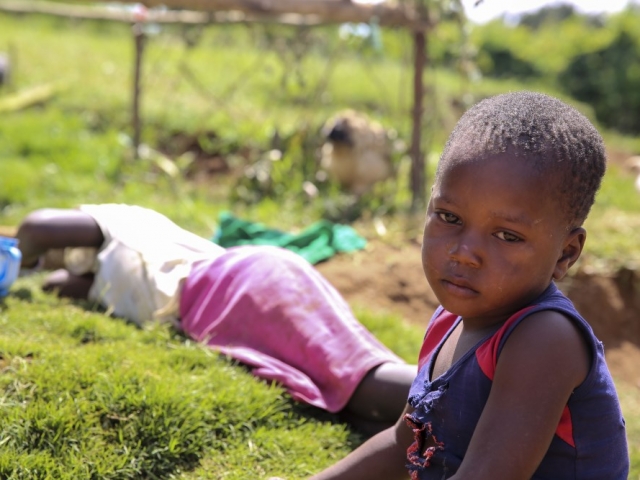 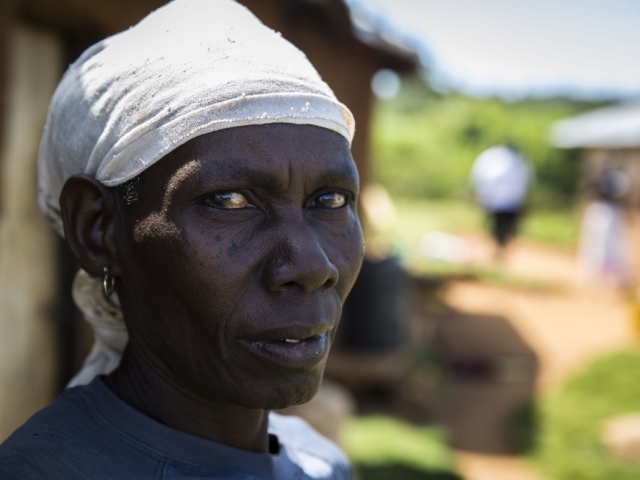 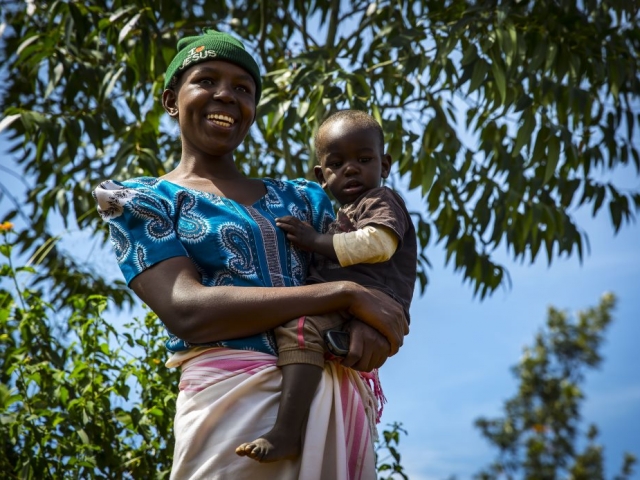 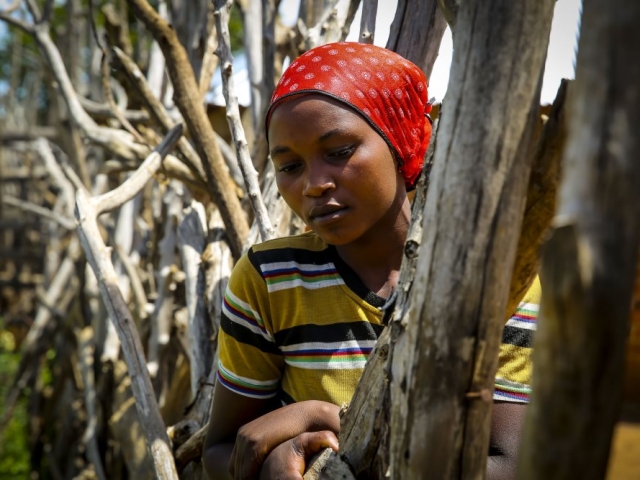 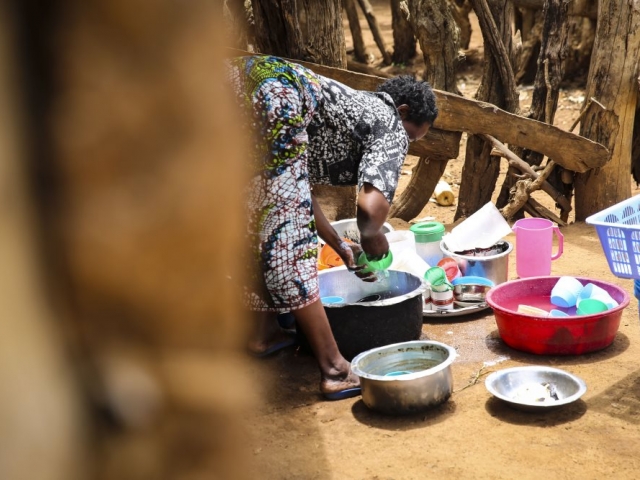 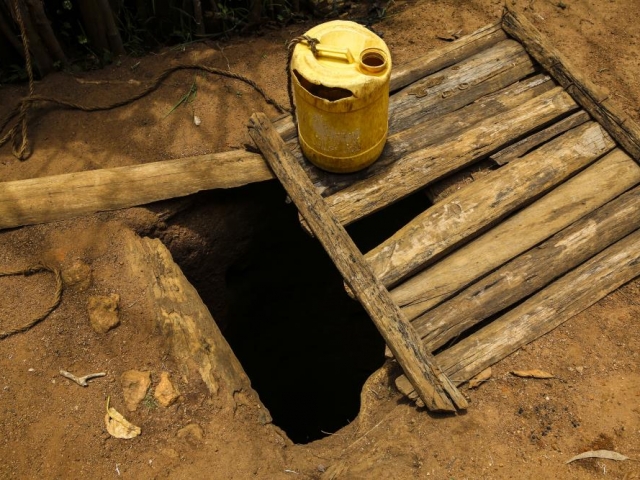 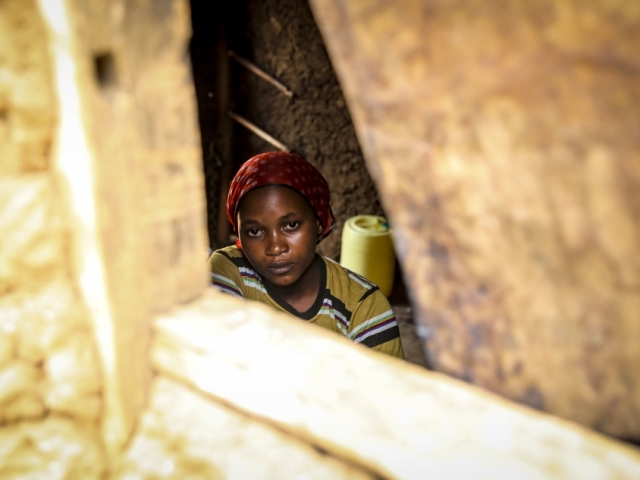 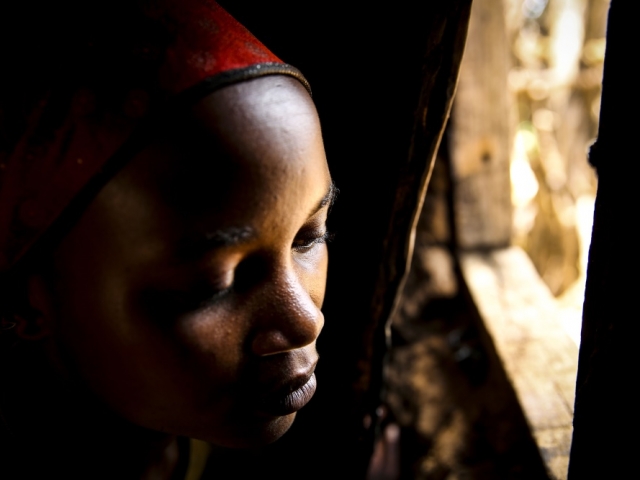 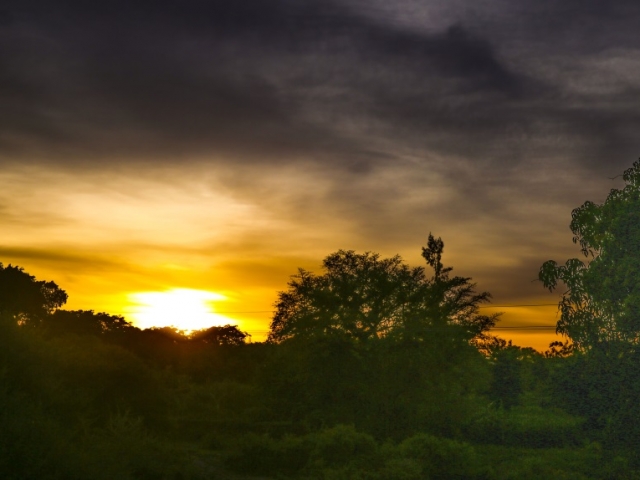 “I suffered alone, I bled severely for weeks when I was cut on my sacred place.”

Penina Samwel Mgosi has a gentle face, two soft dimples on each cheek. Her smile comes easily. But as she recollects the events that shaped the woman she would become, her brown eyes darken. The fear, as she readied herself under the shade of the thatched roof of the hut she shared with her mother in preparation for the brutal, barbaric act, is palpable.

Female genital mutilation (FGM) is described by the World Health Organisation (WHO) as the deliberate mutilation of female genitalia. It is often the removal or the cutting of the labia and clitoris for non-medical reasons. According to WHO, more than 200 million girls and women have been cut in 30 countries in Africa, the Middle East and Asia where the practice is most common.

In Tanzania the practice of FGM as well as child marriage and pregnancyis widespread and through the Law of Marriage Act (1971), remains legal. The cutting of young girl’s genitals is seen as a rite of passage into adulthood, signifying her readiness for marriage and confirms that she could fetch a ‘good’ bride’s price – dowry in the form of cattle. This dowry is one of the reasons why the ritual remains popular. Young women are often threatened with bringing shame and bad luck to their families if they refuse to undergo the ritual. And in the small villages which dot the country, it has become an issue of honour – not for the young women who undergo it – but for their fathers and brothers.

In Tanzania, FGM happens at a young age. Data collected by non-governmental organisation,Children’s Dignity Forum (CDF) in 2010, shows that 44 percent of FGM victims interviewed had undergone the ritual before the age of one. However, work being carried out by civil society organisations like CDF and Sonke Gender Justice, is helping to educate policy makers, religious and traditional leaders and community members, with the aim to outlaw and ultimately eradicate this human rights violation.

The young girls I meet in the northwestern district of Tarime see the practice as a tool used by traditional leaders and male relatives to deny them an education. In the villages here, women are not seen as individuals with agency. Their purpose is to marry, produce offspring and manage the household duties. In addition to this repression, many young girls experience life threatening health problems as a result of the practic, which can cause severe bleeding and lead to problems urinating, cysts, infections as well as complications in childbirth and increased risk of newborn deaths.

Penina was just 14 when her father and brothers first applied pressure on her to undergo FGM. They hoped to make her “more valuable” to the man they wanted her to marry. She would bring disgrace to her family if she did not follow through with their arrangements, they said. Her imagination was filled with the images of the “bad spirits” she would attract were she not to undergo the procedure. Later, she would lie on her straw bed alone in the dark, bleeding from her genitals with the same relatives refusing to assist her out of fear she would die. If she did, they worried they would be ostracised by the community.

Now 25, Penina lives with her mother, Elizabeth, in Kubiterere Village, in a small hut on the rolling hills of Mwema Ward, Tarime, where she raises her son, Simon, who is two. Giggling boys pass the time chasing livestock while Penina and her mother, who has rooted herself deeply in her Christian faith, bask in the sunshine before the rain comes.

“Being a Christian with strong beliefs, my mother refused to observe the practice in her house. There were no women to cook or organise preparations. I was afraid. I was not proud of becoming an adult.

“I knew it was something scary and traumatic. I suffered alone. People were even scared to take care of me during such severe bleeding. After that, the pressure came for child marriage. I felt like that was child abuse, being forced to marry young,” she says.

When Penina gave in to the pressure to marry, she was wed into a polygamous marriage with an older man. In that household, she experienced another form of abuse. She was treated as a maid with every task falling into her care.

“They don’t give you respect as a married woman, as an adult. My marriage was not prestige, I was not proud of it. I thought to myself ‘Is this marriage, all this work?’. I considered coming back home. If I did go home, how was I going to survive? I would be beaten until I return to my husband. I would bring shame to the whole village,” she says.

After receiving complaints from irate community members who questioned her father about taking Penina out of school, he retrieved her from her marital home.

“When I came back, I fought hard for a chance to go back to school. I managed to go up to form four [high school] then had a baby when I was 23,” she said. She is committed to raising Simon with the understanding that women should not be treated as possessions or domestic “slaves”, that he should encourage his future partner to seek an education.

The cultural practice of FGM is also a driver of gender-based violence in the country, says Kambibi Kamuaisha, Head of Field Operations for CDF. Young girls like Penina who are forced to leave education to enter into marriage or leave school after genital mutilation, are vulnerable to a variety of exploitations, she explains.

“They are young, they can’t make their own decisions and they lack the proper information to take action. They can’t report anything [to authorities] because most of the time they are dependant on the abuser,” she says.

To help combat this, the CDF host workshops with young girls to inform them of their rights, the dangers of the ritual and the importance of education, while also placing pressure on traditional leaders to influence communities to encourage female empowerment and agency.

A few miles from the slopes of Kubiterere Village, Leah Anthony Chacha, 19, lives in a closed community with relatives whose huts form a semicircle in the forest near Kahangara Village. She was ten when she underwent FGM, convinced by her peers that she would be a person with no value in the community if she did not “carry the scars.”

“I didn’t tell my mother. When I was cut, it was traumatic. When I came back home, the bleeding did not stop. I cried because of the intense pain. They cut me mainly on my clitoris. I regretted my decision.

“After I was cut I realised the error, this was not what I really wanted and I didn’t understand the implications of my actions before. I could have died. When I look back now, my level of understanding was low and I allowed peer pressure to make the decision for me,” she says.

Her voice falters when she says, “When I touch my private parts, I just feel the scar. I know that it is a lifetime scar.”

Now Leah uses her story to educate others, to correct misconceptions and to empower women in her community. She attends sessions facilitated by the CDF to build on her knowledge and actively informs her relatives of the trauma young girls face when undergoing genital mutilation and the lasting psychological and physical effects she carries with her to this day.