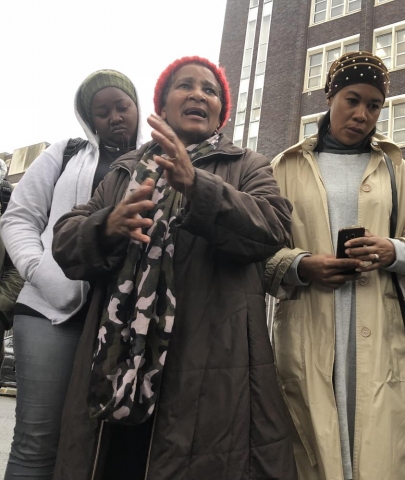 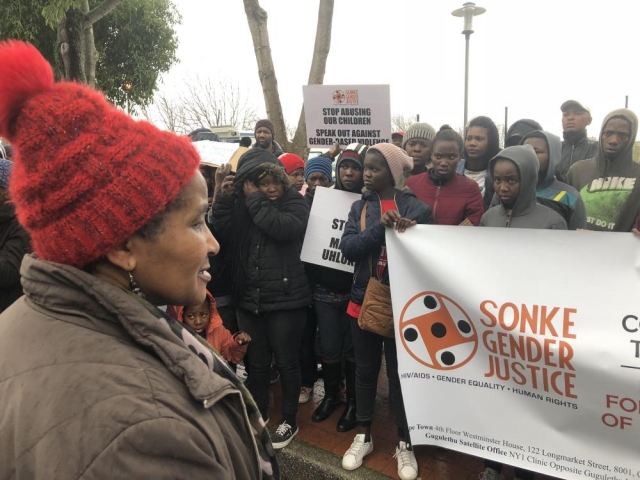 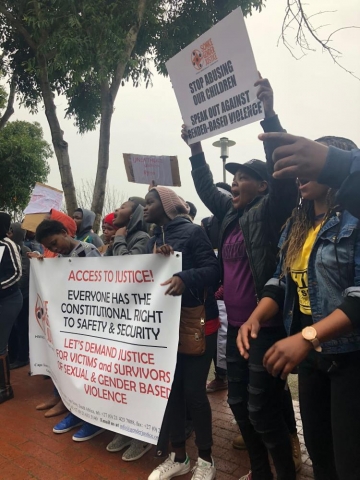 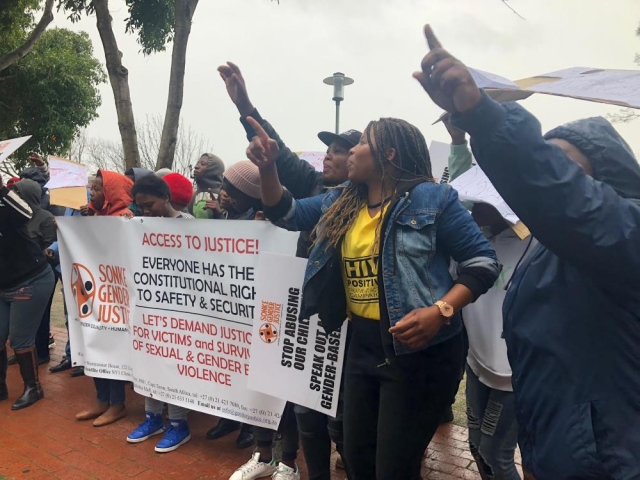 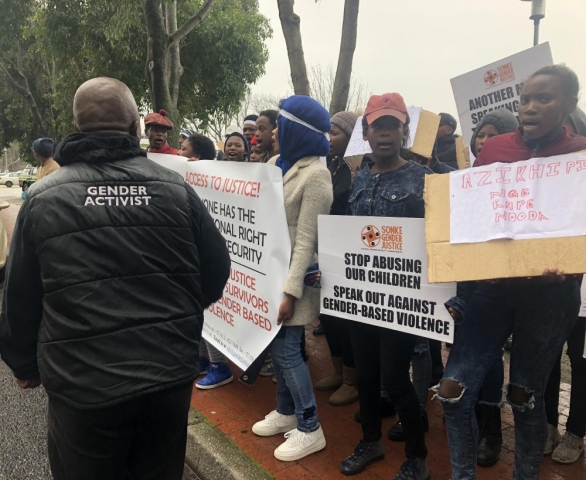 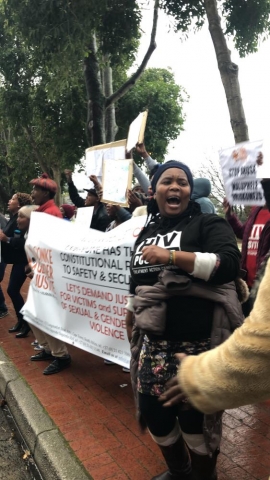 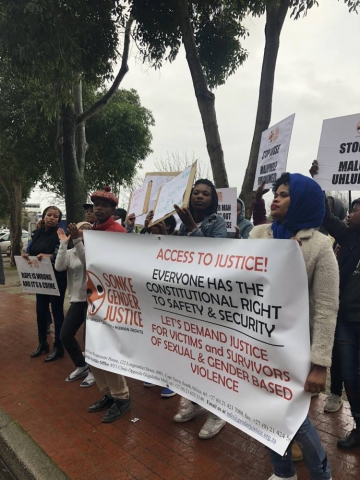 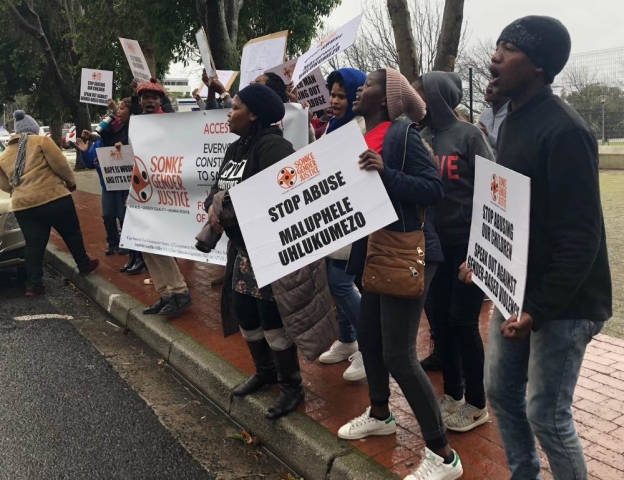 On 12 July 2018, Sonke Gender Justice and Gugulethu community members picketed outside of the Wynberg Magistrate Court to support the family of a 12-year old girl who was abducted and raped last year by a 24-year old man.

For more than two hours, over 50 community activists stood outside in the cold winds and rain, singing struggle songs to place pressure on the court to deliver swift justice. Throughout the picketing the crowd grew, drawing more support from women in the surrounding area. This is evidence that ending gender-based violence and criminalising rape is an important issue for communities. The case, which started on 3 May 2017, was unfortunately postponed once more, delaying justice for the girl and her family.

Despite the postponement the energy from the crowd picketing outside the court was embraced by the family of the victim. Inspired, the girl’s grandmother delivered a speech to picketers informing them about the progress of the case and thanking them for their solidarity. She ended the speech with a heartfelt, “I love you,” as a token of her gratitude. Others who didn’t have personal connections to the case showed their solidarity by beeping as they drove by or joining the picketers on foot.

Sixteen year-old, Lerato Sello, joined the picket when she was drawn by the music. She said: “I started hearing music and my soul just kind of gravitated towards [it].”

Proceedings will resume on 23 July 2018. Sonke will continue to monitor the case and provide support to the family in this challenging period. Community members will join Sonke once more to maintain its pressure on the court. Sonke is also encouraging the government to implement its Shadow Framework into a National Strategic Plan against gender-based violence of all kinds, including – but not limited to – rape. To get involved in efforts of support or to receive updates on the case, follow Sonke on Twitter (@SonkeTogether) and Instagram (@sonkegenderjustice).