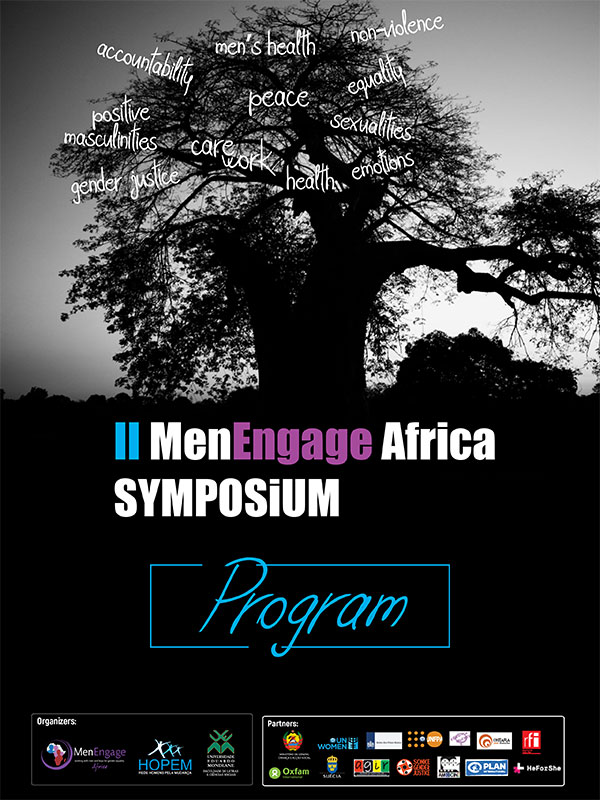 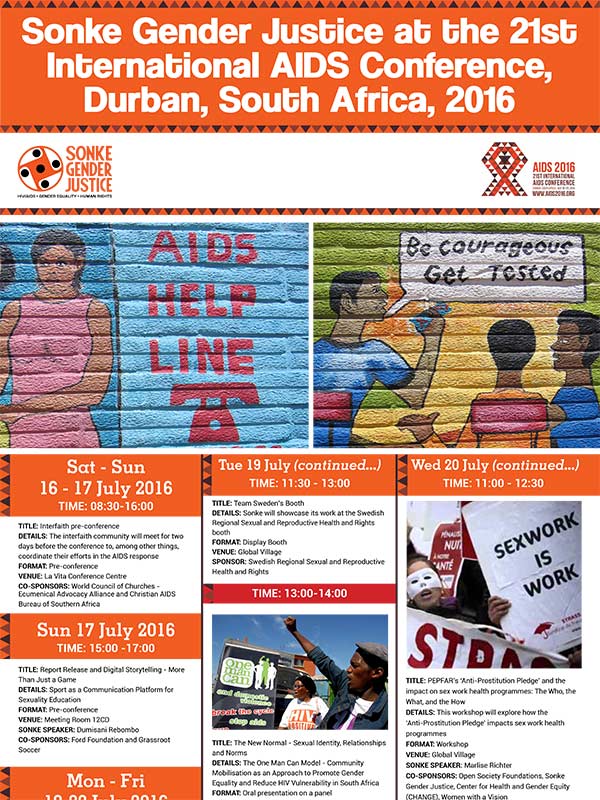 A timetable of events that Sonke will be involved in at the 21st International AIDS Conference, being held in Durban, South Africa from 18–22 July 2016. 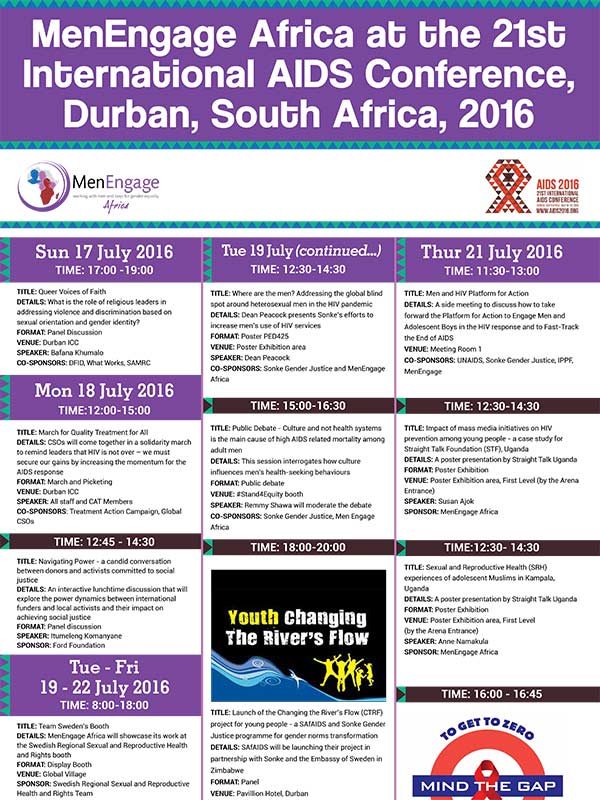 A timetable of events that MenEngage Africa will be involved in at the 21st International AIDS Conference, being held in Durban, South Africa from 18-22 July 2016.

Rights, Roles and Responsibilities of Men in Fast-Tracking the End of AIDS 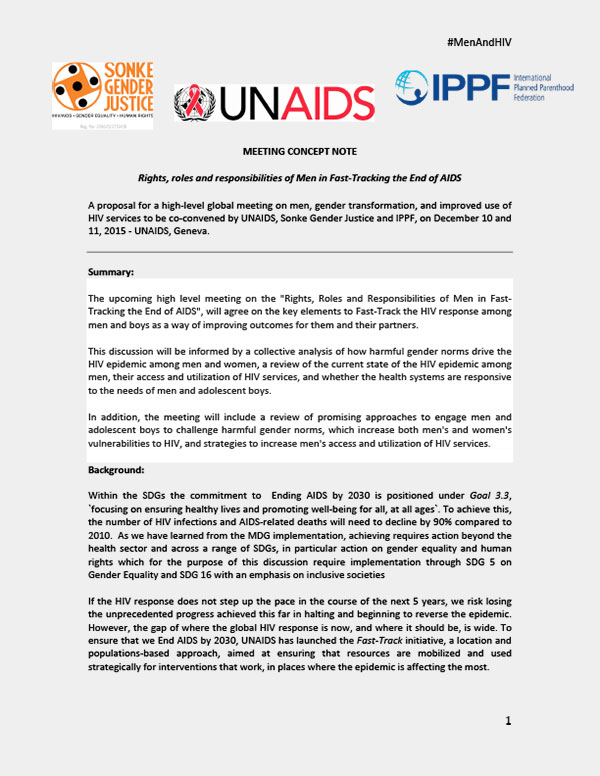 The high level meeting on the “Rights, Roles and Responsibilities of Men in Fast-Tracking the End of AIDS”, will agree on the key elements to Fast-Track the HIV response among men and boys as a way of improving outcomes for them and their partners. This discussion will be informed by a collective analysis of how […] 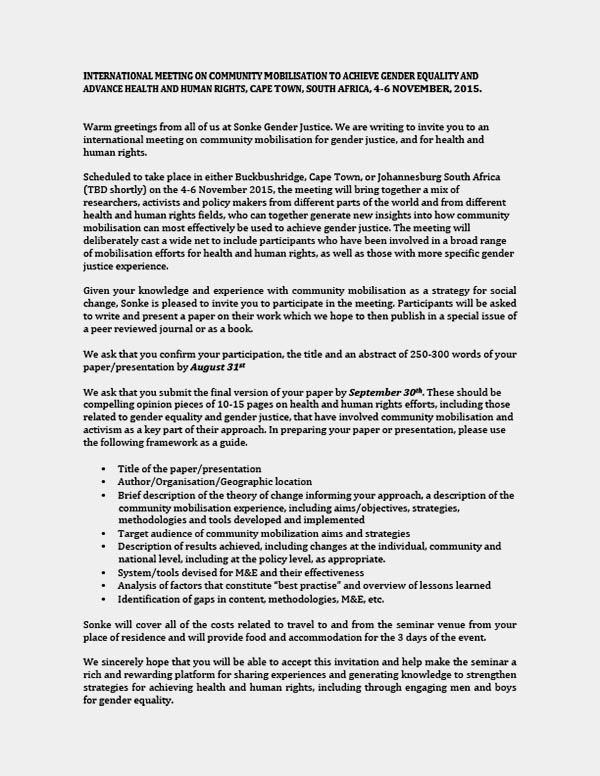 Warm greetings from all of us at Sonke Gender Justice. We are writing to invite you to an international meeting on community mobilisation for gender justice, and for health and human rights. Scheduled to take place in either Bushbuckridge, Cape Town, or Johannesburg South Africa (TBD shortly) on the 4-6 November 2015, the meeting will […] 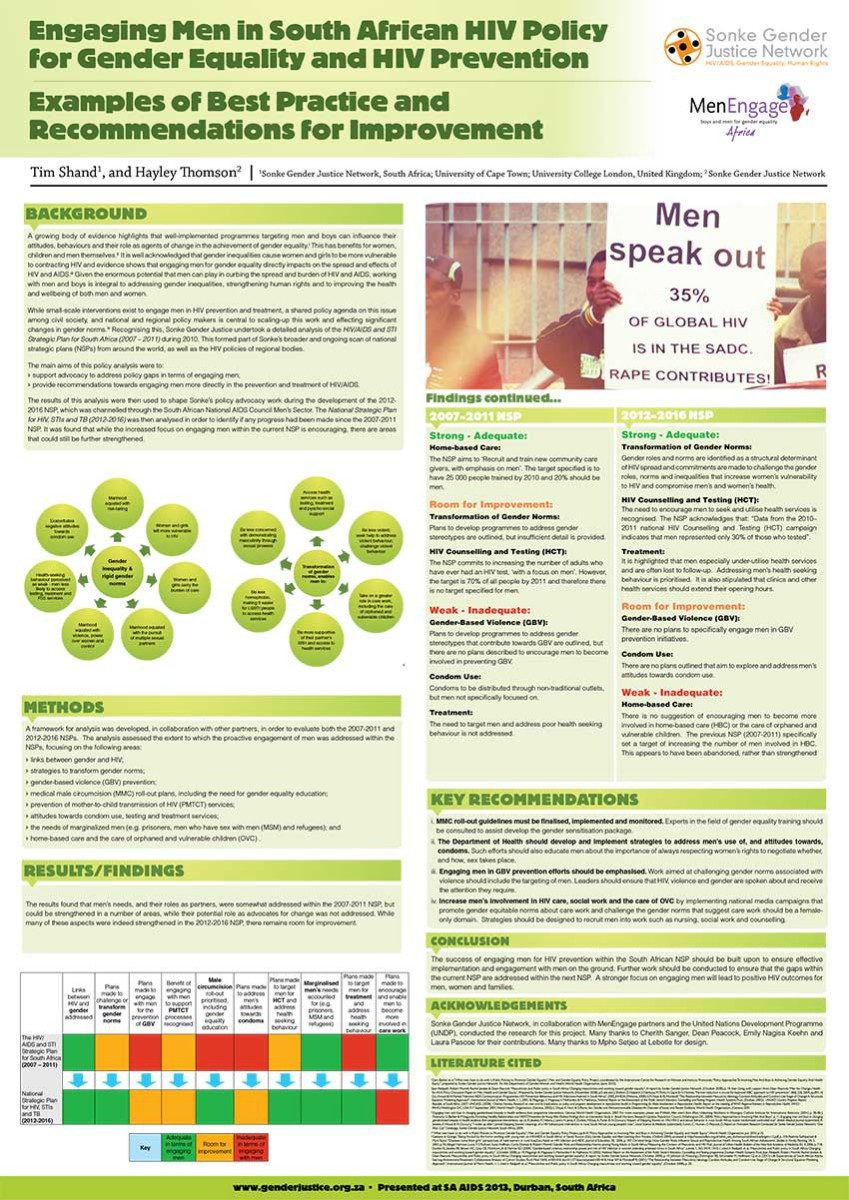 A growing body of evidence highlights that well-implemented programmes targeting men and boys can influence their attitudes, behaviours and their role as agents of change in the achievement of gender equality. This has benefits for women, children and men themselves. It is well acknowledged that gender inequalities cause women and girls to be more vulnerable to […] 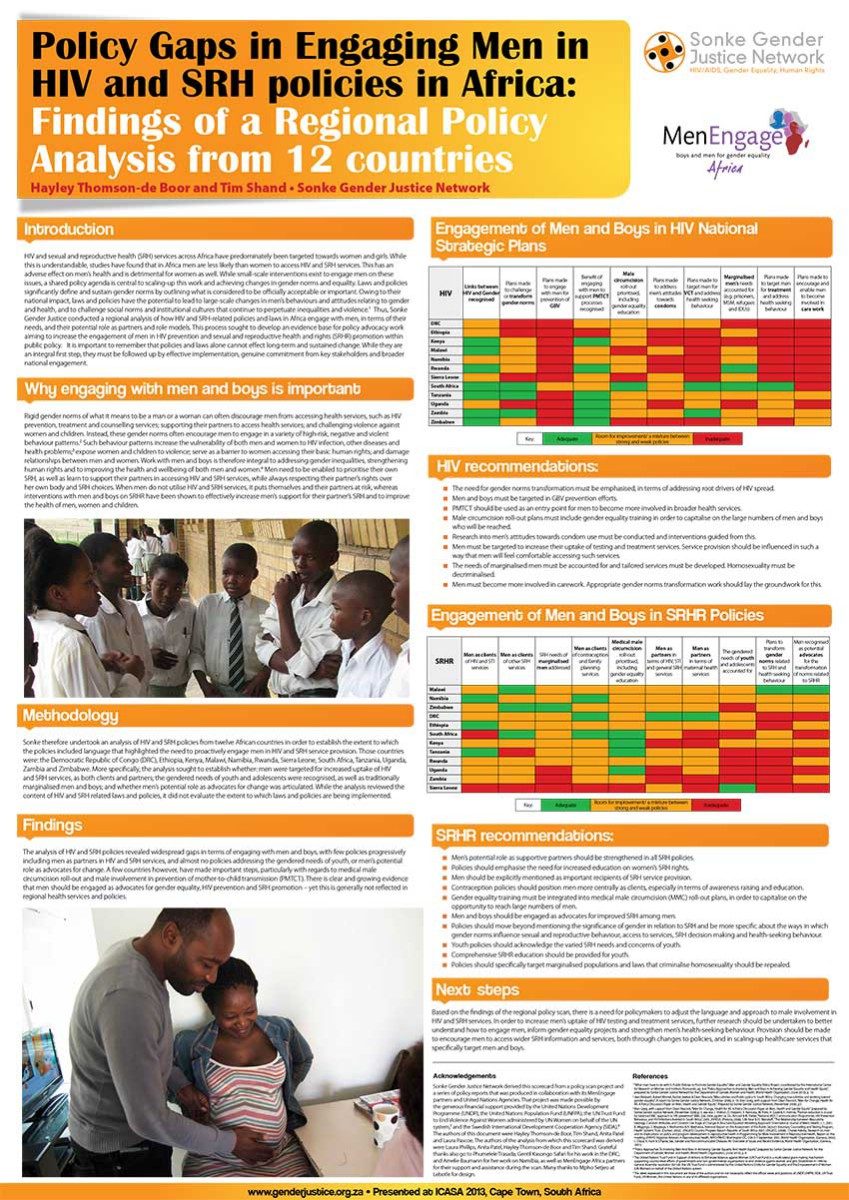 HIV and sexual and reproductive health (SRH) services across Africa have predominately been targeted towards women and girls. While this is understandable, studies have found that in Africa men are less likely than women to access HIV and SRH services. This has an adverse effect on men’s health and is detrimental for women as well. […] 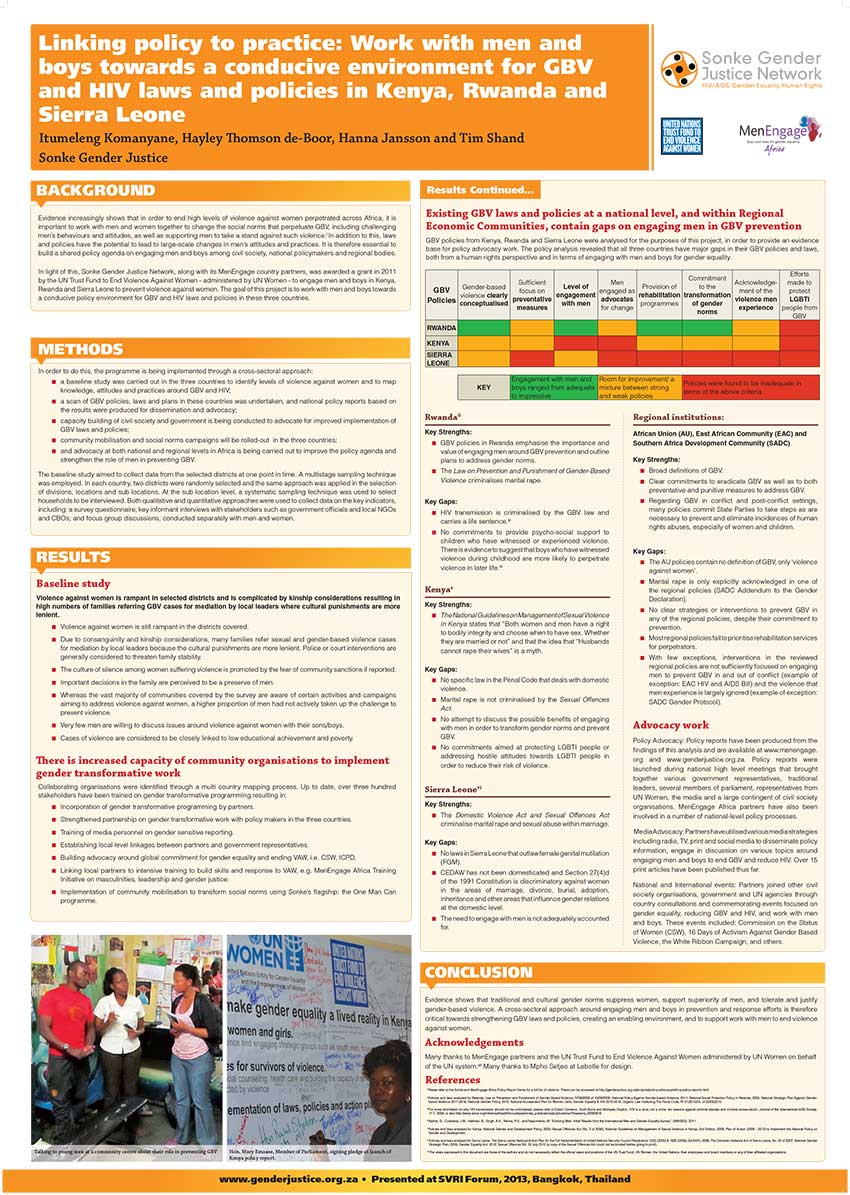 Evidence increasingly shows that in order to end high levels of violence against women perpetrated across Africa, it is important to work with men and women together to change the social norms that perpetuate GBV, including challenging men’s behaviours and attitudes, as well as supporting men to take a stand against such violence. In addition […] 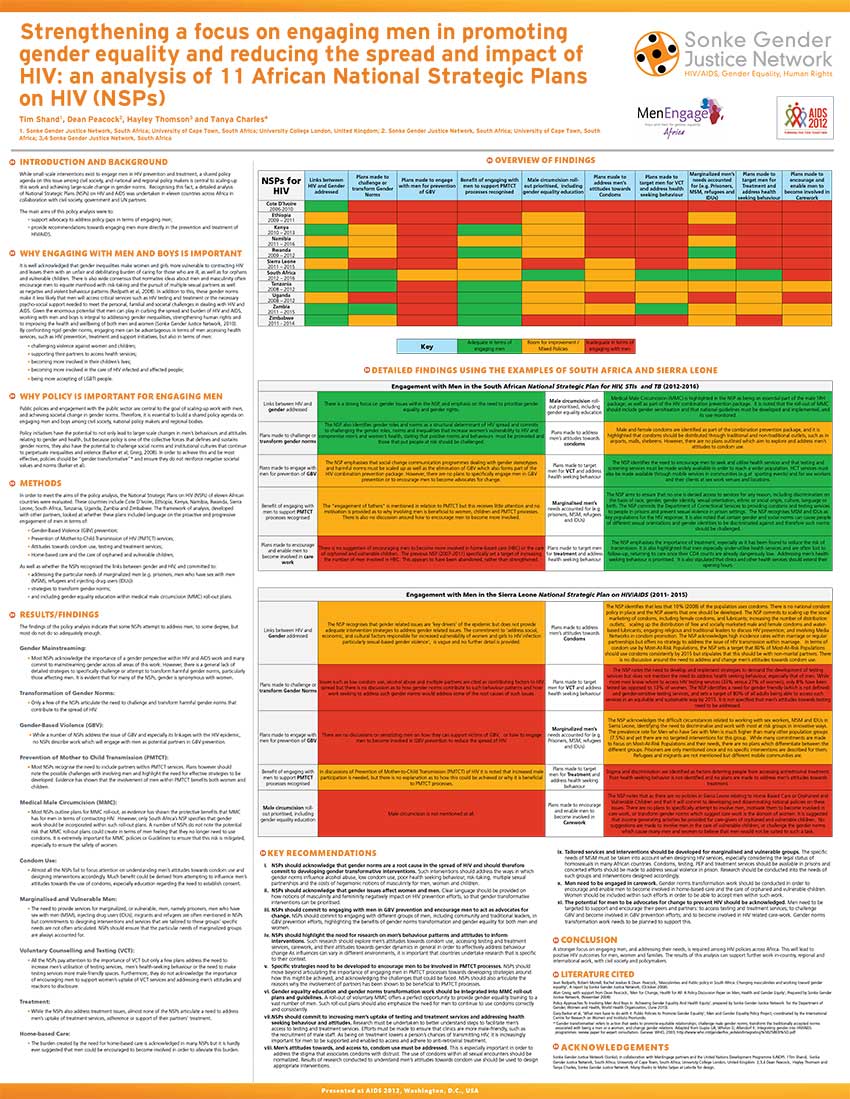 While small-scale interventions exist to engage men in HIV prevention and treatment, a shared policy agenda on this issue among civil society, and national and regional policy makers is central to scaling-up this work and achieving large-scale change in gender norms. Recognising this fact, a detailed analysis of National Strategic Plans (NSPs) on HIV and […] 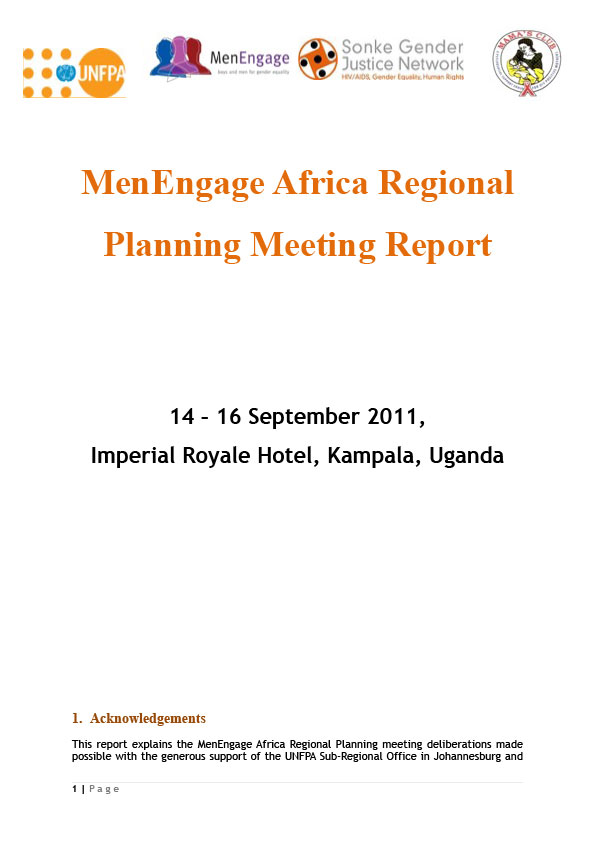 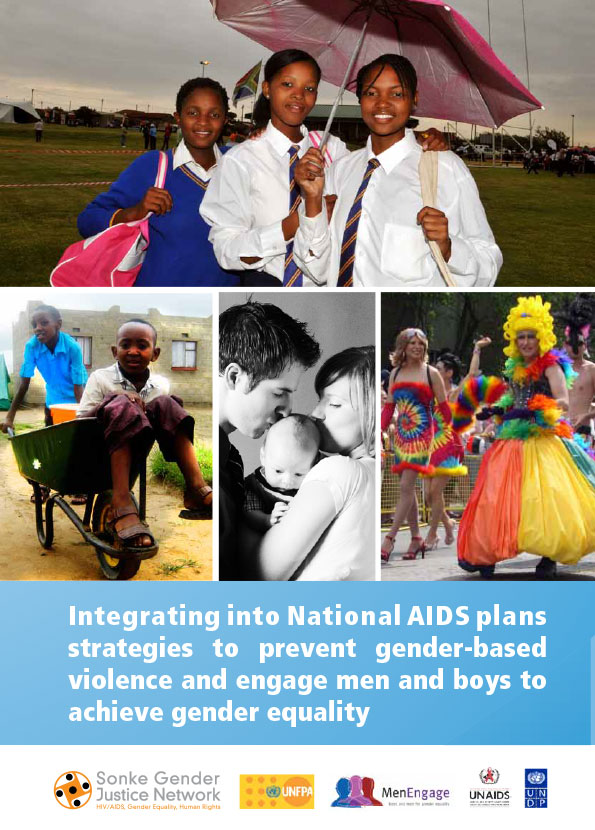 In spite of greater knowledge about – and evidence of – the intersections between HIV, gender inequality and violence against women and girls, programming has not yet reached the scale, depth or breadth required to reverse the epidemics of gender-based violence and of HIV or effectively integrate men and boys in efforts to challenge and […] 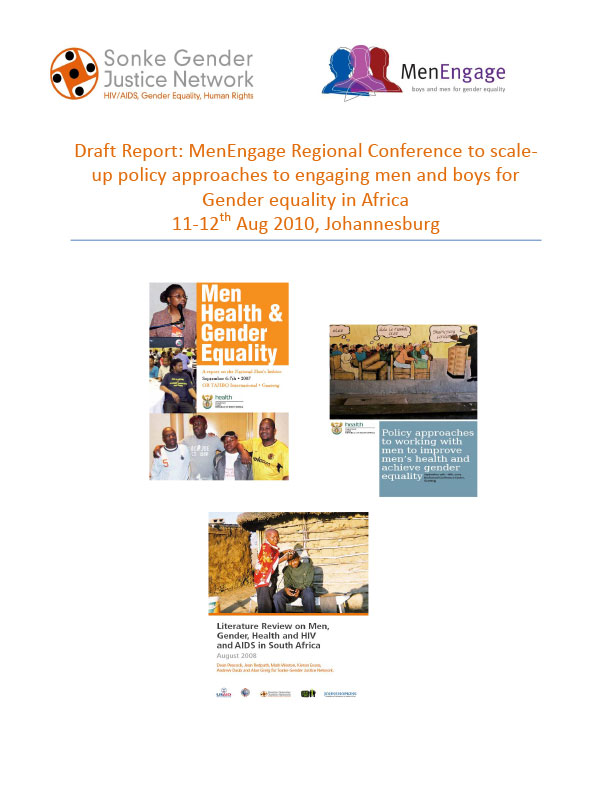 Gender inequality in Africa continues to undermine democracy, impede development and compromise people’s lives in dramatic ways. Indeed many studies have shown that contemporary gender roles and especially rigid notions of manhood contribute to gender-based violence, and increase in maternal mortality and exacerbate the spread and impact of HIV and AIDS. Achieving economic, social and […] 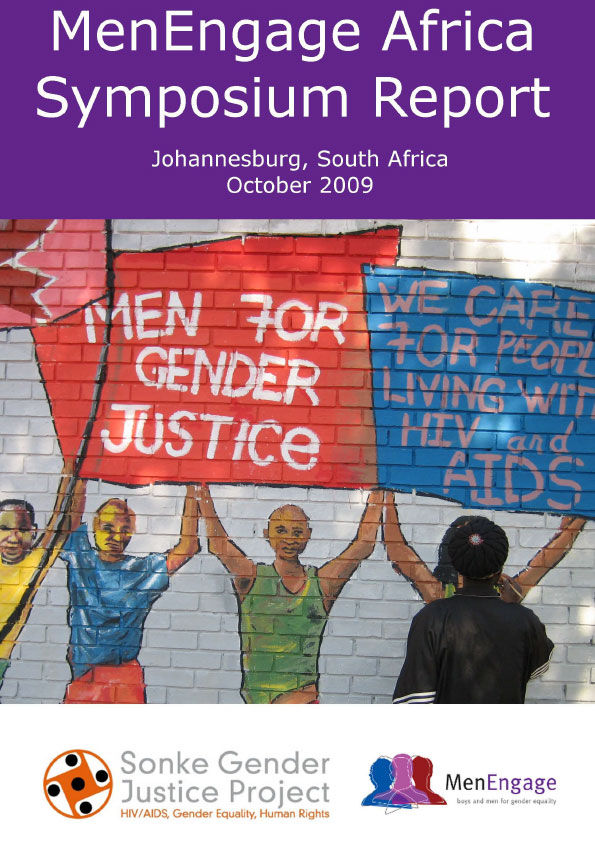 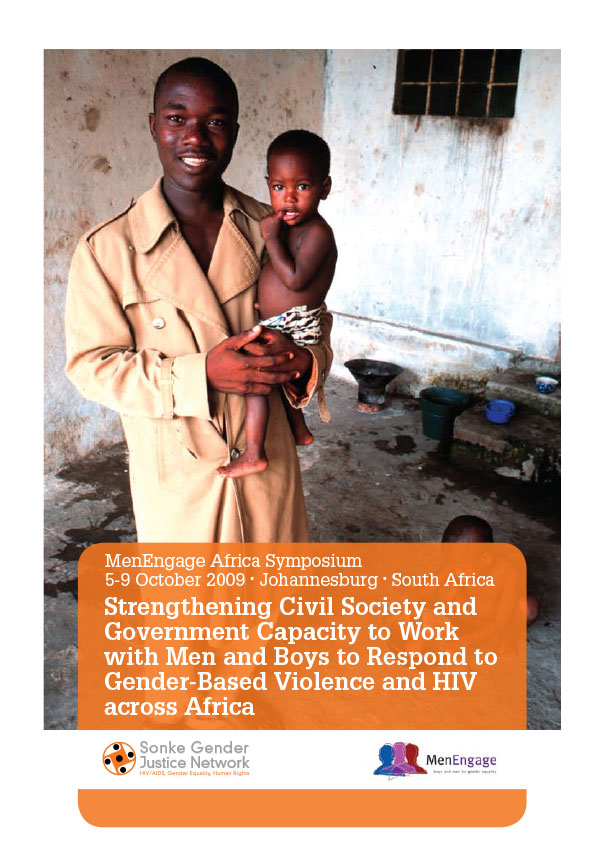 The MenEngage Africa Symposium brought together organisations and policymakers from across Africa to build civil society and government capacity to work with men and boys to respond to gender-based violence and HIV. This symposium specifically looked at ways of working with men and boys to achieve gender equality. It aims to add to and share […] 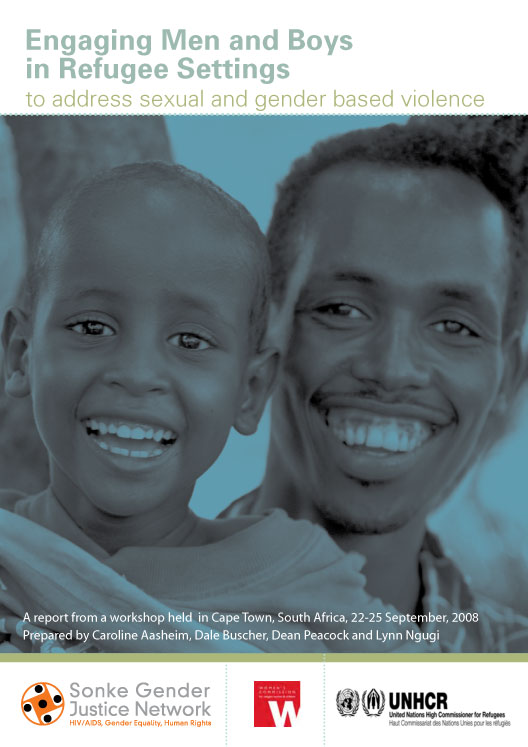 A four-day regional workshop was facilitated by Sonke Gender Justice Network (Sonke) and the Women’s Commission for Refugee Women and Children (Women’s Commission), in cooperation with UNHCR, to increase and encourage the involvement of men and boys in the work against sexual and gender-based violence (SGBV). The participants consisted of multifunctional teams from nine different […] 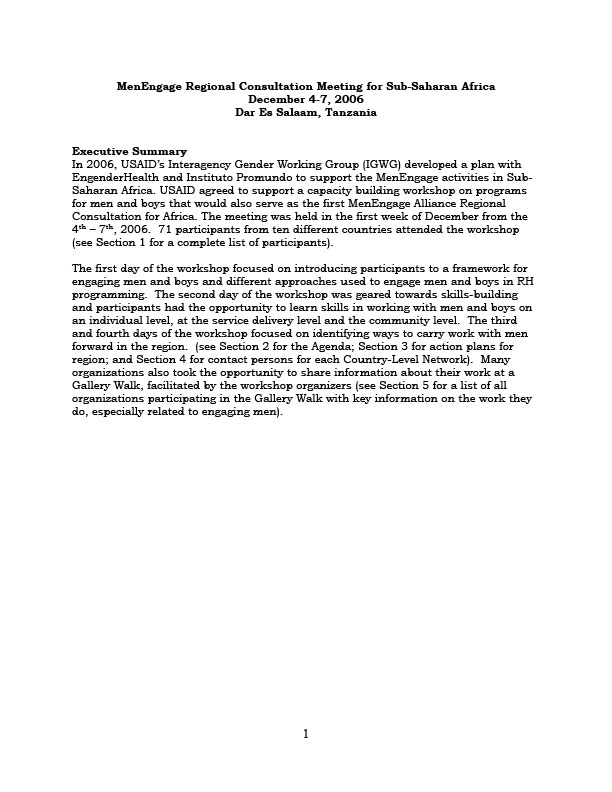 In 2006, USAID’s Interagency Gender Working Group (IGWG) developed a plan with EngenderHealth and Instituto Promundo to support the MenEngage activities in Sub-Saharan Africa. USAID agreed to support a capacity building workshop on programs for men and boys that would also serve as the first MenEngage Alliance Regional Consultation for Africa. The first day of […]