A view from South Africa on violence against women

UN Women, grounded in the vision of equality enshrined in the UN Charter, works for the elimination of discrimination against women and girls, the empowerment of women, and the achievement of equality between women and men as partners and beneficiaries of development, human rights, and peace and security. UN Women is, at its core, engaged in the promotion of women’s rights.

Currently UN Women does not have an explicit policy position with regard to sex work, the sex trade or prostitution and is in the process of developing such a position. Policy development will be grounded in international standards that guide UN Women’s work and an international human rights framework, including the Convention on the Elimination of Discrimination Against Women (CEDAW), the Beijing Platform for Action and the 2030 Agenda for Sustainable Development. 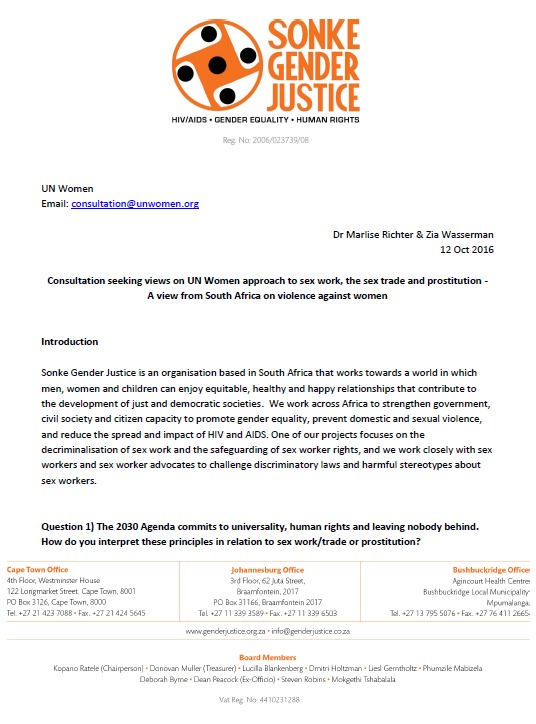