Background: Understanding how social contexts shape HIV risk will facilitate development of effective prevention responses. Social cohesion, the trust and connectedness experienced in communities, has been associated with improved sexual health and HIV-related outcomes, but little research has been conducted in high prevalence settings.

Conclusions: We identified potential health benefits of cohesion across three HIV-related health behaviors in one region with higher overall evidence of group cohesion. There may be a minimum level of cohesion required to yield positive health effects. 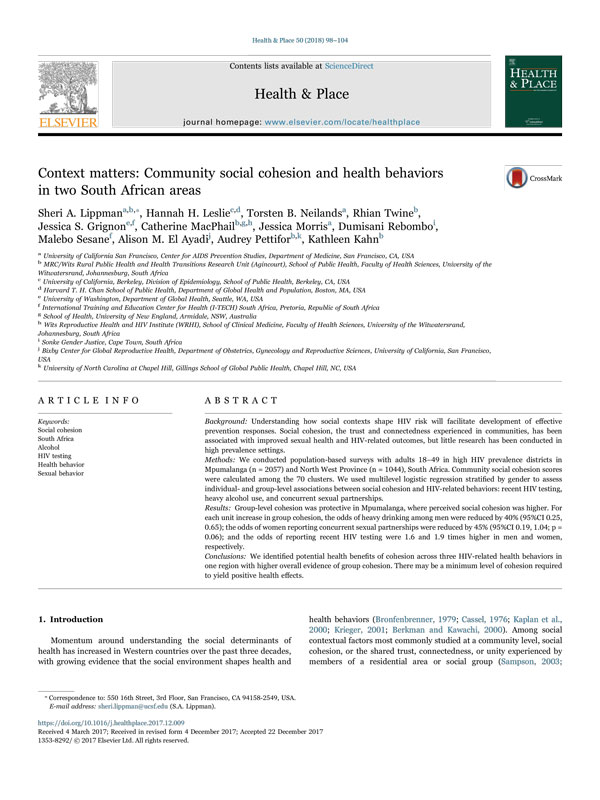