On or about 6 May 2018, it was reported that charges of assault were filed against Manana at the Douglasdale police station in relation to the assault of his former domestic worker, Ms Catherine Wiro (‘Wiro’). It is alleged that Manana pushed Wiro down the stairs. Despite Wiro having withdrawn the charges filed against Manana, the National Prosecuting Authority have refused to withdraw the changes and instructed the South African Police Services to continue with the investigation of this matter.

It is further alleged that Manana attempted to pay Wiro R100,000.00 to withdraw the charges against him, for which charges have been laid against him.

However, as at the date of this letter, Mr Manana remains an MP, despite numerous calls for his resignation. 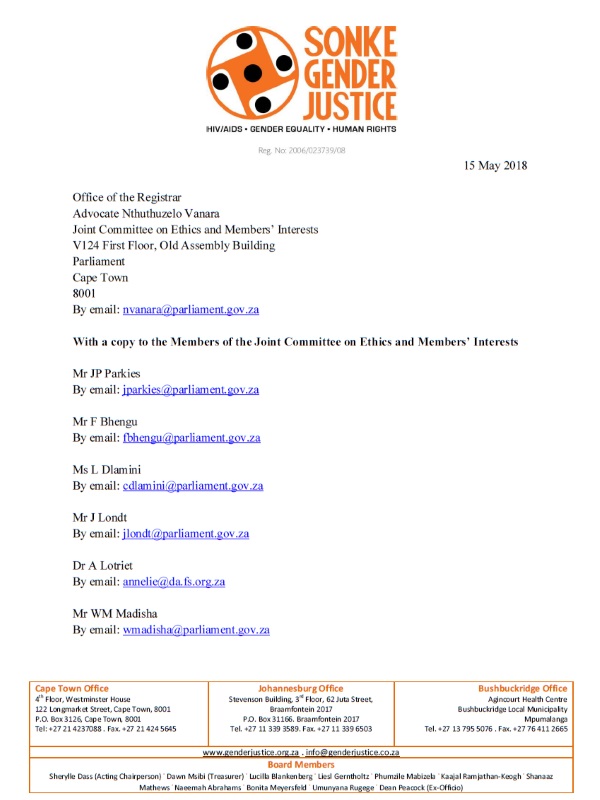